25-Sep-2013
NOTE: This article is 3 years or older so its information may no longer be relevant. Read on at your own discretion! Comments for this article have automatically been locked, refer to the FAQ for more details.
This is a follow up post from Part 1 where I started the boot install, in this post I talk about the carpeting, fitting the acrylic window and mounting the amplifier.

This is the end result with the whole floor carpeted and the amplifier fitted: 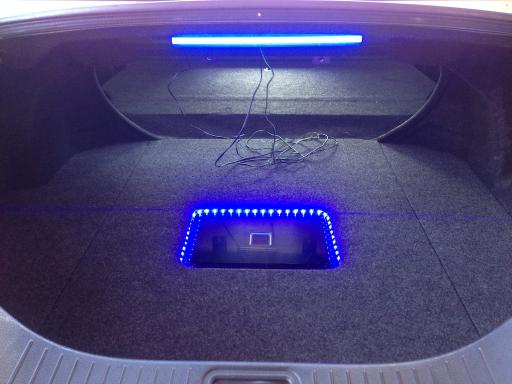 The first thing I did was putty up the holes in all the parts that were being carpeted. This was just normal wood putty that had a 30min drying time. 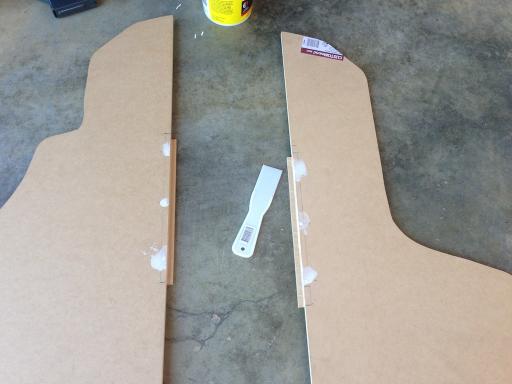 The putty was sanded down and I decided to route out 2mm on the middle section supports to allow for the carpet to be laid over them, it didn't turn out very good, but since it was going to be covered in carpet I didn't try to fix it. 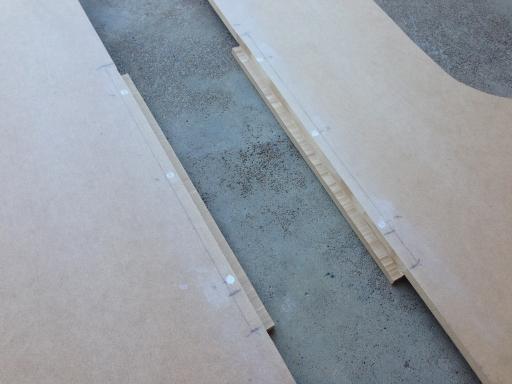 So then the contact adhesive went on, both sides, 5 minutes before sticking the carpet on. 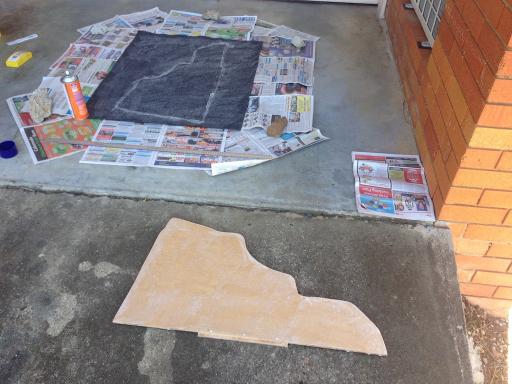 Once the carpet was on the MDF, I smoothed it out by rubbing it in circular motions until it felt tight across the top, then it was wrapped around the sides and stapled. 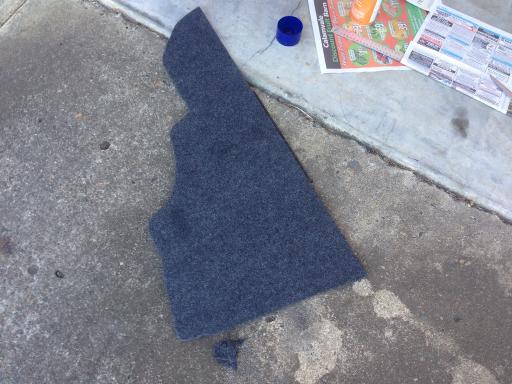 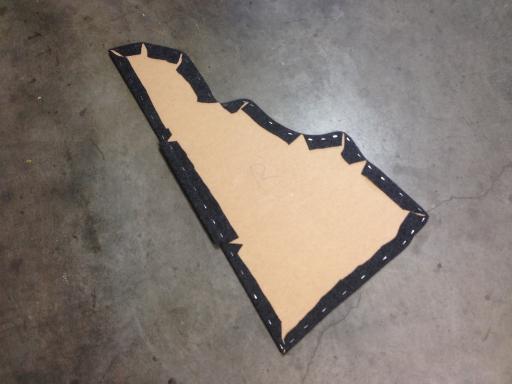 Once both the left and right sides were done, it was time to test fit these... 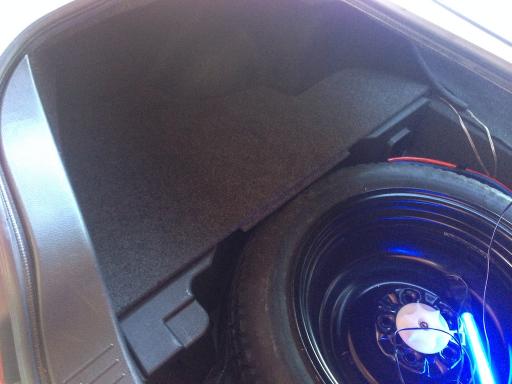 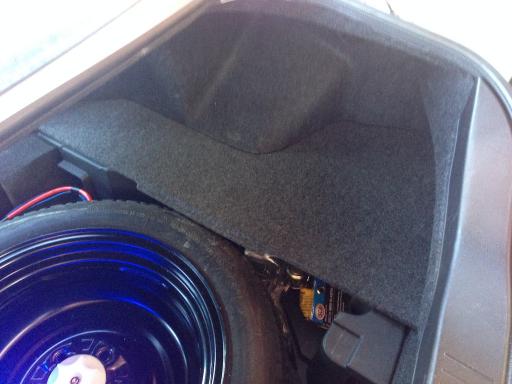 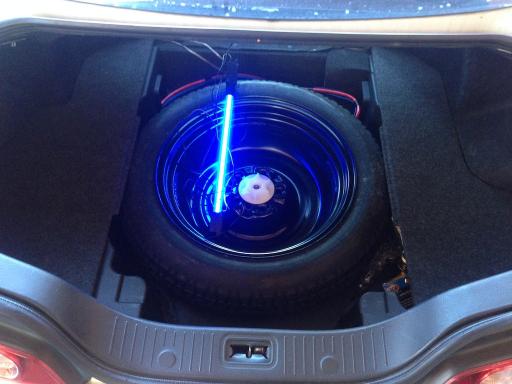 Turned out the right side had a huge gap, so while I still had the time with the contact adhesive not being fully dry, I've undone some of the staples, peeled back the carpet and put in a piece of MDF that I cut out to fill in the gap. 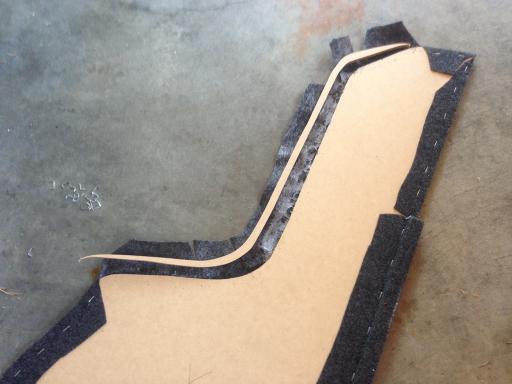 The piece of MDF was glued in using PVA and stapled, then the carpet was stretched over it and stapled back again. 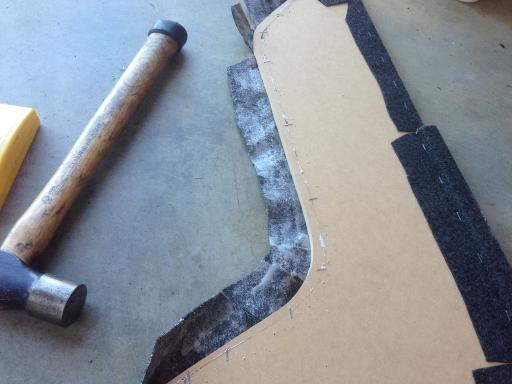 Then I cut out a hole for the ring pull and routed out around the outside so it will be more sunken in when fitted later. 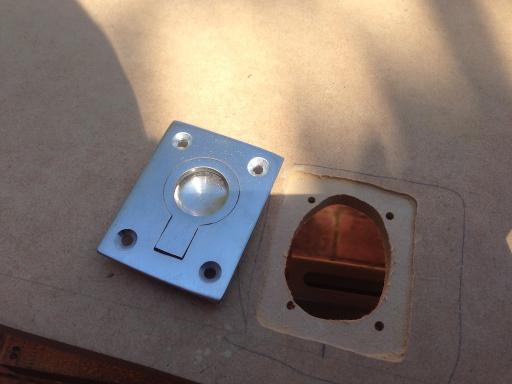 After all of that and a lunch break, it was time to do the centre section. This is the trickiest due to the hole that's cut out, and the shelf for the amplifier that's inside. All visible surfaces had to be carpeted. 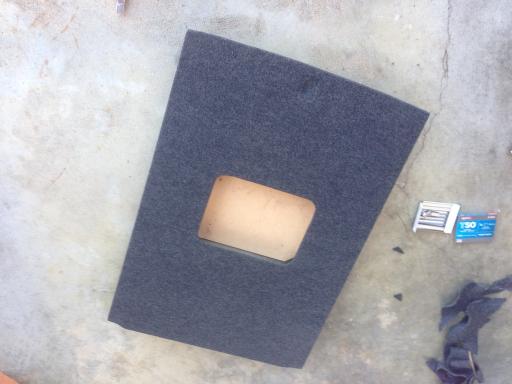 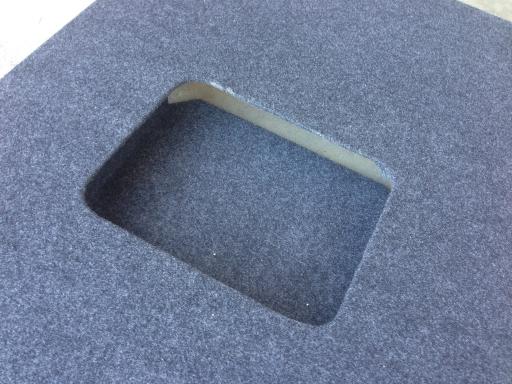 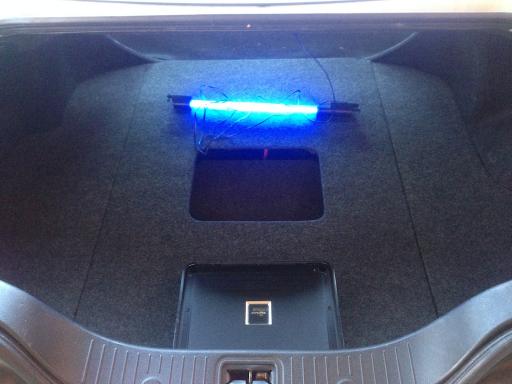 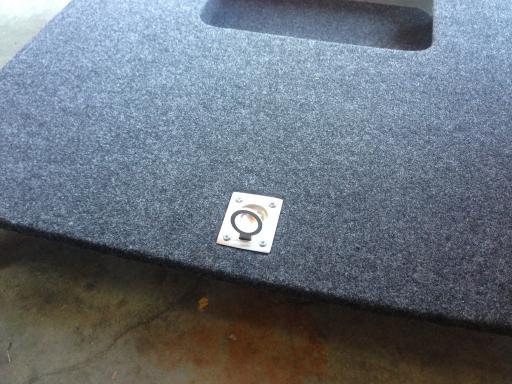 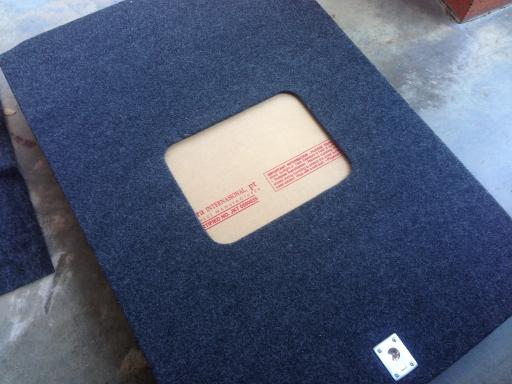 I needed to cut out a frame to mount the acrylic window from the underside, this too had to be carpeted because it would be partially visible from the top. 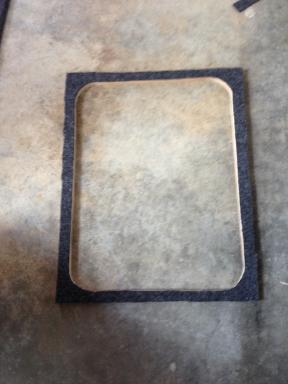 I thought about how I would mount the amplifier itself in a way to make it easy to remove if needed, which meant that I could not mount it the normal way with the screws through the top. So I've decided to cut pieces of dowel and put them into the amplifier's mounting holes, then put screws in from the bottom into the dowel. 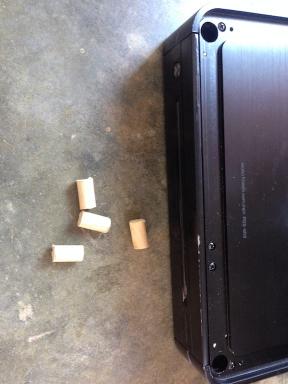 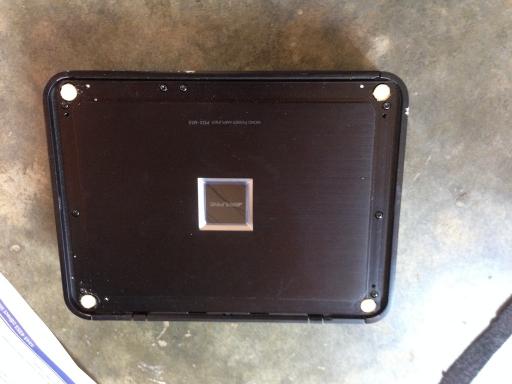 Now finally I could put the acrylic window in and mount the amp... 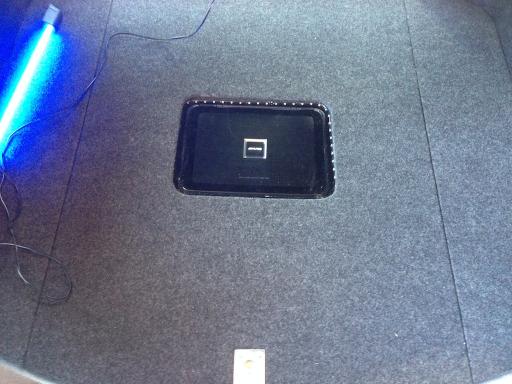 ...and finally with the lights: 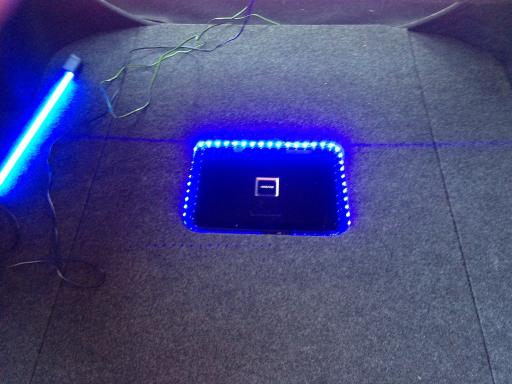 The floor is finally done, but that's not the end. I've still got to work on the new subwoofer enclosure, which is started, but is work in progress.