This game is art: Monument Valley

20-Apr-2014
NOTE: This article is 3 years or older so its information may no longer be relevant. Read on at your own discretion! Comments for this article have automatically been locked, refer to the FAQ for more details. 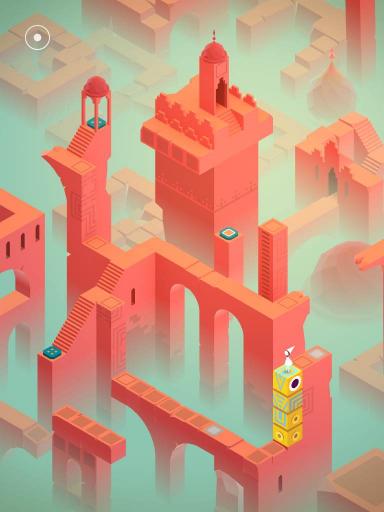 One of my friends sent this game to me on the iTunes store, saying that I have to play it: the game is like an art piece...well I was skeptical at first, but then I gave it a shot and wow, I am blown away. This game is amazing in so many ways and if you love puzzle games with a twist, then read on. You can find Monument Valley on the iTunes store now, there is only and iOS version at the moment, but an Android version is in the works.

The objective of this game is to guide your character, Ida, from wherever she starts to the exit square, this solves the level and lets you select the next one. This is quite simple as a concept, but there is a twist to this, which I'll get to in a bit.

Now for $4.99 in the iTunes store I think this game is a bit over-priced for how much content you get. There are only 10 levels to solve, the entire game can be completed within a couple of hours, depending how good you are at puzzles. However, what you have to think about with this game is that it's not just a game, it really is a piece of art and each level will have you in awe, so for the experience like that I think that's money well spent.

This game is very clean, it uses simple graphics, but the content is very well polished and it looks just so nice. From the opening screen to the level selector to the actual levels, there is no clutter, level design is amazing and the game is such a pleasure to play. 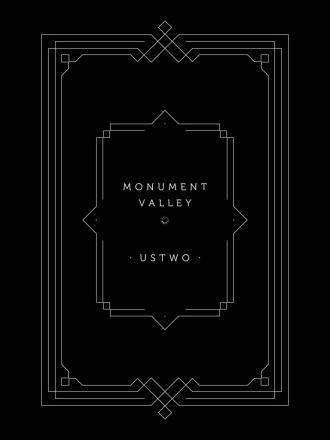 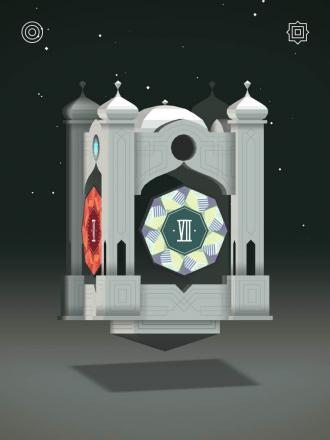 Ok enough putting it off, I did mention a twist...this game does not use normal Euclidean geometry, but what there is in place is some surreal impossible geometry that makes your mind boggle. At first everything looks normal, but even in the first puzzle, as soon as you move that lever your brain will have you saying "that did not just happen". In this game, it is possible to move Ida on various paths that could not possibly exist in the real world simply by rearranging the blocks using levers, switches and other means that the game allows you to modify its world.

For example, it's possible to move onto the yellow 'creature' by rotating the path and walking across onto the creature's head, but if you look closely, there should be nothing linking it's head and the new path you've just created, it's all just perspective! 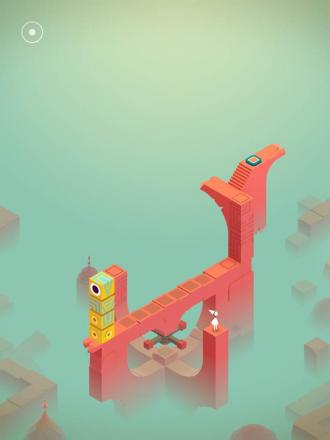 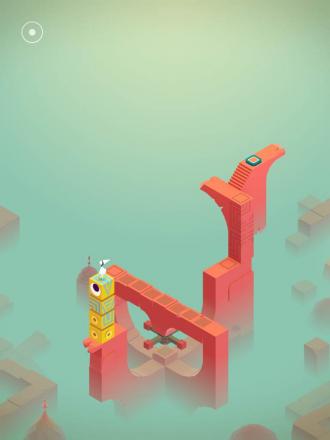 This same kind of pattern appears all the way though each of the ten levels. At times you get stuck thinking that it's impossible to move, but remembering that this game uses the crazy geometry, there is always a way forward. 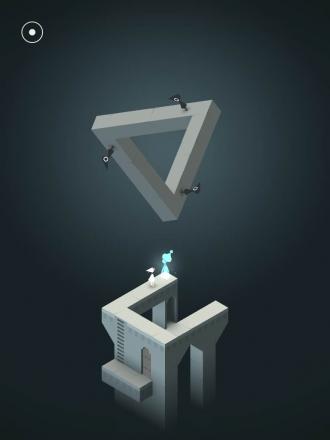 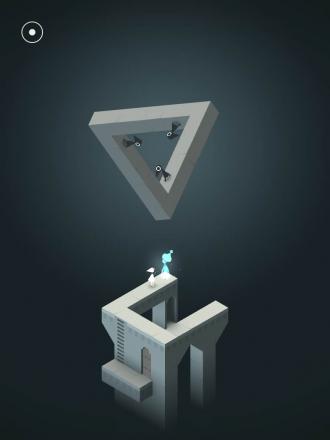 I recommend this game 100% and will definitely be on the lookout for similar games in the future.

All content and opinions expressed on this Blog are my own and do not represent the opinions of my employer (Oracle). Use of any information contained in this blog post/article is subject to this disclaimer.
Apple, Games, Review, iOS, MonumentValley
Igor Kromin