14-Dec-2015
NOTE: This article is 3 years or older so its information may no longer be relevant. Read on at your own discretion! Comments for this article have automatically been locked, refer to the FAQ for more details.
I had the Christmas Tree Flash LED Electronic DIY Learning Kit (SKU180142) laying around for a while but due to work commitments was only able to put it together this weekend. The kit is very easy to assemble, but it does have quite a few components to solder on.

The circuit board is very rudimentary with thick tracks and is completely single-sided. Overall the quality is quite decent and it's a fun kit to put together especially for the festive season!

I ended up buying two kits, the first was put together 'as is'. For the second kit, I changed some of the LEDs to make it a just a little bit different (topmost LEDs replaced with blue and yellow). This was the final result... 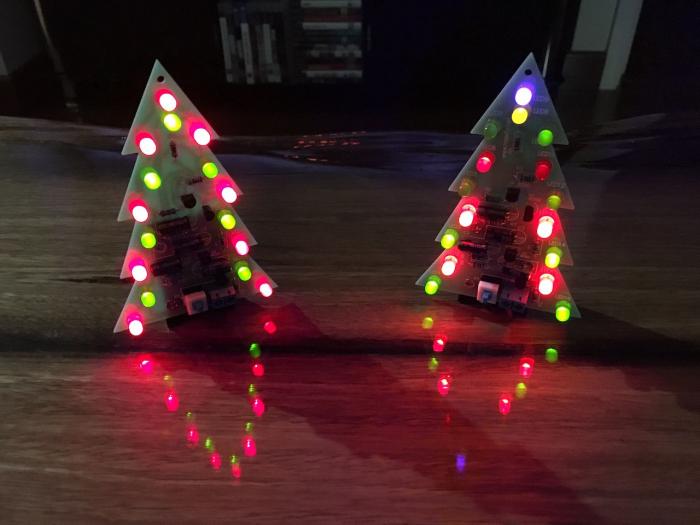 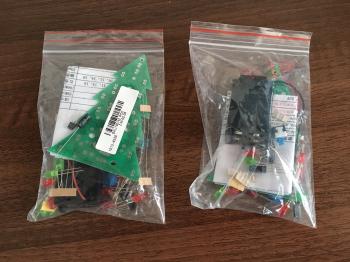 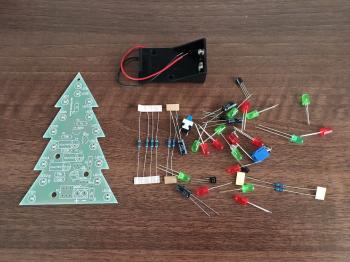 The instruction were completely in Chinese and of no use to me. You don't really need the instructions however. As long as the resistor values are measured, the PCB clearly marks what goes where. 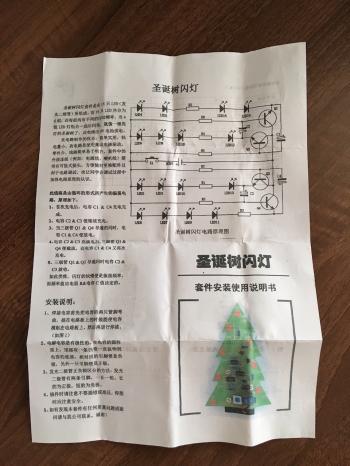 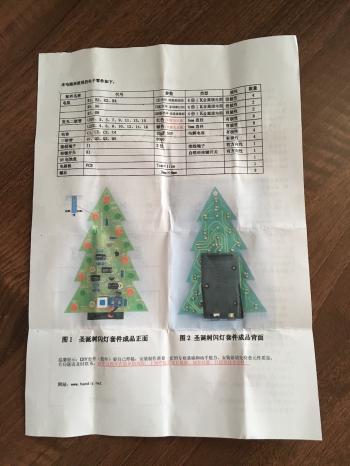 After the resistors were in, I soldered in the transistors. The orientation of these is marked out on the PCB so no need to check anything, just follow the picture. 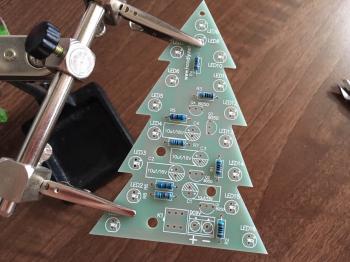 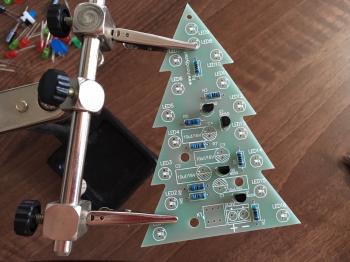 The capacitors and the LEDs were next. Most of the capacitors are aligned the same way, except C1. C1 is soldered in in a reversed position relative to the other capacitors so be careful with where the negative terminal goes.

The LEDs, just like the transistors are marked out on the PCB so getting their orientation is easy.

The switch and the battery terminal went in last. 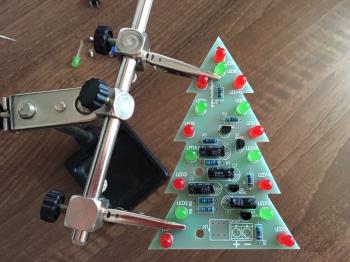 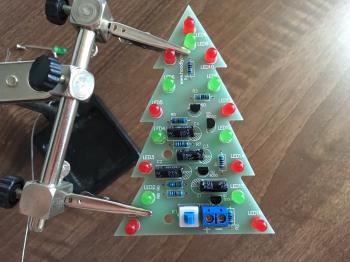 The battery pack is a bit is screwed in to the PCB in three places. One of these is under the C1 capacitor, so you need to pul it up to screw the battery pack in, then push it back down. 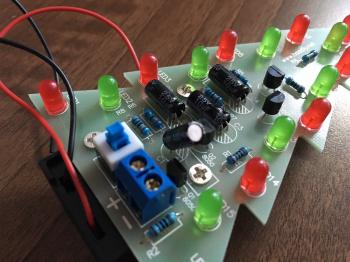 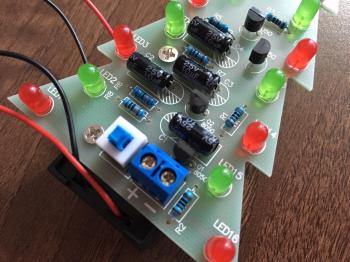 So that I didn't have the wires going all over the place, I cut the battery pack wires down to their correct lengths before attaching to the power terminal. 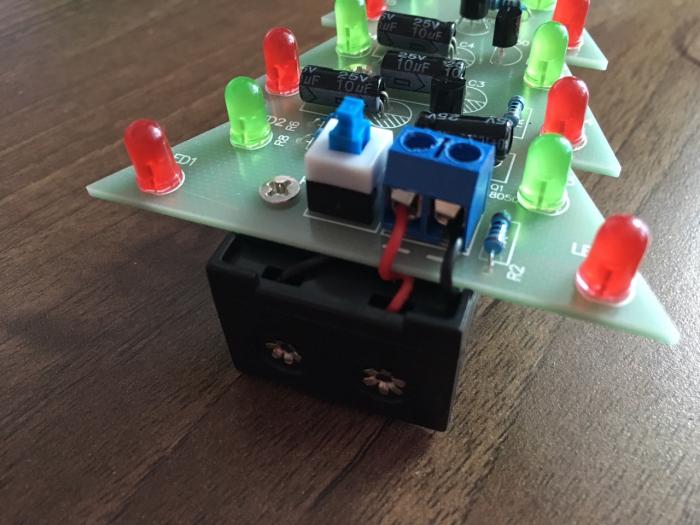 That's all there is to it! Just plug the battery in and you're set. The kit is available online here: Christmas Tree Flash LED Electronic DIY Learning Kit (SKU180142).

All content and opinions expressed on this Blog are my own and do not represent the opinions of my employer (Oracle). Use of any information contained in this blog post/article is subject to this disclaimer.
DIY, Electronics, Banggood, Christmas
Igor Kromin