7-Jun-2016
NOTE: This article is 3 years or older so its information may no longer be relevant. Read on at your own discretion! Comments for this article have automatically been locked, refer to the FAQ for more details.
After this weekend's big apartment clean up one thing that was really clear was that the oven is a pain to clean. When its door is open, there is a gap that lets bits of stray food fall through, while at the same time trapping it on the ledge just beneath the gap. Sometimes food even falls from that ledge and into the shelf below creating a mess. The design is terrible! I knew that this gap had to go and at first I was a bit stuck on how to make that happen. Then it hit me - Kapton Tape! 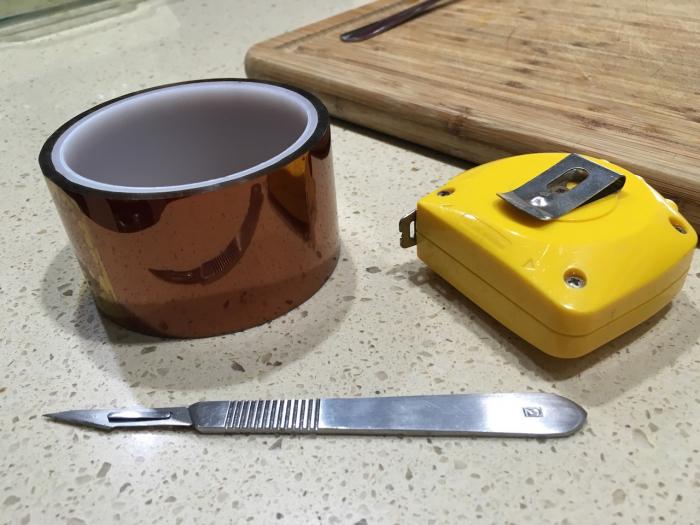 Since I have a 3D Printer I already had a roll of Kapton handy, so it was just a matter of getting it in place. I did some searching around the Net on whether Kapton is safe to use with food and it seemed to be so. It's used in frozen food packaging after all. With that knowledge in mind I went for it.

Lets see what I meant by the bad oven design though. Photos below show the shelf under the oven and the gap when the oven door is open. 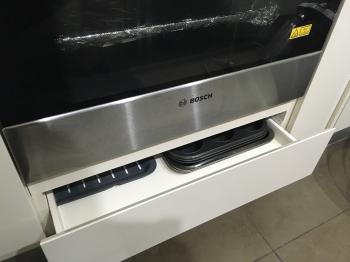 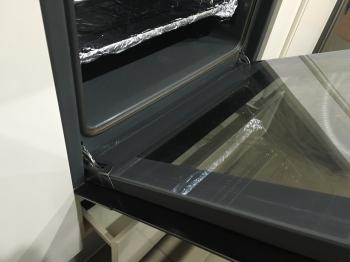 I needed a part of the cover to be sticky and a part to be flexible and not to adhere to anything since it would have to move (when the door opened and shut). It also had to be big enough to go over and above the internal oven door seal. After some rough measurements I stuck two pieces of Kapton together to make the non-sticky section, then expanded that to double width by sticking another two pieces and overlapping them with the first two. 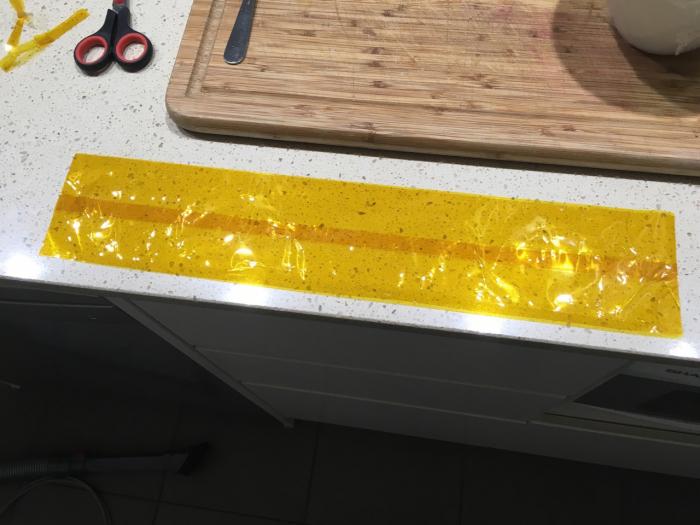 That actually took a while to do. Some air pockets remained. I tried to pop as many of them as I could with my scalpel, but in the end it didn't need to be perfectly smooth. Then it was just a matter of using more Kapton to stick this all into place. With the oven door fully open I stuck in the whole assembly of tape. The door had to be open as far as possible to avoid the tape being ripped in the future. That's was pretty much all I had to do. 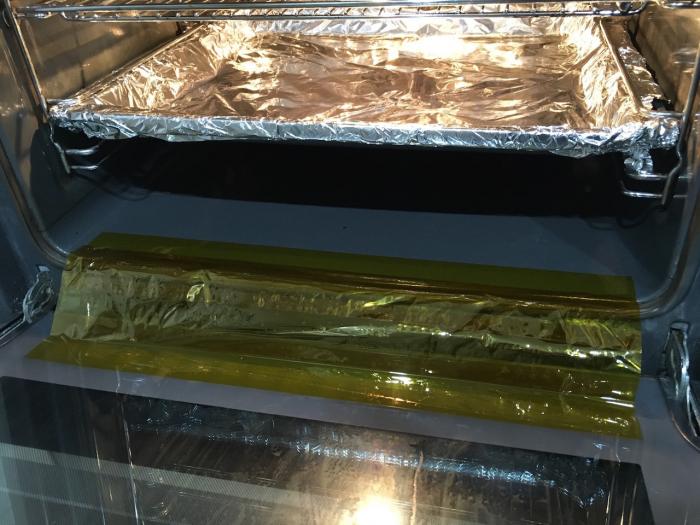 The non-sticky parts were very smooth and flexible, it actually turned out better than I thought it would. Everything fitted quite well too and the Kapton cleared the door seal easily. 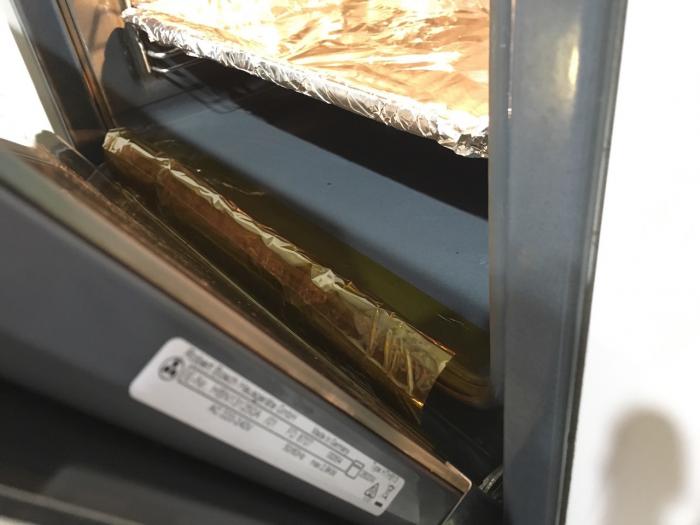 Kapton can withstand temperatures of 400C and my oven can only go up to 300C so that wasn't a problem. I did give it a test run for an hour anyway. After an hour on high temperature the Kapton was hot to touch but didn't exhibit any tears, warps or breaks and it certainly didn't melt.

The mission was a success! Hopefully now we won't have to worry about cleaning out stray bits of food out of those hard to reach areas!

In case you are looking for Kapton you can buy some here.

All content and opinions expressed on this Blog are my own and do not represent the opinions of my employer (Oracle). Use of any information contained in this blog post/article is subject to this disclaimer.
DIY, Hacking, Kapton
Igor Kromin