13-Jun-2016
NOTE: This article is 3 years or older so its information may no longer be relevant. Read on at your own discretion! Comments for this article have automatically been locked, refer to the FAQ for more details.
I've started to use the DECIMAL type in MySQL to store longitude/latitude coordinates recently and for some reason no matter what value I stored, when queried back I'd always get '0.999'. A little bit of investigation and I found the answer so lets see what was going wrong.

Inserting values that I thought should have worked always failed. This is the kind of INSERT statement I was running...

The problem turned out to be with the DECIMAL(3,3) line. I didn't read the documentation fully before jumping in so what I ended up creating was a field that had 3 digits with 3 digits after the decimal point. So naturally MySQL interpreted that as numbers that would be in the range of .999 to .000. It appears that storing a number larger than 0.999 ends up storing 0.999 all the time i.e. the maximum value this field can store.

Running the same INSERT statement as before, the data was now stored correctly...

So it pays to read the documentation before assuming to know how a particular product to works. In my case I got caught off guard assuming I knew how MySQL DECIMAL worked and ended up wasting time resolving this issue that could have been spent more productively.

All content and opinions expressed on this Blog are my own and do not represent the opinions of my employer (Oracle). Use of any information contained in this blog post/article is subject to this disclaimer.
Programming, Database, Oracle, MySQL
Igor Kromin 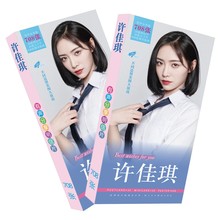