Does Rhodiola help reduce stress? Here's my experience trying it out

1-Mar-2017
NOTE: This article is 3 years or older so its information may no longer be relevant. Read on at your own discretion! Comments for this article have automatically been locked, refer to the FAQ for more details.
Last year was a busy and stressful year, towards the end I was getting constant headaches, muscle tension, all typical signs of overwork and stress. One day, I saw one of my friends share an article about Rhodiola, a wonder herb, adaptagen, stress reducer! So I thought hey lets try it out and see if it works. In short - no, but read on if you're interested in my experience. 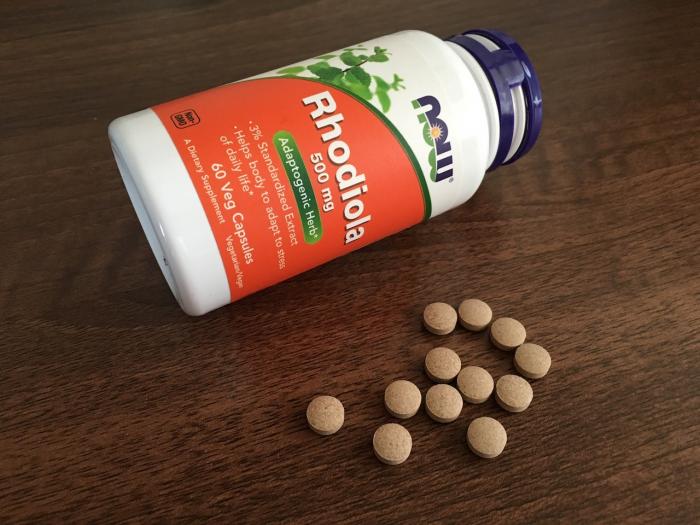 I did quite a lot of reading about Rhodiola before ordering it. Many people claimed that it really helped fix their moods and made them feel happy and eliminated stress. All of that sounded pretty good, but something that all those people seemed to have in common was they were on some kind of anti-anxiety or anti-depression medication, which I am not on and don't need to be on. That was the first red flag, but I ignored it (so many people can't be wrong, right?)

I also read what WebMD had to say about it...

Rhodiola is a plant. The root is used as medicine.

Rhodiola is used for many conditions, but so far, there isn’t enough scientific evidence to determine whether or not it is effective for any of them.


Red flag number two, but I went ahead and ordered my first batch (500mg veggie caps). It arrived relatively quickly and so I started having one cap with my morning coffee. After about a week I didn't notice any difference, figured maybe it took a bit of time to kick in so decided to keep at it for another week. Two weeks later and I still didn't notice any change.

At that point I decided to try taking it in the morning and evening (upping my daily dose to 1000mg), that just made the first batch run out quicker and again I saw no noticeable difference. I still wasn't ready to give up so decided to order another batch.

The second batch was a much stronger dose (1500mg) and after a couple of weeks of trying that out, I didn't feel any difference still. At that point I decided to finally give up.

About a month (maybe two) later was when my two month vacation started. That's when I noticed a difference - all the headaches, tension and stress went away, without any Rhodiola. So I would have to say that just like many herbal supplements, Rhodiola is just another one of those snake oil inventions designed to make you spend money on a hope, but doesn't actually deliver any tangible results.

So there you go, instead of looking for some kind of miracle cure, take a break, go on holiday. Rhodiola doesn't work.

All content and opinions expressed on this Blog are my own and do not represent the opinions of my employer (Oracle). Use of any information contained in this blog post/article is subject to this disclaimer.
Review, Rhodiola, Health
Igor Kromin