11-Feb-2013
NOTE: This article is 3 years or older so its information may no longer be relevant. Read on at your own discretion! Comments for this article have automatically been locked, refer to the FAQ for more details.
I've recently been involved in a task that required quite a bit of manual testing and test data generation. We went about this the crude way by editing the test scripts every time we needed to modify the test data we were running with. This is far from ideal and wasted a lot of time, so a I thought a different approach is needed.

Having done similar work in the past, I used the Apache Velocity and POI libraries to write a handy utility. The Velocity library is a templating engine, so I can write a test script, insert some bind variables into it and have Velocity do my variable substitution for me. In addition, Velocity allows you to build logic into the templates, meaning based on our bind variables, the template can be generated in different ways! The second library, Apache POI is used to read in a spreadsheet, this spreadsheet contains all the bind variables.

The main() method does some basic house keeping like checking whether the files that are passed in as command line arguments exist, and then initialises the class and calls the generate() method.

In the constructor, the spreadsheet is loaded, the first/last rows and columns are worked out, Velocity is initialised and the template is loaded.

The first row of the spreadsheet is stored as a member variable because this effectively contains all of the variable names (or keys) that we are going to be using in the template. The code later on uses these variable names inside the Velocity context to bind the variables to their values.

Velocity uses resource loaders when reading the templates, these need to be configured in the velocity properties file. I put this file into the classpath and load it as a classpath resource.

The contentes of this file are as follows:

In the file above, the "file.resource.loader.path" property has to be set to the working directory where the code is running and where the template file is. If this is not set correctly, Velocity will not be able to load the template.

Once all of the variables are bound to their corresponding values, the template and context are merged, generating the output into the writer that was specified. The writer writes the data to a file.

There is a bit of a hack to do with the text values and numeric values in cells. I found that sometimes Excel doesn't set the cell type correctly. Typically I only work with integer type values that are represented as text (they have leading zeros sometimes), so my hack is to convert all numeric type cells into integers.

To test this I used just a simple dummy template as follows.

Running the above code produces two files, test1.dat and test2.dat. The content for these is:

Using this code we can now start producing many data files, or even code and scripts. The templates can also have logic built into them to generate slightly different data.

All content and opinions expressed on this Blog are my own and do not represent the opinions of my employer (Oracle). Use of any information contained in this blog post/article is subject to this disclaimer.
Programming, Java, Velocity
Igor Kromin 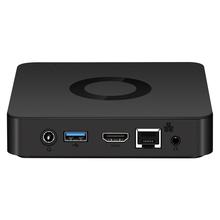