3-Mar-2013
NOTE: This article is 3 years or older so its information may no longer be relevant. Read on at your own discretion! Comments for this article have automatically been locked, refer to the FAQ for more details.
I've made home brew a few times already just using the standard brew kits from the supermarket, this time I thought that I'll do something different by flavouring the beer. I went with cloves to see what I can achieve. 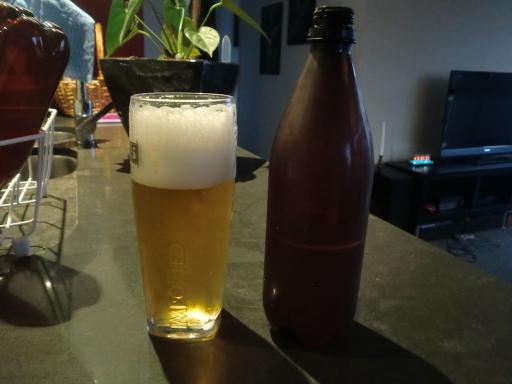 It's quite crisp and refreshing and the beer itself is quite clear, but what about the taste?


I think that I used too many cloves! I've ended up putting 1 per bottle, which is way too much. It's a little bit hit and miss though, with some bottles tasting really strongly of clove whereas others are only just hinting at the taste (which is what I wanted).

I used the Coopers Canadian Blonde and Brew Enhancer 1 for this batch as recommended. I've used Brew Enhancer 2 previously with not so great results like poor head retention, number 1 seems to fix that for me. 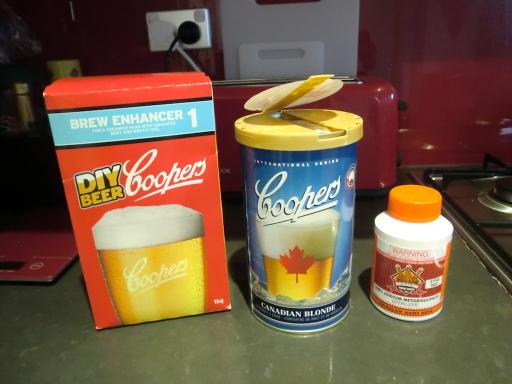 I stated with boiling some water and heating up the can in the sink, then adding more hot tap water, I left it for about 10 minutes to warm up, this way it makes it easier to pour out later.

While the can was warming up, I finished cleaning the equipment (which was sterilised earlier). 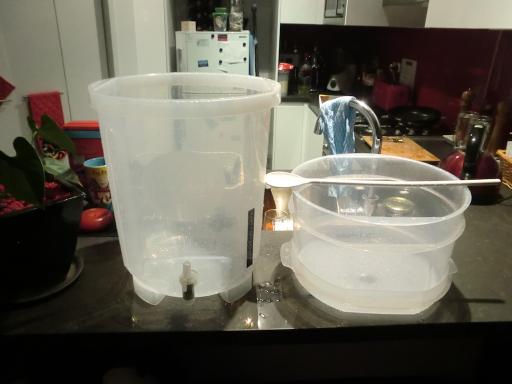 The first part of mixing: the sugar! I mix this up in about 2L of boiled water, making sure all the sugar is dissolved and there are no clumps. 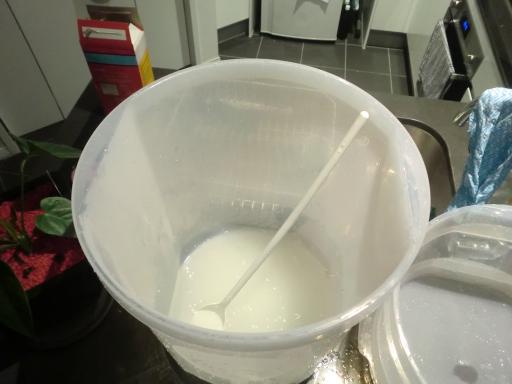 Then I added the contents of the can and mixed that thoroughly too. 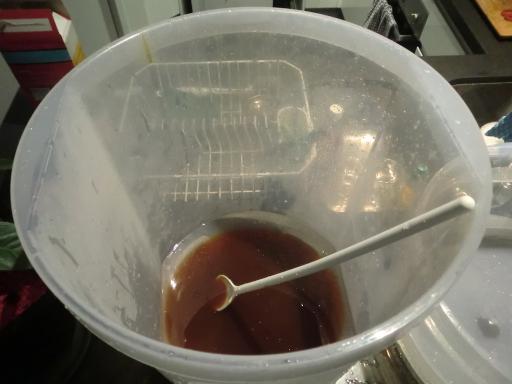 Finally it's topped up with cold tap water to get the temperature to about 26-30C, this batch came up a little on the hot side at 30C, cooling it down was difficult since the ambient room temperature was quite high. 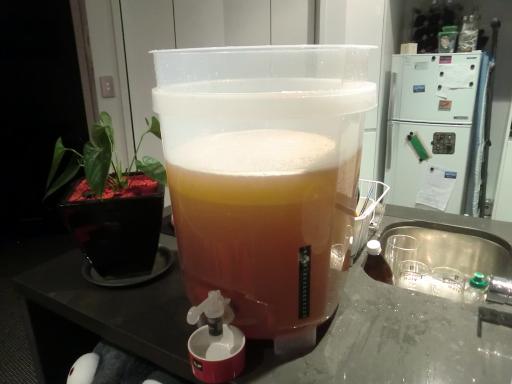 The yeast went in next and everything got sealed up with some cling wrap. 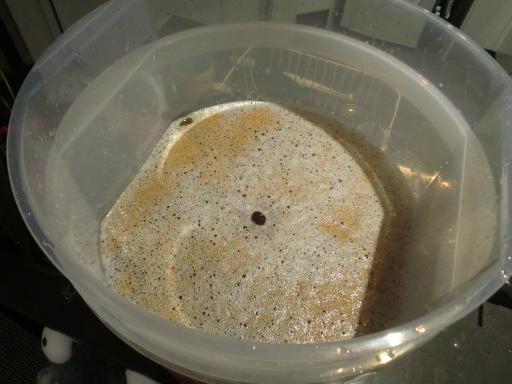 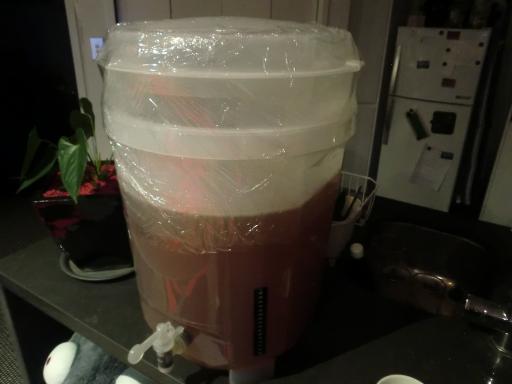 Once it was all sealed and all the mess cleaned up, I took the first measure of the specific gravity. 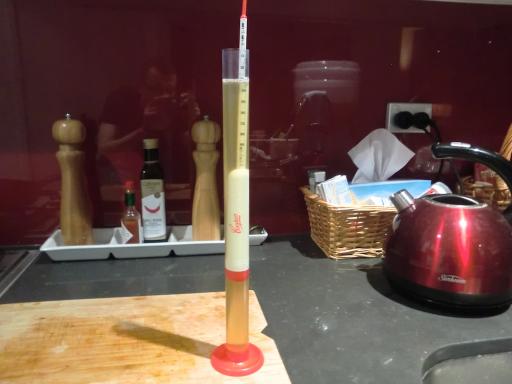 Three days later the Krausen collar can be removed...for the obvious reasons, yuck. 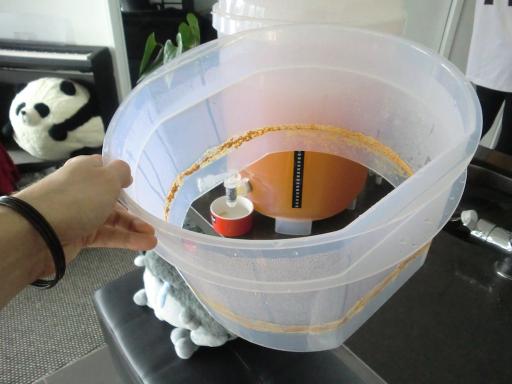 About a week later the specific gravity stabilised at 10 for me, so it was time to bottle it. 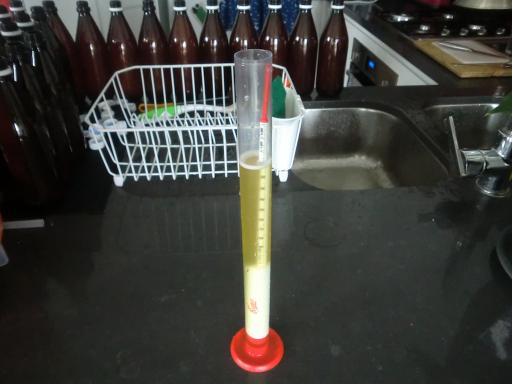 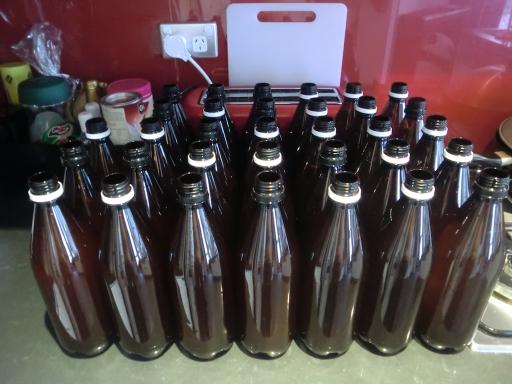 Bottling took a while, but in the end I had 32 bottles. The last two are probably going to be pretty bad, they got a lot of the dregs in them. Each bottle got 2 carbonation drops and 1 clove. 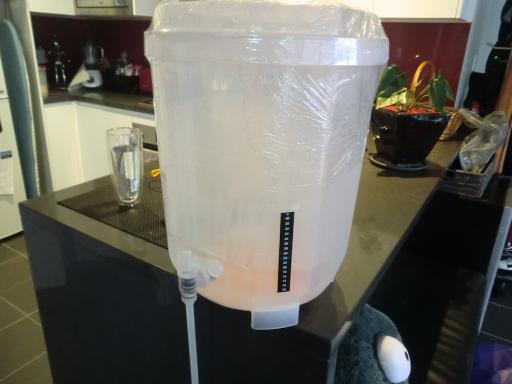 This is what was left over at the very end, not appetising! 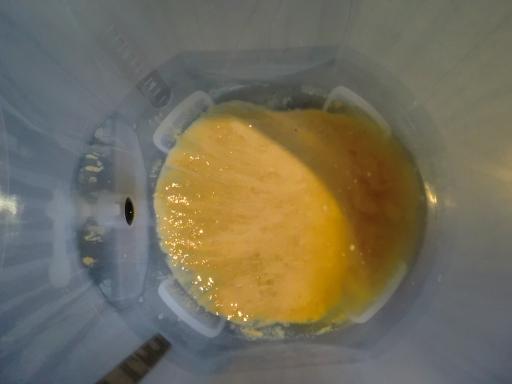 That was it for that, the bottles went into a cupboard for 2 weeks to ferment further.

In the future if I'm going to make another clove flavour brew, I think that I'll boil up some water with a handful of cloves and will add that to the brew. Putting a clove per bottle didn't really work, but it's a lesson learned.

All content and opinions expressed on this Blog are my own and do not represent the opinions of my employer (Oracle). Use of any information contained in this blog post/article is subject to this disclaimer.
Beer
Igor Kromin