6-Apr-2013
NOTE: This article is 3 years or older so its information may no longer be relevant. Read on at your own discretion! Comments for this article have automatically been locked, refer to the FAQ for more details.
It's been since Christmas that I had this Star Destroyer kit, so I thought that I should finish assembling the shell to get it ready for fitting out. There's still a long way to go, need to fill the gaps, paint it, and then finally fit the LEDs into the engine thrusters, but this is a start.

I bought this kit on eBay for about $20, when it arrived, it was obvious the kit would not be a good collectors item since the box was crushed and some plastic was ripped. The price of it seemed too good to be true, now I know why. ...so the only thing to do was assemble it. 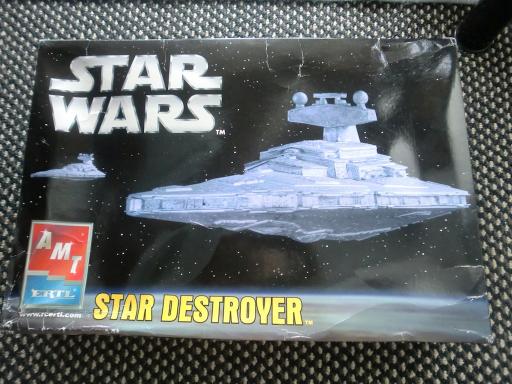 This kit was produced in 1989, so it's quite old. The parts inside got ripped off the supports in places too, it was a bit rough around the edges. The biggest difficulty came when glueing large 'straight' components...they weren't very straight and the edges were not very sharp. This meant lots of gaps.


The gaps were going to be an issue, so I went to a local Games Workshop and bought some Green Stuff, which is a two-part epoxy putty. You mix the yellow and blue parts in equal amounts and get some green goop, then you fill the gaps with it. It hardens over time and sets like a rock. From the time of mixing it, there is about an hour worth of working time with it.

After assembling the engine thruster section I had a go at filling the gaps, it a very lengthy process. It was taking me about and hour to fill about 10cm worth of gaps. 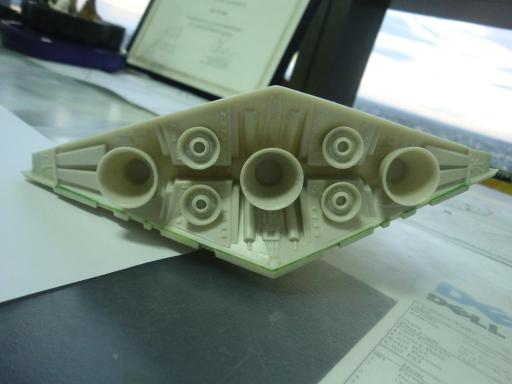 On the bottom section along the long side supports I had to use some more green stuff on the edges. 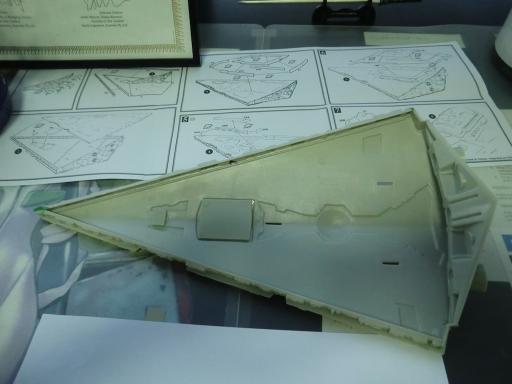 Here are some close ups of the filled in gaps. This kit has so many! I've done some reading about old kits like this, turns out this is a normal thing, so I just have to keep filling in the gaps. 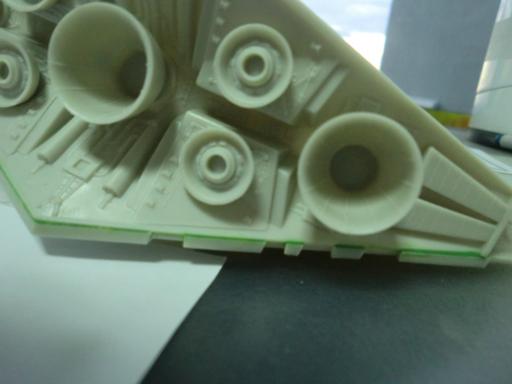 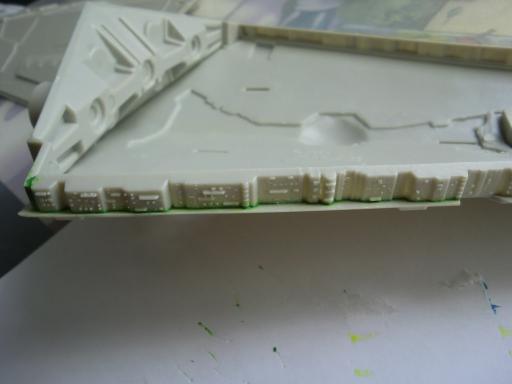 Now I got pretty sick of filling these gaps and lost all motivation to complete this kit for a couple of months, so it just lay there on my desk with only the bottom part of the destroyer completed. Then I got the idea of kitting it out with some LEDs in the engine thrusters so got back to working on it again. I decided to ignore the gaps for now and just went ahead and completed the main assembly.

By this point I've assembled the main V shape for the bottom section, the kit instructs to glue the top and bottom V sections together, but since I will be running some wiring, I've decided to keep them separate.

The top section had to be built up, so the first thing was the first built up section: 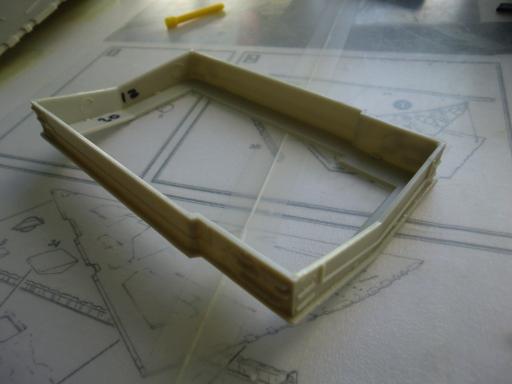 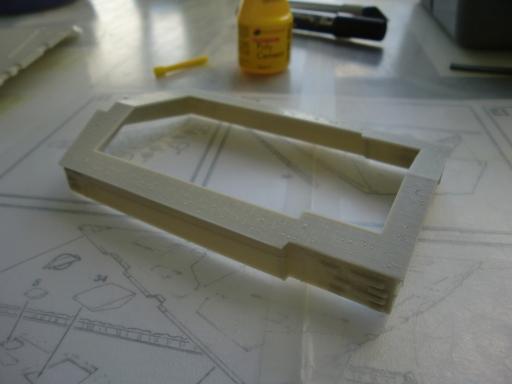 and fitted on top of the main section: 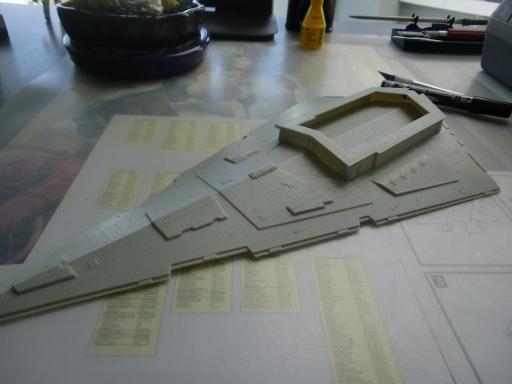 Then came the side bits. 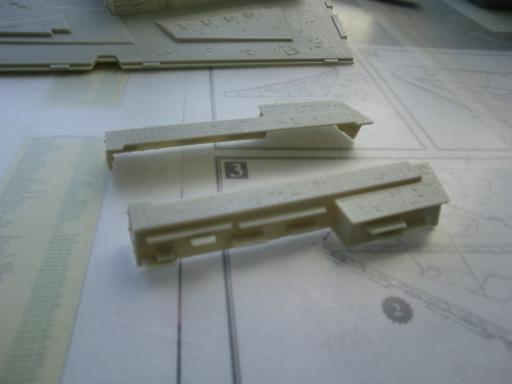 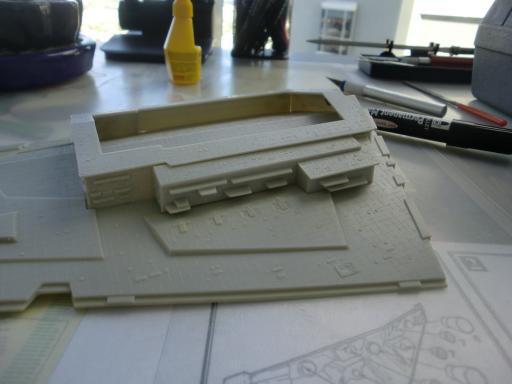 some additional built up sections for the front and top: 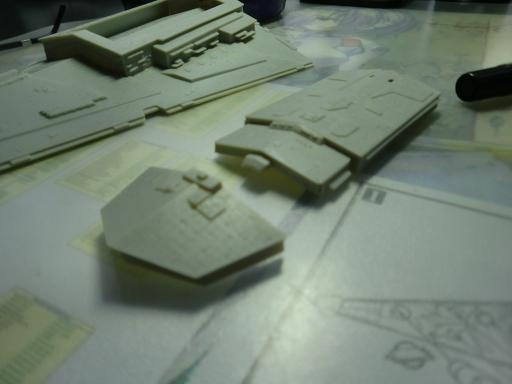 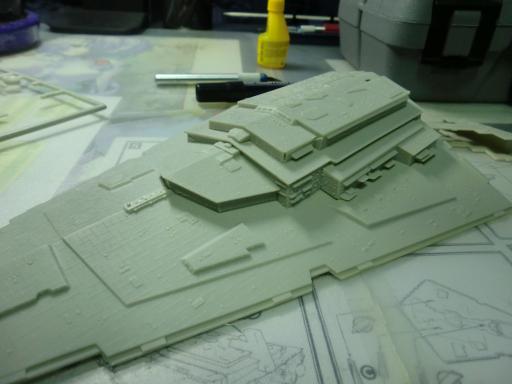 Now it was time to assemble the bridge tower support. 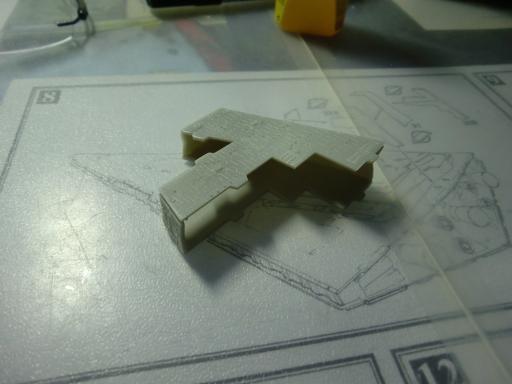 According to the kit the bridge tower support has to be glued into place also, but since it had some notches to hold it in I decided not to glue it for now in case I want to add to it in the future, so it just slots in on top. 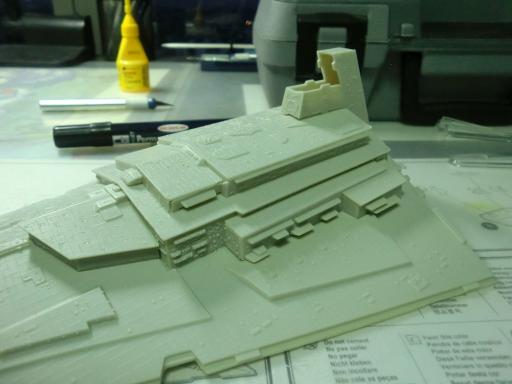 The actual bridge tower is assembled. 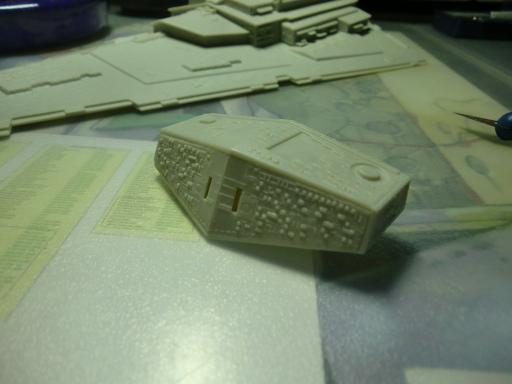 The bridge tower also has notches, it just clips into place on the tower support. 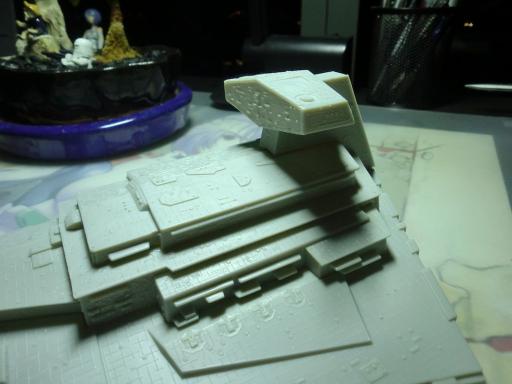 The last bits were the sensor domes and the command tower. 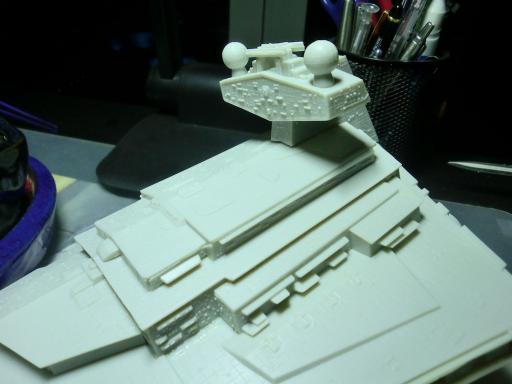 So fully assembled, the star destroyer looks like this: 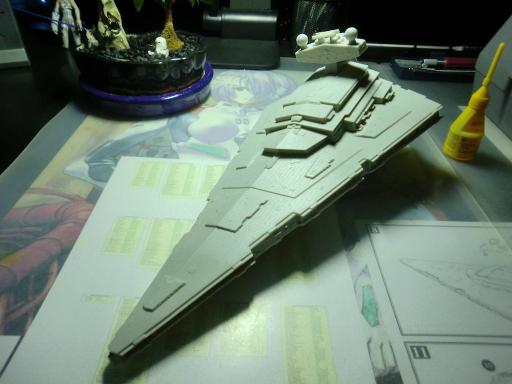 At the moment I've not put the stand together because it snapped when I was trying to fit some parts of it. I'll have to come up with another way of holding the model up later.

Next thing to do is fill all of the remaining holes and start to paint it, then fit the LEDs.

All content and opinions expressed on this Blog are my own and do not represent the opinions of my employer (Oracle). Use of any information contained in this blog post/article is subject to this disclaimer.
StarWars
Igor Kromin