9-Apr-2013
NOTE: This article is 3 years or older so its information may no longer be relevant. Read on at your own discretion! Comments for this article have automatically been locked, refer to the FAQ for more details.
As I've been working on the server code for my game, I've been noticing that the complexity of it is increasing but also duplicating unnecessarily. After thinking about it for some time and seeing why my code was exhibiting these traits I concluded that it was due to how I was handling errors.

The whole idea for the server was to prevent cheating as much as possible by the players and to reduce the work that the client has to do in validating every single action a player is allowed. What this meant on the server side is at the beginning of each method that dealt with a client request there would be a myriad of checks to make sure the client was not trying something funny.

For example the overall structure (in pseudo-code) would be like this:

Where the majority of the duplication was occurring was in those checks. On average there would be 100 lines of code just to make sure that the player had a valid session and had enough credits to do what they wanted to do. This was starting to get out of hand because every time I wanted to add a player action, I would be copy/pasting a lot of code. This also meant if I had to add an extra check as a part of the 'standard checks' then I would have to go through all of the implemented server actions and update every single one to include the check plus the handling code for it!

There had to be a better way.

To give a bit more detail each of these 'pre-flight' checks would look like this:

That's a lot of code for every check! Also not easy to refactor due to that early return statement.

The goal was simply to reduce the amount of code needed for all the pre-flight checks. So I decided to introduce exceptions to my code. I didn't particularly want to have exceptions in the beginning because it's quite easy to make a mess of the whole exception design and the libraries that I was using didn't throw exceptions so it was natural for me to follow the same trend.

To do this I had to do a few things:

After doing all of this my pre-flight checks were a mere 5 lines on average, a fantastic simplification which will make the code more manageable in the future. This also meant that I could refactor other parts of my code to be reusable which was not possible before with so many separate return statements for every single error condition.

Now if there is an error condition or it's detected that the client code is trying to do something funny, I just throw an exception in the server code, the server response handler catches this and converts it to an error response. Simple.

The only thing I am not quite sure about is having a number of methods that have a conditional check that throws an exception, but that's something I can live with.

All content and opinions expressed on this Blog are my own and do not represent the opinions of my employer (Oracle). Use of any information contained in this blog post/article is subject to this disclaimer.
Programming, Java
Igor Kromin 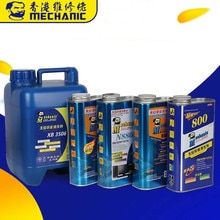