17-Dec-2013
NOTE: This article is 3 years or older so its information may no longer be relevant. Read on at your own discretion! Comments for this article have automatically been locked, refer to the FAQ for more details.
Now that I've finally moved house and settled in somewhat, it was time for a treat and new desktop speakers. My old Bose ones died conveniently just before the move and after much deliberation I've decided to go for the Bowers & Wilkins MM-1 pair of desktop speakers. In a nutshell? One of the best decisions I've made.

The box I received was a 'demo' pair, but it's never been opened so that means they were never used for demo purposes or even switched on by anyone else. For a $500+ speaker system, you would not want a demo pair. The main reason I went for these is because they did not have a separate subwoofer to worry about. Each of the speakers has it's own driver powerful enough to deliver some punchy bass. When turned up my mouse moves all on it's own because they make the desk shake. The higher end is amazing as well, I've been hearing sounds that the other speakers were just not reproducing faithfully. These speakers are really quite amazing.

So lets see what was in the box. 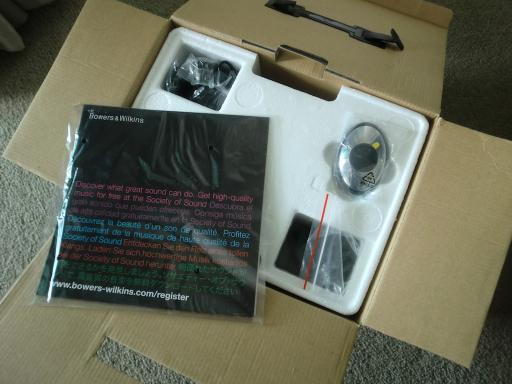 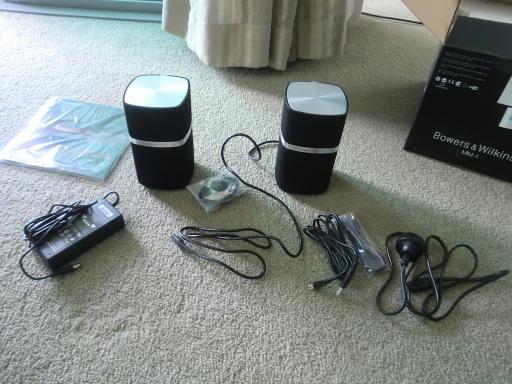 Two speakers, remote, USB cable, power cable, power brick, and a manual. Nice and simple. I've seen people complaining about the power brick but I think that's not a bad thing to have, if the power supply was built into the speaker they would not be the same size they are now, which will probably lose their appeal as a small desktop sound system.

The remote can be used to control iTunes as well as turning the speakers on/off and adjust the volume and muting. The iTunes control is a handy feature, but I found using the remote purely for the on/off functionality personally. 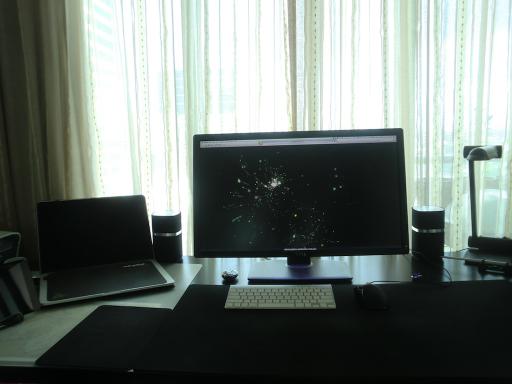 One thing that I noticed fairly quickly is the speaker that has the amp built in and all the connections gets HOT. I hope this will not affect it's operational lifetime, but it's not something you want to touch too much.

Another good thing about these speakers is that they are connected via USB, so they have some kind of sound processor built in, this means that when they are on, sounds comes through them, when they are off, the sound comes from the built-in speakers on my MacBook Pro. Personally I like that.

So overall, would I recommend these? Yes for sure, unless you are looking for mind-blowing bass because these will simply not be able to physically produce that kind of sound, but for a 2.0 system this is quite an impressive system worth all the money they go for.

All content and opinions expressed on this Blog are my own and do not represent the opinions of my employer (Oracle). Use of any information contained in this blog post/article is subject to this disclaimer.
Review, Misc
Igor Kromin