24-Dec-2013
NOTE: This article is 3 years or older so its information may no longer be relevant. Read on at your own discretion! Comments for this article have automatically been locked, refer to the FAQ for more details.
I came across these amazing 12cm Edison style light bulbs recently and originally wanted to hang them from my ceiling but that was no possible so I thought that I'd make a table lamp to serve the same purpose. The result...amazing. Check it out.

This was the final result of what I put together. 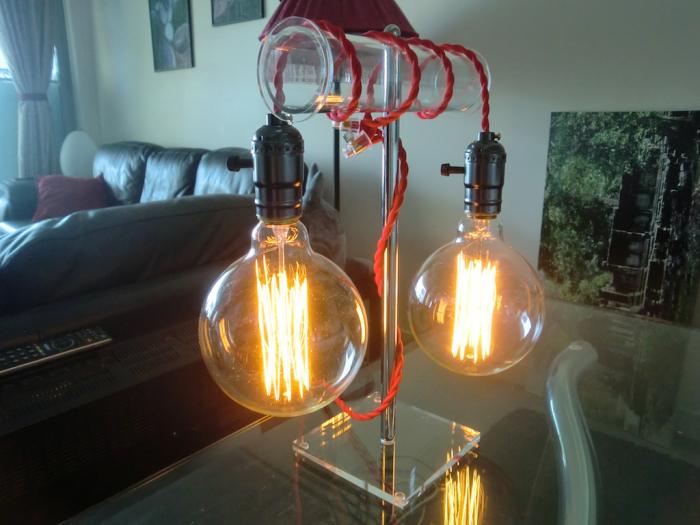 It took a while to find all the right components, the bulbs themselves, their sockets and wiring came together from the same site, then I had to find the rest of the pieces...socket plug switch and terminal connectors were easy to find from a hardware store, the stand took a while thought, in the end I went for a jewellery display stand and it worked fantastic.

This is what I started off with...12cm bulbs, red braided wire, vintage style sockets with turnaround switches, a mains plug, terminal connectors, and a double-pole switch. 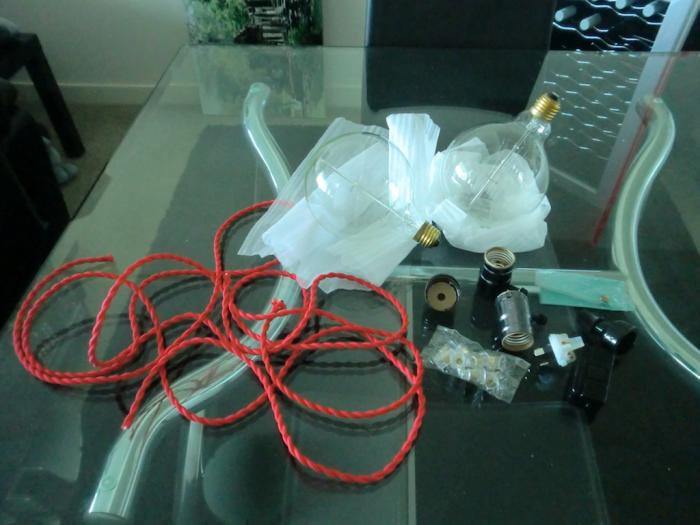 The bulbs are beautiful, quite amazing works of art in their own right. 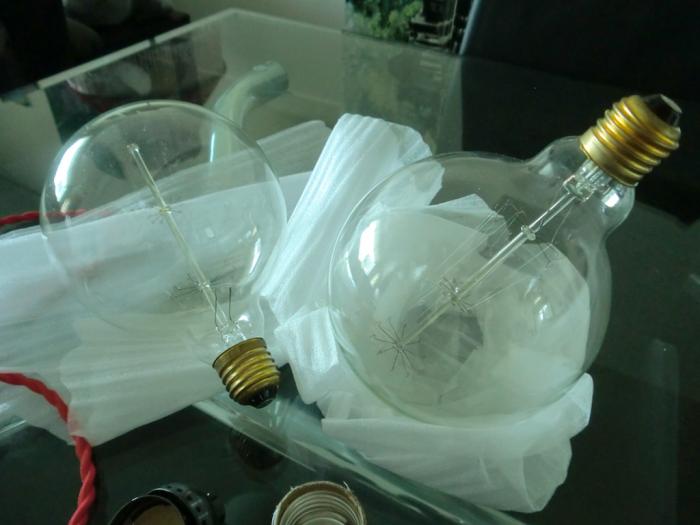 I also managed to find the stand for these, which was a jewellery holder of all things. 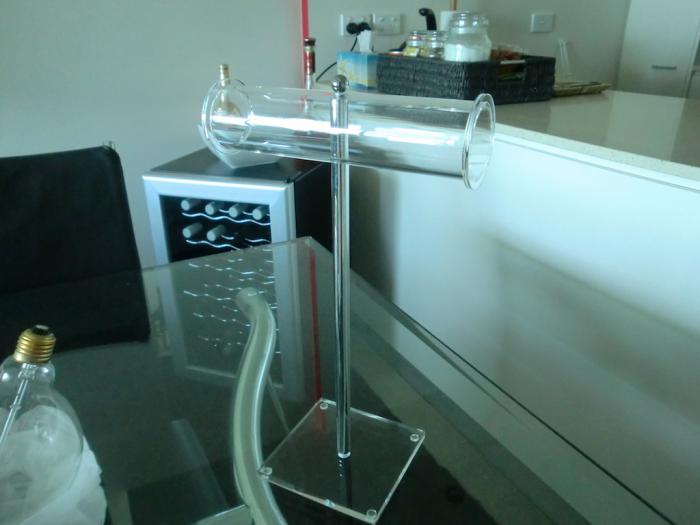 First thing I did was to connect the mains plug. 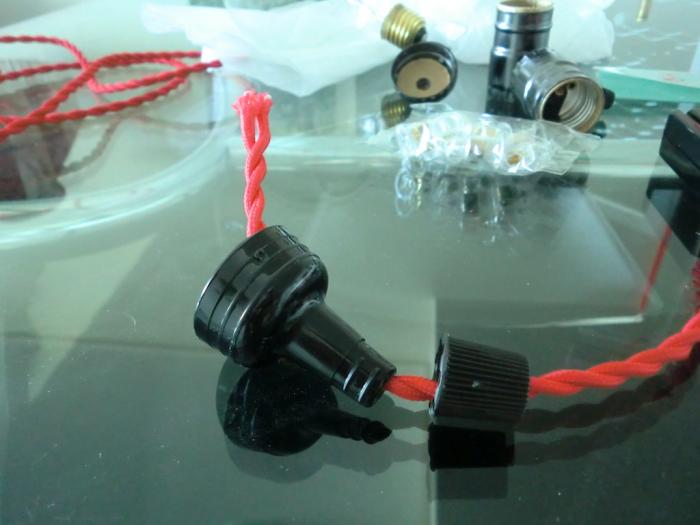 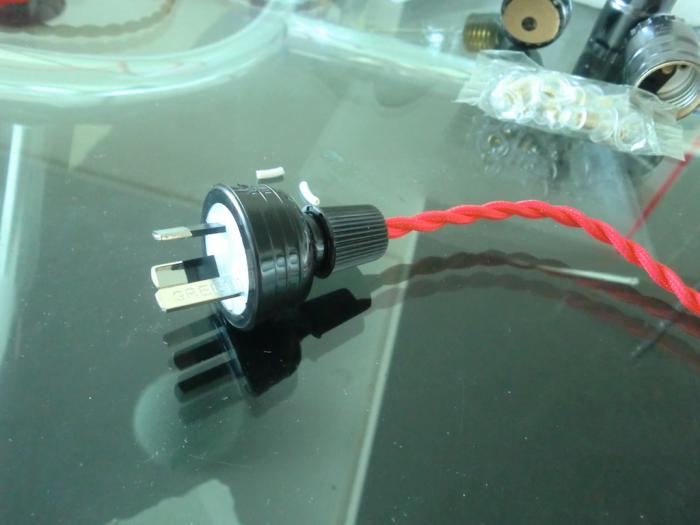 Once that was connected, the double-pole switch was next, this was really used to join the two lengths of wire that I received. If I had a longer piece of wire, I would not bother with this as each bulb socket has its own switch anyway. 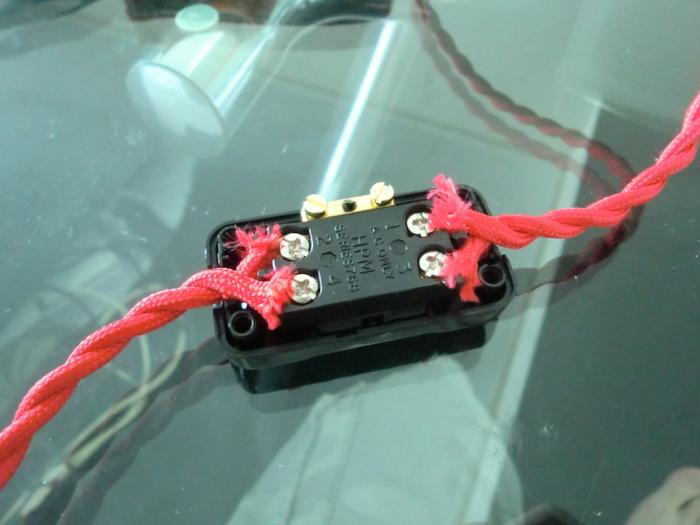 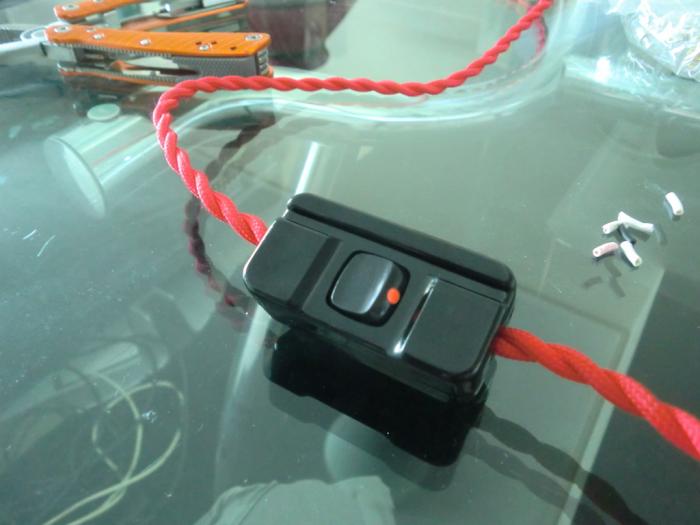 With the switch connected, the next bit was to cut enough length of wiring to twist around the horizontal part of the stand for each bulb so that it could be joined to the centre by a single wire. This meant that 3 wires were going to be joined per terminal...so I needed terminal connectors. These just screw the wires together, but it's a good idea to wind them around one another beforehand. 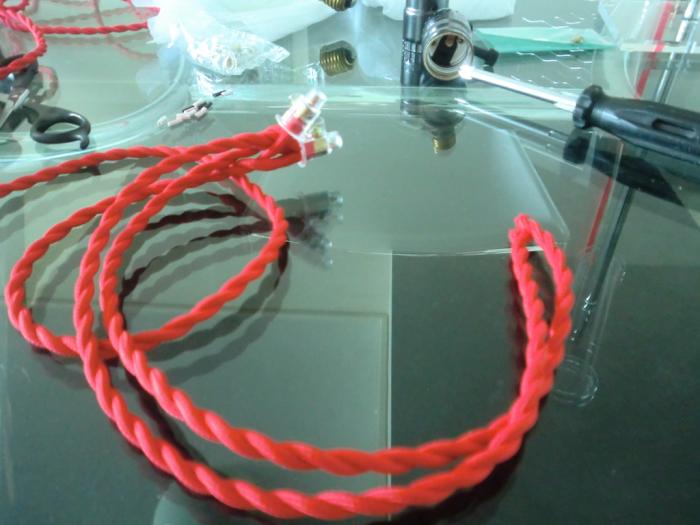 Next up was connecting the sockets. 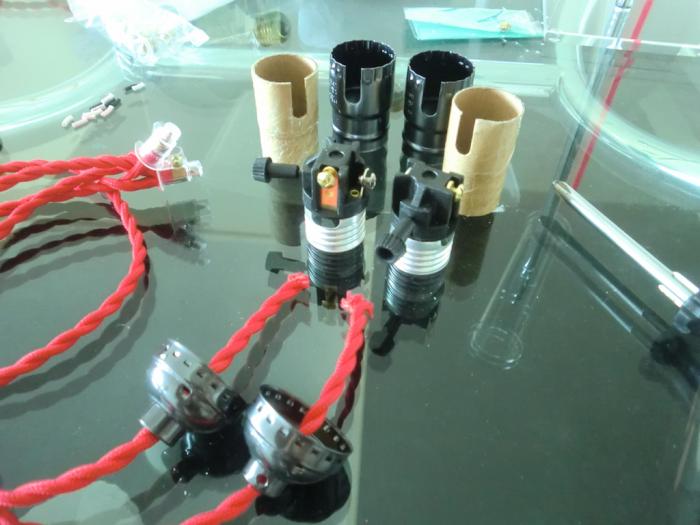 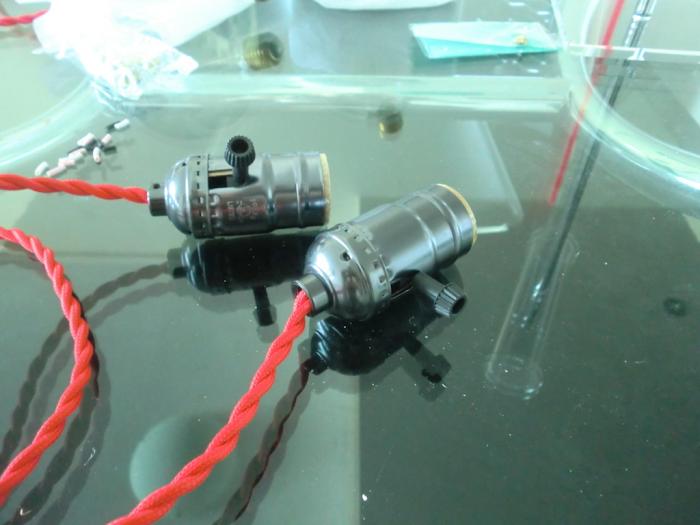 Now it was time to screw in the bulbs and see if they would light... 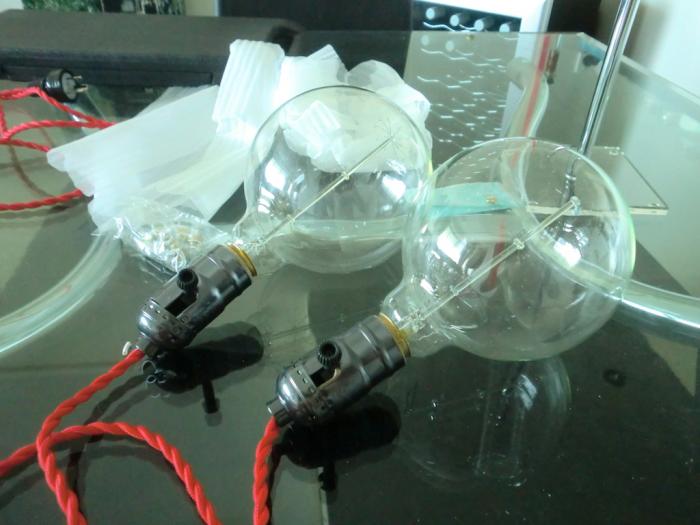 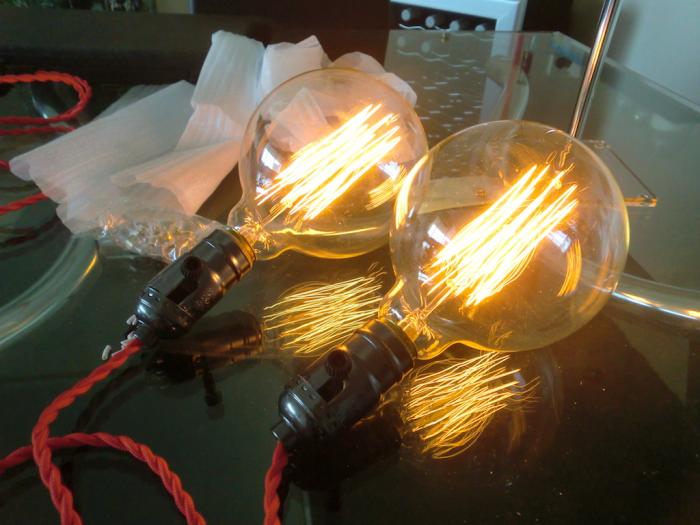 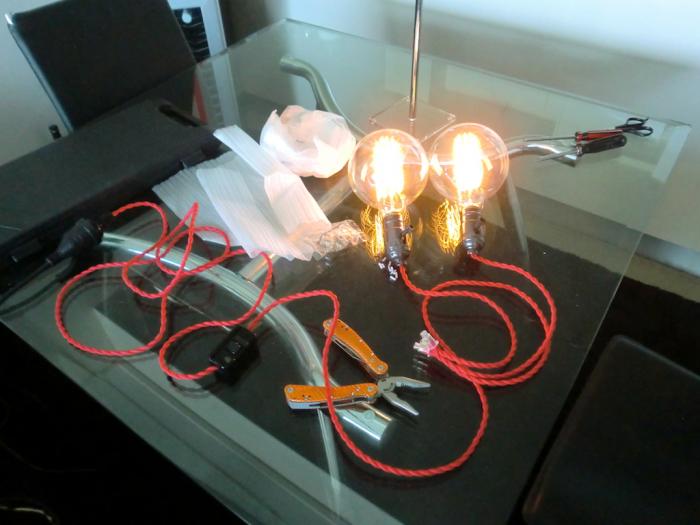 I'm quite happy with the end result, even though I could not have them hanging from the ceiling, the table lamp looks amazing in its own right.

All content and opinions expressed on this Blog are my own and do not represent the opinions of my employer (Oracle). Use of any information contained in this blog post/article is subject to this disclaimer.
DIY, Electronics, Modding
Igor Kromin