Review of The Mini Drive for 15 inch rMBP

25-Mar-2014
NOTE: This article is 3 years or older so its information may no longer be relevant. Read on at your own discretion! Comments for this article have automatically been locked, refer to the FAQ for more details.
I've been thinking about getting the Nifty MiniDrive for a while so when I finally decided to go and get one, their website what completely broken, so I went searching around and found that there are replicas of this out already. I decided to go for a replica to see how it stacks up. Incidentally as I write this now, the 15 inch rMBP Nifty MiniDrive is not available. The replica I went with is called "The Mini Drive".

Overall, the product in itself is actually quite disappointing. If I were to know about it now, I probably would not have bothered, however you want to spend $30+ on a 'plug' for that SD card slot, it's a great buy. 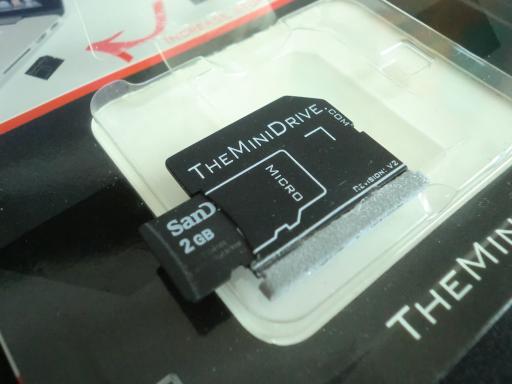 Read on to see why in more detail...

Unpacking the parcel, this is what I had inside: The actual mini drive itself and an A4 sheet with instructions on how to use it. These instructions are also available on their web site. 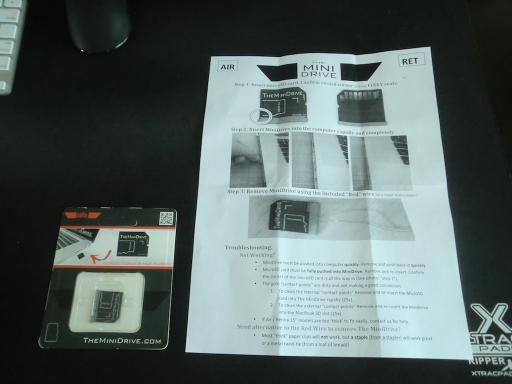 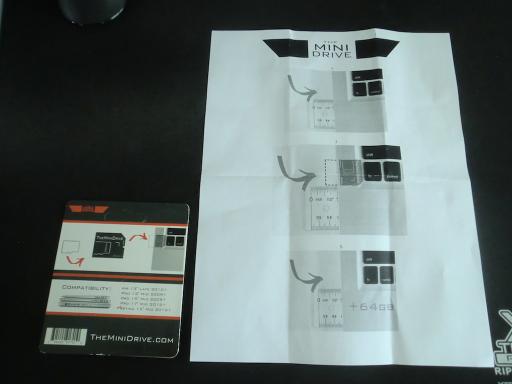 Taking a closer look at the product itself - the mini drive is inside the pack with a red wire wrapped around it. This wire is important because that is what you use to pull the drive out of the Mac and believe you will need to push it in and out a few times! 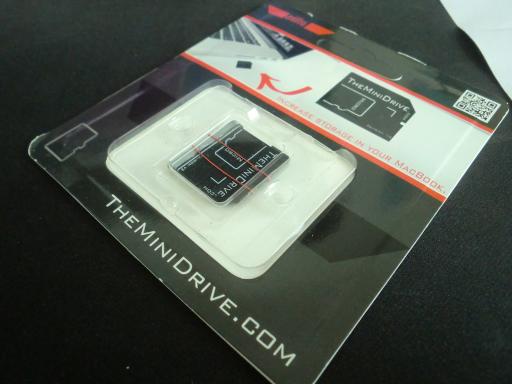 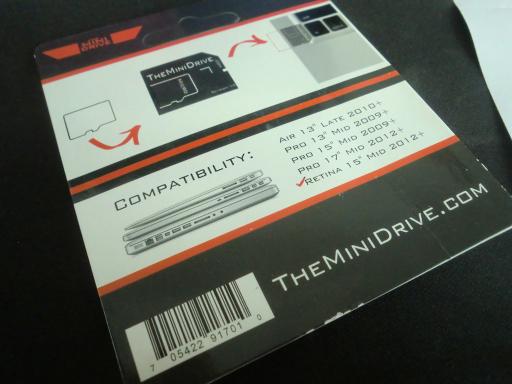 Something that really surprised me was that this was not a blister pack, but you can open the pack up without cutting into it and the front just hinges open. This is a nice touch. 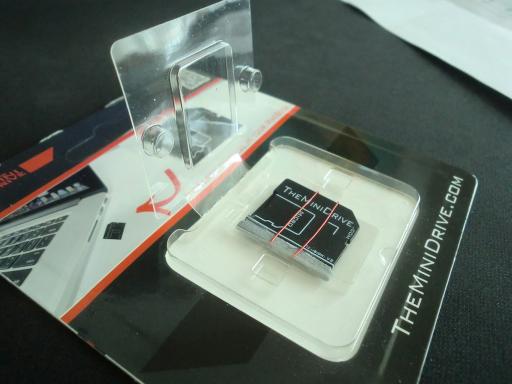 The first thing I did was to straighten out the red wire a little and push it through the notch in the drive. 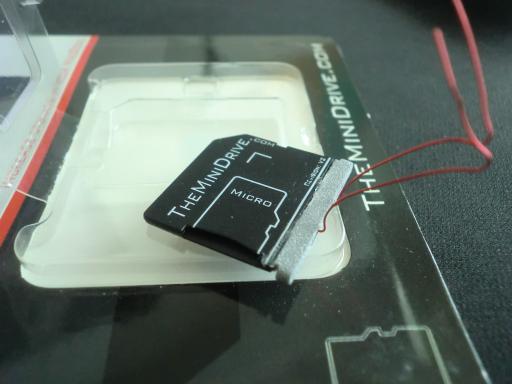 Once I did that, I found an SD card that I had laying around and pushed it in making sure it was in all the way as per the instructions. 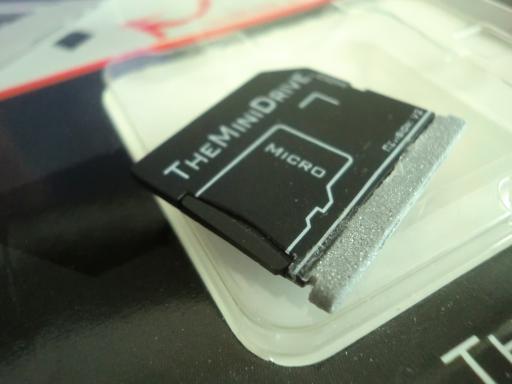 Then it was the part I was waiting for, to see how it looks inside the Mac itself...and to say the least, I was quite disappointed here. The drive did not fit the space properly, there were gaps around that made it look a bit unsightly. 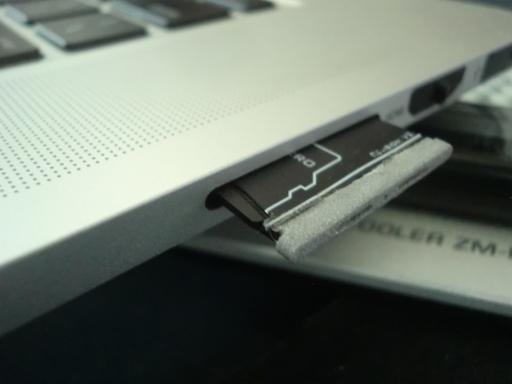 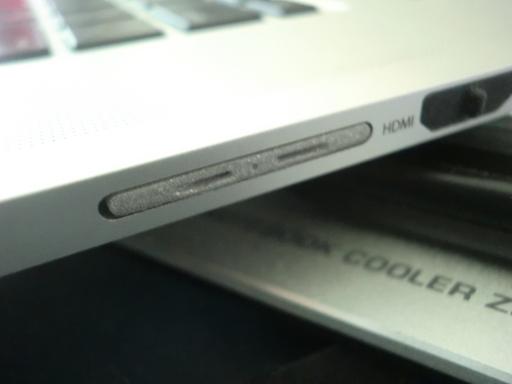 Aesthetics aside, when I pushed it in, my SD card did not appear, the Console was showing some SDXC PCI timeout messages though. I had to take the mini drive out a few times before it showed up as a disk for me. In addition to that, when I tried to adjust the drive after it was pushed in, this caused it to disconnect! OS X complained that the disk was removed uncleanly every time. So it's quite finicky once it is working.

The utility of the mini drive is also questionable. SD cards are slow and don't store much space. Given that this has proved quite unreliable and susceptible to disconnecting quite easily, I would not want to rely on it as storage. The only use I see for this now is as a plug to keep dust out of the SD card slot on my rMBP.

All content and opinions expressed on this Blog are my own and do not represent the opinions of my employer (Oracle). Use of any information contained in this blog post/article is subject to this disclaimer.
Electronics, Apple, Review
Igor Kromin