5-May-2014
NOTE: This article is 3 years or older so its information may no longer be relevant. Read on at your own discretion! Comments for this article have automatically been locked, refer to the FAQ for more details.
There is a number of guides that talk about how to upgrade the hard disk inside a PS3 (and now a PS4) and various reports that talk about how beneficial these upgrades can be. Well I've decided to try it out myself by upgrading to an SSD and seeing how Skyrim performance changes, that's in a separate post later. I was out to get some real figures to see what an SSD upgrade would do, instead I found something worse - the DLC content is lost during this upgrade process.

The upgrade itself went quite smoothly, and everything appeared to work fine, that is until I actually loaded my save game in Skyrim. Prior to the upgrade, I had the Hearthfire expansion installed and the last point I saved at was outside my house that is made possible via this expansion. Lo and behold, the SSD upgrade made my house disappear! I thought I was going crazy for a while, and checked the map a few times, but no, the house was not there, looking for it on foot didn't find it either. Weird I thought.

Where the house used to be before, now was a barren land. Most of the items I owned were in that house and now potentially lost. Bummer right?! Well, then I thought to check the DLC menu in Skyrim - it told me there was no downloaded content! I went back over to the Playstation Store and redownloaded Hearthfire. Once that was installed, the house and all the items were back.

I don't know if this applies the same way to PS4 or any other games, but I was under the impression that the backup utility would capture everything, apparently that is not the case. So this is something to watch out for.

All content and opinions expressed on this Blog are my own and do not represent the opinions of my employer (Oracle). Use of any information contained in this blog post/article is subject to this disclaimer.
Modding, Games, OSX
Igor Kromin 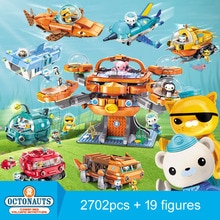