3-Mar-2015
NOTE: This article is 3 years or older so its information may no longer be relevant. Read on at your own discretion! Comments for this article have automatically been locked, refer to the FAQ for more details.
I've started this ambitious project around 3 months ago, its intent was to rebuild the Portabee 3D printer to make it more robust, easier to service and more stable. Now with the project complete I'm finally getting around to writing about the experience.

As a reference this is what my Portabee looked like prior to the rebuild. 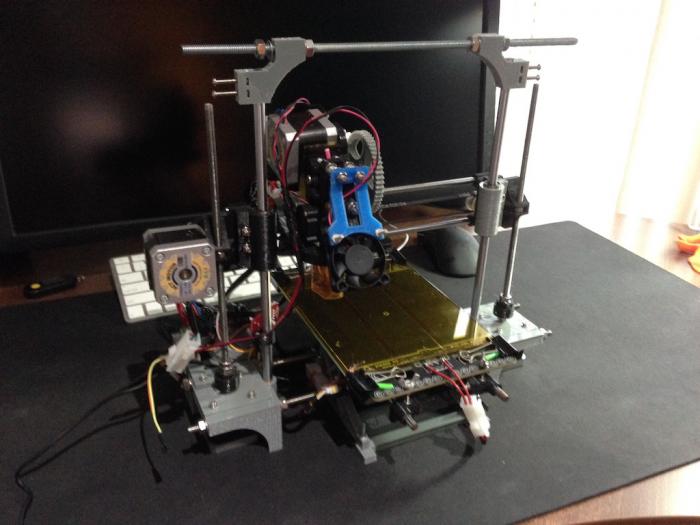 During the rebuild I've changed quite a few things, most of the changes were designed to make the printer easier to use and service. Some features were aimed directly at making the printer more stable.

As a summary, this is the list of improvements:

That's quite a few differences to the original Portabee. To show these off I'm going to go through the photos I took during the various stages of this rebuild. At a later point I will make all of the source files for the new components available as well.

The first thing I had to do was order new 8mm and 6mm rods for the z- and y-axes respectively. These were easy to come by on eBay and didn't take long to arrive. I also bought additional threaded steel rods that will make up the frame around the z-axis, these were 1/4 inch threaded steel, which is not the same as the threaded rods used for the original Portabee.

Prior to disassembling my Portabee, I used it to print all of the components that I would need in the rebuild. Luckily these were few, just the top and bottom parts of the printer base.

With the base components printed, I was ready to roll. 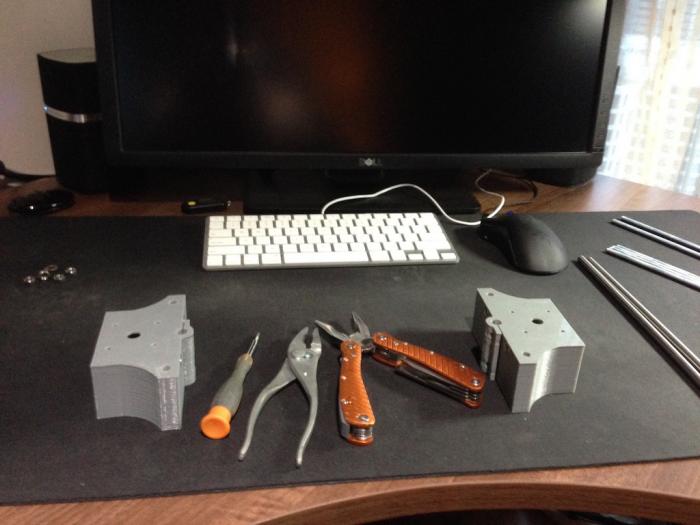 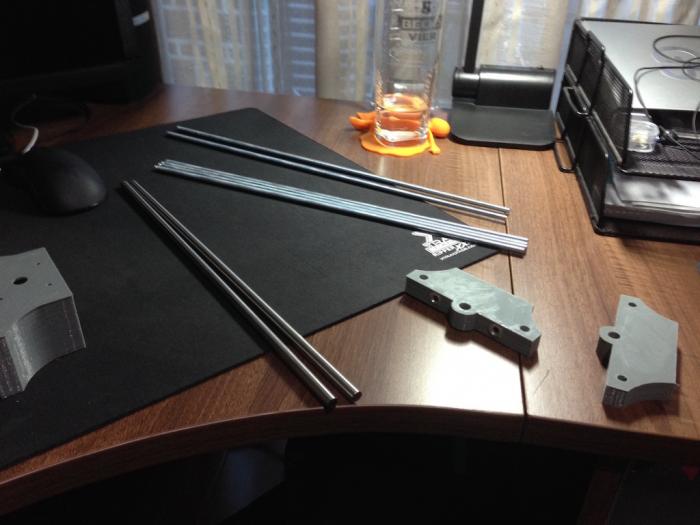 Since the original y-axis threaded rods were long enough, I used them in the new base. These had to be threaded all the way from the front to the back part of each base section since there is a nut on either end. A bit of a painful process, but this way I could be sure that each of the rods was aligned properly. 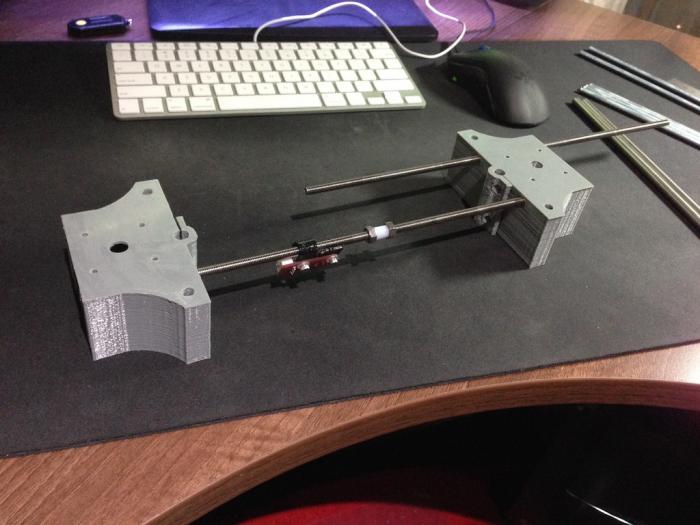 The top part of the base was put together with the 1/4 inch threaded rods and aligned to the measurements of the bottom part. 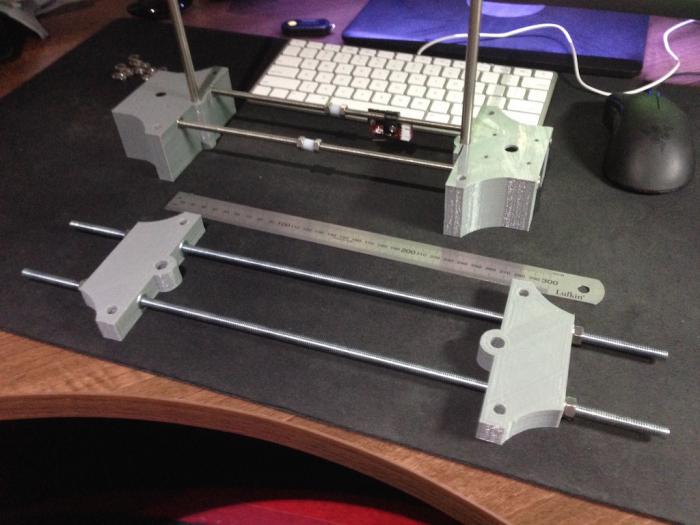 At this point I could put the top and bottom base parts together using the 1/4 inch vertical rods. 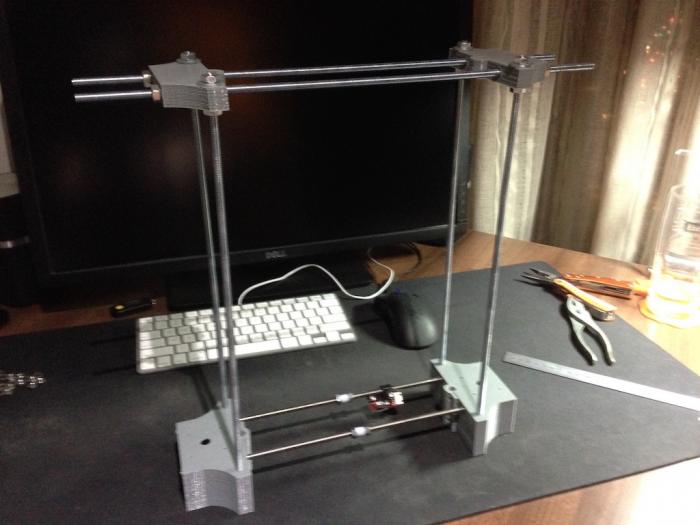 At first I didn't use washers when securing the nuts, I found this was less than desirable with the whole frame being wonky, so I took it apart and added nuts and tightened everything properly. The result was a nice solid frame. 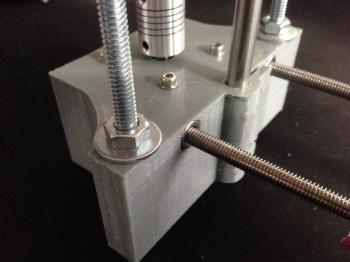 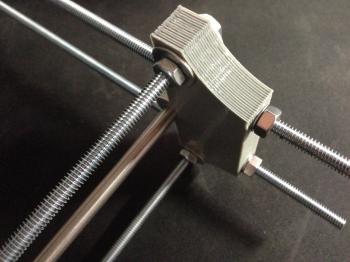 That covers the z-axis cage/frame. In the next part I'll describe the changes I've done to the motor housing, the motor couplers and heated platform support improvements.

The second part is now posted, you can read it here: http://www.igorkromin.net/index.php/2015/03/04/rebuilding-the-portabee-3d-printer-part-2/.

All content and opinions expressed on this Blog are my own and do not represent the opinions of my employer (Oracle). Use of any information contained in this blog post/article is subject to this disclaimer.
Modding, 3DPrinter, Portabee
Igor Kromin