29-Jun-2015
NOTE: This article is 3 years or older so its information may no longer be relevant. Read on at your own discretion! Comments for this article have automatically been locked, refer to the FAQ for more details.
My Cambridge Audio AVR551R finally died this morning. After doing some troubleshooting by turning it completely off, unplugging everything, then plugging everything back in and turning it on, it still didn't work. I tried to do a factory reset on it to no avail either (hold down the BD/DVD and Analog Stereo Direct buttons until RESET appears). In light of this, I went to my local AV store and got a Marantz NR1605 receiver to replace the broken CA one. Here are my first impressions with the unit, overall I have to say it is light years ahead of the AVR551R.

Here's the unit as it sits in my lounge now...lets see how it compares to the AVR551R. 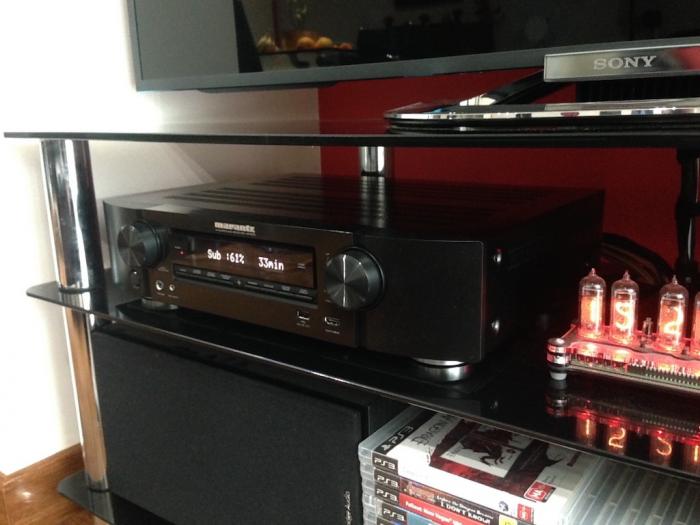 First the unboxing...everything is fairly standard, good packaging, various accessories included (tuning microphone, aerial, batteries, remote). What did stand out was that there was a tripod stand included which you assemble out of cardboard. The 551R didn't have this when I got it. If you don't have a tripod already, this takes the hassles out of setting up the tuning mic in the right positions.

Just want to look at the photos from this post?
♣ Open image gallery 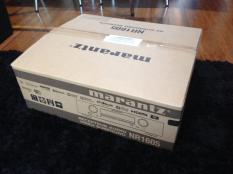 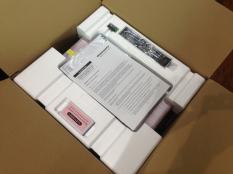 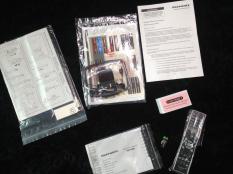 The very first noticeable thing about the NR1605 is its weight. It is so much lighter than the 551R. It also looks much slicker and sexier from the front. There is no cooling fan pointing to the back on the NR1605, but it sports a couple of WiFI antennae.

Now back-to-back and front-to-front of both units. Given that the NR1605 is several years newer, it is not unexpected that there are many more HDMI inputs than on the 551R, I like that. There are far fewer optical inputs on the Marantz, as expected since HDMI supports audio. 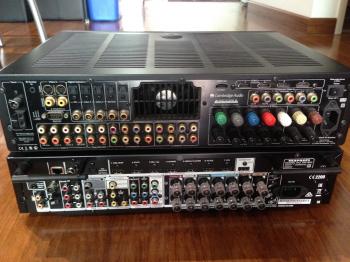 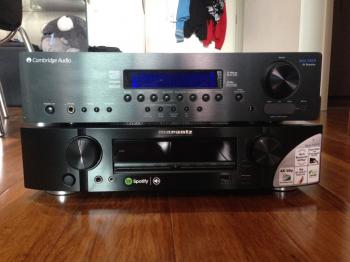 Plugging all the cables in was just as annoying on the NR1605 as it was on the AVR551R, but not much can be done about those speaker cables. Since all of my devices are HDMI, the rest of the connections were very easy to set up.

After connecting all the cables and turning the device on, I was presented with a professional looking setup wizard. This is a very nice change from the Cambridge Audio unit...Marantz nailed this aspect, the setup is very very easy, and it walks you through how to connect all the speakers, including which colours go where and how the individual cables on the speakers are connected. This was amazing. 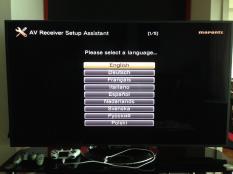 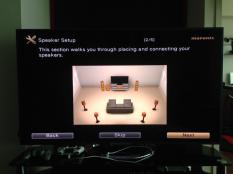 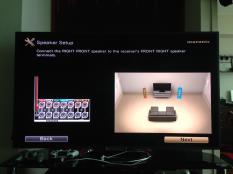 The wizard also runs you through your speaker layout and your network settings, etc. By the end you have a fully configured device. Once I was done, it told me what my speaker/room layout was and I was more or less ready to go. 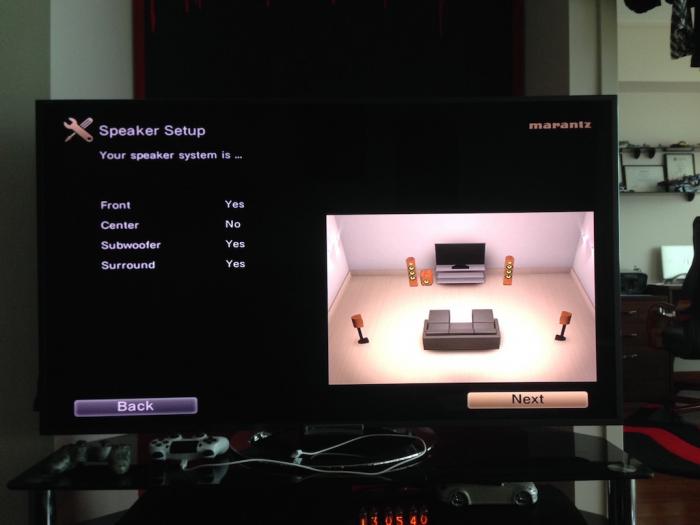 The software in the Marantz unit is so much better than what the Cambridge Audio unit has to offer, it really feels like you've upgraded to a brand new device.

After some time, the Marantz unit detected that new firmware was available and asked me to upgrade. This took some time (30 mins), but the process was completely automatic.

I found some things a bit quirky with the NR1605 - the online music and internet radio functions are a bit flaky and can take a few attempts to get to work. Also, the USB input on the front is only for audio/iPod and doesn't seem to work with an external hard drive that has video on it. There is no sound mode (stereo, surround, auto, etc) on the remote - you have to change this on the unit itself, I thought that of all things would be on the remote.

Like I said at the beginning, this unit is light years ahead of the one it replaced for me. The interface feels slick and polished in most places and the device itself looks fantastic too. Hopefully this one lasts longer than the AVR551R, but if it doesn't, at least the included 3 year warranty will see it through for the next few years.

All content and opinions expressed on this Blog are my own and do not represent the opinions of my employer (Oracle). Use of any information contained in this blog post/article is subject to this disclaimer.
Electronics, Review, Unboxing
Igor Kromin