How I upgraded to Windows 10 without waiting in queue

2-Aug-2015
NOTE: This article is 3 years or older so its information may no longer be relevant. Read on at your own discretion! Comments for this article have automatically been locked, refer to the FAQ for more details.
Windows 10 has been officially released for two days, so I thought that was enough time for everyone to have finished downloading it already and that I'll have no issues getting it quickly. However, I was surprised to find out that the upgrade is being rolled out in waves and I couldn't just click and upgrade. I didn't want to give up so easily and a quick search gave me this article that described how to force your windows to upgrade immediately. With no hesitation I went ahead and tried out the steps, there needed to be some correction in the paths that the article described, but I did get there eventually, read on for how.

Update - Windows 10 didn't work on all computers I installed it on, luckily there is a way to uninstall it - http://kr0m.in/6w5L8r9.

Before you try this, make sure that you can upgrade to Windows 10. There should be a Windows icon in the task bar, next to the clock, when you click that you can reserve your free upgrade, you can also click the three horizontal bars icon on the top left of window that pops up to go to the screen that checks if your computer meets the requirements to run Windows 10. It should all look like the images below. 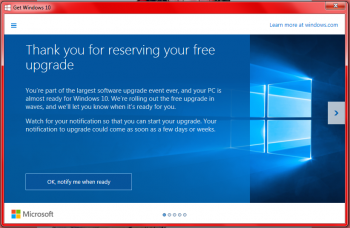 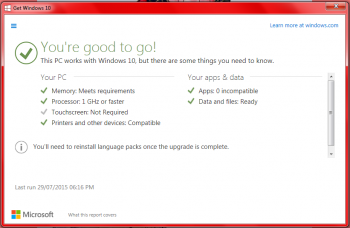 So in my case, I was good to go. Now instead of following the steps as is in the article I've linked above, I did this instead...

1. Opened the Command Prompt by opening the Start Menu and typing in 'cmd', then I've right-clicked it and chose 'Run as administrator'.

2. Changed to the C:\WINDOWS\SoftwareDistribution\ directory and renamed the Download directory to Download.old by typing in the commands below. This step is required to reset Windows Update, without doing this the upgrade will keep failing to start.

4. Once Windows Update was open, I clicked 'Check for updates', then as the progress bar changed, I typed in the following on the Command Prompt and pressed enter.

Shortly after this, Windows Update said that it is downloading Windows 10, success!

Now it was just a matter of waiting for the updates to download, once this was done a wizard launched to start the upgrade process. After a while the laptop restarted and did the upgrade more or less automatically. I did choose to customise the upgrade and turned off a number of reporting options so that Windows is not sending so much data to Microsoft. 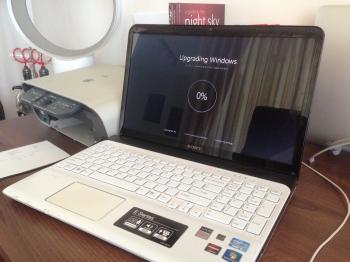 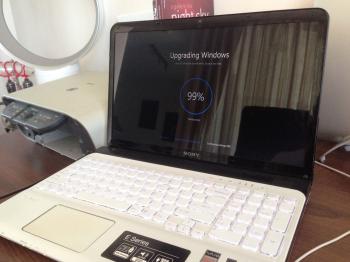 After some restarts the installation was finally coming to an end. "This won't take long" - depends if a couple of hours is not long :) 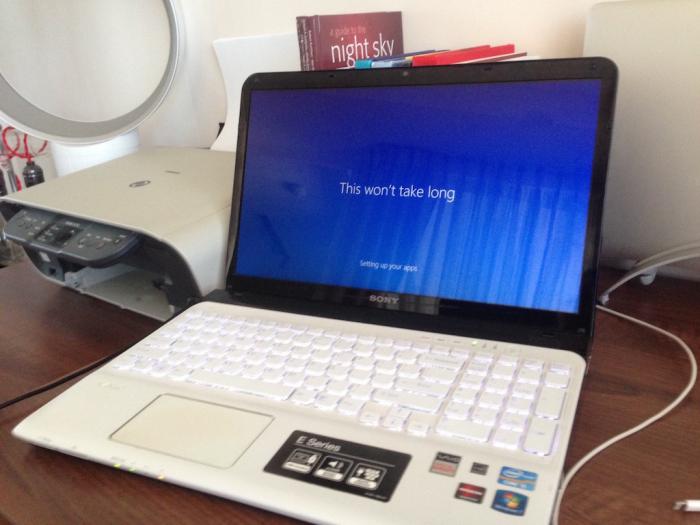 Eventually everything was ready to go and Windows 10 was installed! 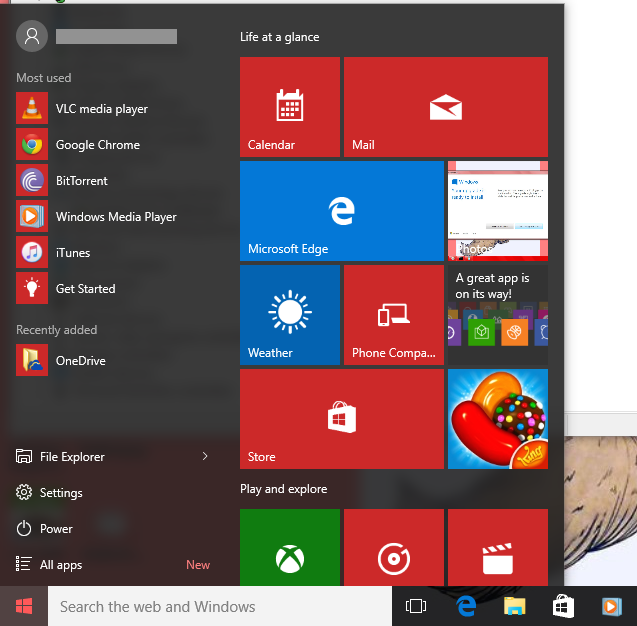 All content and opinions expressed on this Blog are my own and do not represent the opinions of my employer (Oracle). Use of any information contained in this blog post/article is subject to this disclaimer.
Tips, Microsoft, Software, Windows
Igor Kromin