25-Aug-2015
NOTE: This article is 3 years or older so its information may no longer be relevant. Read on at your own discretion! Comments for this article have automatically been locked, refer to the FAQ for more details.
Here's another peculiarity I found with the JWSC Ant Task - even though the documentation specifies that the srcdir attribute is mandatory, it is not enforced which leads to falsely reported failures during the 'Processing x JAX-WS web services...' stage.

This one had me stumbled for a while. JWSC was reporting compilation failures, but the final build status was a success. In addition when I examined the produced WAR file, it contained the very classes and packages that JWSC was claiming were missing.

This resulted in output like this (sanitised for readability):

Once I set the srcdir attribute on the jwsc task, all of these processing errors went away. It seems a little redundant to have to specify the source directory in multiple places to me, but I guess there is little choice if you want clean build system output. 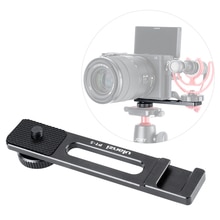