23-Sep-2015
NOTE: This article is 3 years or older so its information may no longer be relevant. Read on at your own discretion! Comments for this article have automatically been locked, refer to the FAQ for more details.
My photo frame has had some new pictures added to it recently after which it started to crash. Turns out it was running out of memory. I guess 256Mb of RAM could not accommodate for a 128Mb JVM as well as the OS. I decided to add some virtual memory swap space to it only to find that dphys-swapfile was not installed by default in Minibian. This article describes the steps I followed to get virtual memory working.

First, this is the kind of error that I was seeing...

This was verified by running 'free'...

No swap space! No big deal, just install dphys-swapfile as the root user.

During installation a 512Mb swap file is configured for you, but if you want to change that it can be done by editing the /etc/dphys-swapfile configuration file. The default is like this...

Now just run the setup and turn on the swap space...

Running 'free' again confirms that the swap space has been added...

These settings stay after a restart, so there is nothing else to do once you've set it up. After these changes I have not had a single crash.

I'd not recommend enabling swap on a Raspberry Pi unless you really need it and don't care about performance. In my case, it doesn't matter if it runs slower since it's just a photo frame, but the same won't apply in all use cases.

All content and opinions expressed on this Blog are my own and do not represent the opinions of my employer (Oracle). Use of any information contained in this blog post/article is subject to this disclaimer.
RaspberryPi, Unix, Tips
Igor Kromin 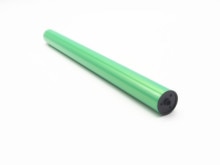