Got my Sphero BB-8 Star Wars Droid, lets see what it's like

24-Sep-2015
NOTE: This article is 3 years or older so its information may no longer be relevant. Read on at your own discretion! Comments for this article have automatically been locked, refer to the FAQ for more details.
I got the BB-8 Droid for my birthday this week and started to play around with it. Overall I have to say that it is fun, but doesn't live up to expectations based on its ad which really hypes up the product (for the price you pay at least). However if you don't take the ad seriously, the Sphero BB-8 is a fun toy to play with. So lets see the unboxing and what it comes with and then I'll show some videos of it exploring around my apartment.

If you prefer, skip my rambling and
♣ Open image gallery
instead.

It comes in a nice sturdy box, with lots of security seals on its back in my case. 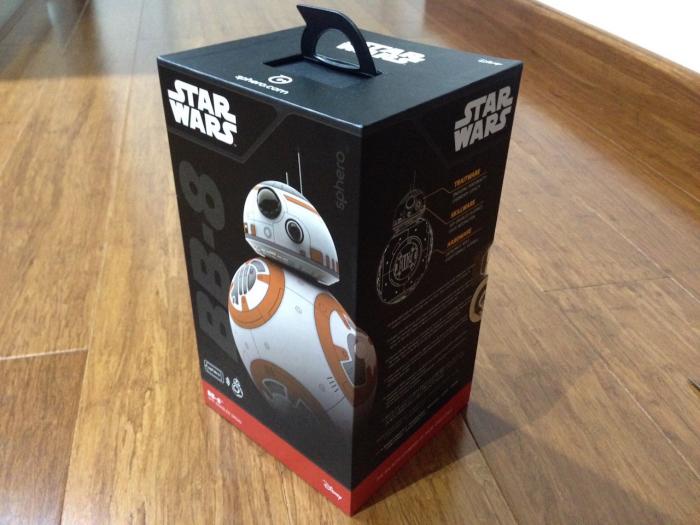 Inside it's neatly packaged in soft foam in a display case like fashion, very professional. 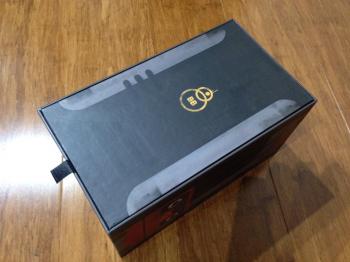 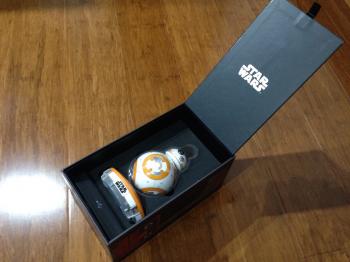 Inside the box you will find the BB-8 itself, the charging dock, a micro-USB cable and a little booklet that tells you to go find instructions online or through the App. I would have liked to have an actual instruction manual, but I guess these days everything is being delivered via digital media so that's ok. 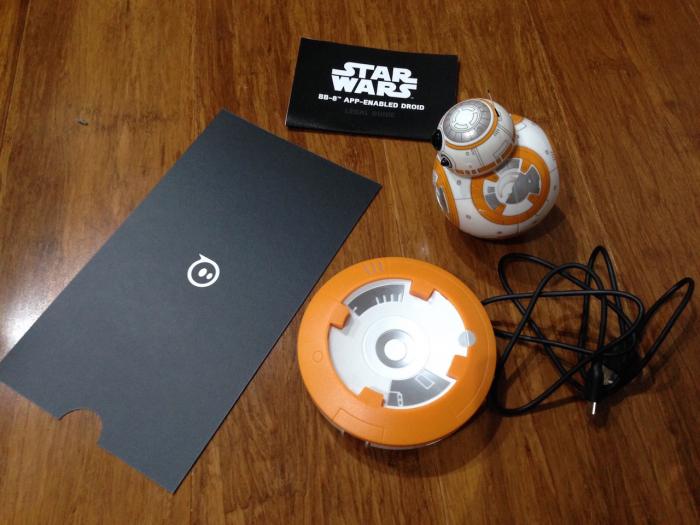 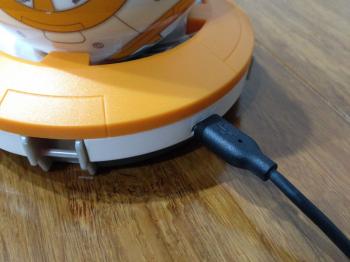 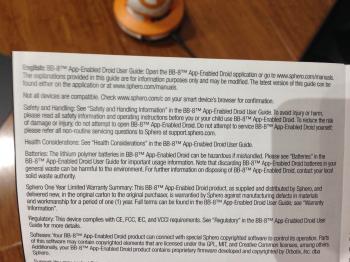 What I found cool was as soon as I connected to the droid, the BB-8 came to life. It's lights started changing, it's head started to move around as if searching for you. That's a really cool touch. This seems to happen every time you connect to it, but the first time it was definitely the best. 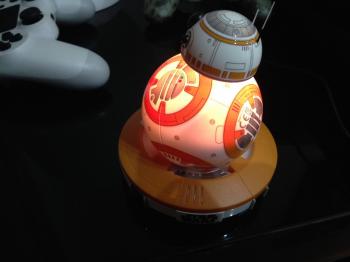 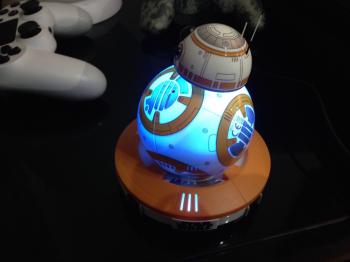 I didn't wait long to charge it because I wanted to see what it would be like hands-on. Connecting to the BB-8 is easy, open the app and hold your phone next to the droid and it will start connecting. The first time mine connected it had to do a firmware update, which didn't take long.

I found controlling the droid to be extremely difficult, this is something that the ad really fools you on. Another downside is that the sounds come from your phone/tablet and not the droid itself. I found this a bit odd since it should not be that difficult to build in a speaker into the droid itself.

All aspects of its behaviour seem to be controlled via the app. I really like the exploration/patrol mode. This essentially lets the BB-8 roam around your house bumping into obstacles, backing up and trying to move again. It does get stuck and its head does come off at times so you have to come to its rescue. The App has to be running for this to work, if you switch Apps or turn your screen off, the BB-8 flashes orange and goes to sleep mode.

Here are some videos I took of the BB-8 roaming around. You can see it behaving oddly at times, especially around obstacles. It doesn't feel like the software remembers where the walls are so I've seen it hit a wall, back up, then hit the same spot on the wall over and over. Sometimes it spins out of control too, which is funny because most of the times it eventually stops and starts to make noises indicating its confusion.

I recently discovered that the BB-8 can be controlled with other apps. This is something I will try out and will write up in a separate post.

All content and opinions expressed on this Blog are my own and do not represent the opinions of my employer (Oracle). Use of any information contained in this blog post/article is subject to this disclaimer.
Review, StarWars, Birthday, Unboxing
Igor Kromin