12-Oct-2015
NOTE: This article is 3 years or older so its information may no longer be relevant. Read on at your own discretion! Comments for this article have automatically been locked, refer to the FAQ for more details.
I've had the development team on my current project come to me with a peculiar issue. They were trying to deploy one of the web services and kept on getting an unresolved library reference error every time. This struck me as odd because we deploy these services all the time without any issues. I looked into this further and discovered that the team was using the Administration Console to deploy this service, instead of using the wldeploy ant task. This is where things got interesting.

I tried deploying this service myself and received the same error. Double checking the shared libraries confirmed that they were deployed as expected.

This was the kind of error being reported in the admin server log...

The Administration Console was reporting a more cryptic error...

To me it looks like WebLogic is trying to resolve library references before actually deploying the application. Since the upload via the Console happens on the admin server which doesn't have these libraries targeted, the deployment fails.

This seems like a problem with WebLogic. There should not be a need to target the shared libraries to the admin server just to be able to deploy webapps that use them. Needless to say, I removed admin server targeting and suggested that wldeploy ant task is used instead.

All content and opinions expressed on this Blog are my own and do not represent the opinions of my employer (Oracle). Use of any information contained in this blog post/article is subject to this disclaimer.
Programming, WebLogic, J2EE, WebServices
Igor Kromin 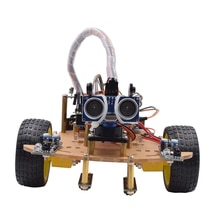