OneNote vs Apple Notes round two, Microsoft loses this time

17-Oct-2015
NOTE: This article is 3 years or older so its information may no longer be relevant. Read on at your own discretion! Comments for this article have automatically been locked, refer to the FAQ for more details.
More than a year ago now I wrote an article mostly praising Microsoft's OneNote app on OS X. Now that OS X 10.11 El Capitan has been released, my position on OneNote has become less enthusiastic. I really did love aspects of OneNote for a time, but for my purposes Apple's updated Notes App does the job better all around.

Even back when I wrote my first post about OneNote I noticed how slow it was to sync but it still offered more features than Notes did, at the time. However this slowness was grinding away at my enthusiasm. This was very familiar occurrence...

I have a FTTB Internet connection yet this sync just sits and sits and waits a long time. In the foreground too, so you can't just merrily keep writing other notes!

Still, the slowness I could tolerate, because the formatting features were superb in OneNote. Apple's Notes was nothing more than a simple text editor back then. Now the game has changed. Note's enhancements have made it more or less on par with OneNote (although the toolbars don't easily expose all the features). You can include images, formatting feature are improved, notes can be organised by folder and you can even drag any document like a PDF right into your note. There's a good hands on article describing Notes in detail here.

So I switched. I couldn't tolerate those lengthy syncs that OneNote kept on throwing at me. I did sacrifice some of the formatting features but gained a faster, lighter and more Apple ecosystem friendly application.

To demonstrate what you can do with Notes, here's a quick example I put together. It sits in its own folder, it has an image that I copy/pasted from Preview, it has a checklist and shows how text can be formatted.

With that, I say drag your OneNote app into the Trash, go to the Finder menu and click 'Empty Trash...', you're done!

All content and opinions expressed on this Blog are my own and do not represent the opinions of my employer (Oracle). Use of any information contained in this blog post/article is subject to this disclaimer.
Apple, iOS, OSX, Microsoft
Igor Kromin 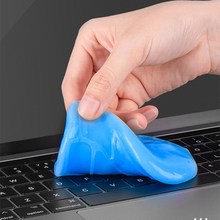