Australian Consumer Law and my horrible experience with VideoPro and SynergyAudio

31-Dec-2015
NOTE: This article is 3 years or older so its information may no longer be relevant. Read on at your own discretion! Comments for this article have automatically been locked, refer to the FAQ for more details.
I bought a Cambridge Audio AVR-551R A/V receiver close to 3 years ago and right on the 2 years, 11 months mark it broke. Under the Australian Consumer Law Consumer Guarantees it was reasonable for me to seek a remedy from Video Pro, the retailer that I purchased this unit from. As it turned out, the store staff had no intention of following the Australian Consumer Law (ACL) and further to that the supplier, Synergy Audio, also tried to avoid meeting their obligations. It was only after I pressed the point that they were violating the ACL that I was able to get some reasonable response both from Video Pro (the retailer) and Synergy Audio (the supplier).

My unit, for information, broke down and started to display the message 'Flash Update Start'. After a quick search online I found that this was most likely a hardware problem. No sound was being played, though video worked ok. This is when I disconnected the unit and took it to the store I purchased it from. 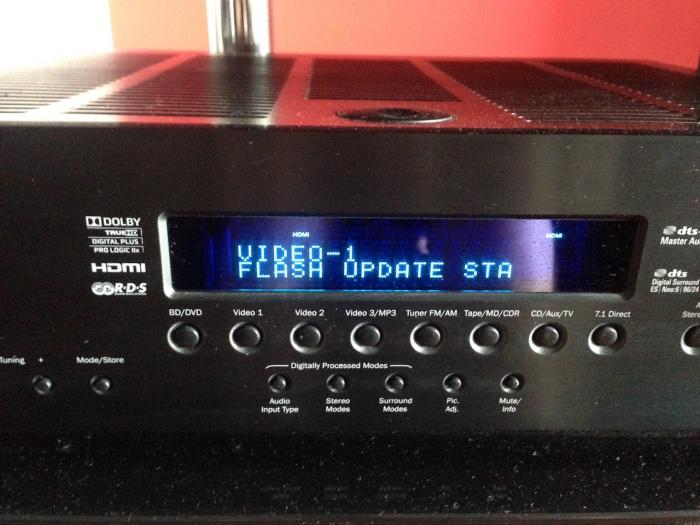 At the store the immediate response was that I should take the unit to a repair shop at my own cost. At first I thought that was it, but after reading into the ACL, I learned that action by the retailer was in fact against the ACL and therefore unlawful. I didn't know this while at the store so instead of waiting for repairs to be carried out I decided to go ahead an buy a brand new unit.

This didn't sit right with me so I read further into the ACL and found out that the retailer should be responsible for repairing my old unit. So I contacted Video Pro over email. They did not want to know about it and got me to talk to the supplier instead, another action against the ACL. Eventually after many email exchanges and me pointing out various sections of the ACL Consumer Guarantees I made some progress and the supplier agreed to have the unit inspected at the repair store at no cost to me.

This was not the end however.

The unit was found to have a defective decoder board, which would be considered a major defect according to the ACL. I was given several options by the supplier: exchange my unit for an ex-display unit, upgrade to the version 2 unit where I pay for the upgrade, or upgrade to another unit which is currently out of stock and I again pay for the upgrade. I considered all of those options rubbish and quite insulting in fact, and again in violation to the ACL.

So since the unit was deemed repairable I asked for a partial refund. Instead I was offered either to have the unit repaired (lawful and reasonable) or to get in-store credit for about 1/4 of the value of the unit (unlawful and WTF).

A supplier must not:
> offer a credit note, exchange card or replacement goods instead of a refund

The supplier and retailer seemed to have no idea or just didn't care about the ACL. In addition all these email exchanges were taking days and multiple follow up emails to get a response. It was turning into a very frustrating and stressful affair for what should have been a simple repair job.

I chose to have the unit repaired.

After dropping the unit off for repairs, everything went quiet. No updates. Nothing. Weeks passed. No word from anyone. I was eventually told that the repair store was waiting for parts to arrive. Two weeks after the parts arrived at the repairer, I still had no update.

Another round of follow up emails and I was finally told that my unit was ready to be picked up. So between July, when I first took the unit in, it took until September to have it finally repaired. Two months! Is that a reasonable time? I don't think so. Not when you spend so much on a purchase like this. Most of that time was spent trying to convince both Video Pro and Synergy Audio about their obligations under the Australian Consumer Law - which is the more frustrating part of this story. Given the size of both companies, they should know the law and their obligations.

So what did I learn from this experience? Well to me it seems that Video Pro does not train their staff about the ACL or perhaps the staff are told to try and fool the customer into believing it is not the store's responsibility. The supplier, Synergy Audio, was even more at fault here where they actively tried several different things that went directly against the ACL. This all leaves a sour taste in my mouth and makes me want to stay away from dealing with this retailer and supplier and I'd advise others to do so as well.

So don't be caught out, if you have a damaged or faulty item, read up on the Australian Consumer Law because the chances are more than likely that you can go and get it exchanged, refunded or repaired at no cost to you. Don't let the retailers fool you on your high value purchases!

All content and opinions expressed on this Blog are my own and do not represent the opinions of my employer (Oracle). Use of any information contained in this blog post/article is subject to this disclaimer.
Electronics, VideoPro, SynergyAudio, Australian, Consumer, Law
Igor Kromin