1-Oct-2016
NOTE: This article is 3 years or older so its information may no longer be relevant. Read on at your own discretion! Comments for this article have automatically been locked, refer to the FAQ for more details.
If you've ever worked on a PL/SQL project or any project with a good amount of database related work you probably have had to deal with multiple SQL files and their deployment across systems. This is exactly what I've come across recently. Even in the early stages of my PL/SQL project I had 11 separate SQL files that would need to be deployed to system and performance test environments, then propagated to production, production support, etc. To help with managing all this I decided that building a single 'super SQL' file would work best and I ended up using Maven to do it.

Maven isn't exactly suitable for PL/SQL or SQL development, but it is possible to reuse its concepts and apply them in this case anyway. I went about creating the Maven directory structure as per usual approach, my SQL files went into ${project.basedir}/src/main/sql and then I had a pom.xml in the project root directory.

I didn't actually want to do anything too smart with Maven. All I was after was the ability to merge the individual SQL files into one big super SQL file. This file would be the distributable that would get applied across various environments.

After lots of reading about the easiest way to merge files in Maven I hit a bit of a roadblock since most of the focus was on merging ZIP, JAR or Property files, not what I was after. Eventually I found the Maven Merge Plugin which did exactly what I wanted, a simple merge (concatenation actually) of files. So that's what I went with.

I had a look at the source code for the plugin and didn't really like its 'how to run' part so ended up doing something different in my pom.xml file. I simply bound the plugin 'merge' goal to the 'package' phase so to run it all I had to do was...

You can see that packaging is set to POM, that is because we are not compiling any Java, etc. The rest is fairly straight forward, there is no dependency section like described in the plugin's readme, that's not required - Maven will figure it out for you.

The main part is really all those lines. The files are concatenated together using the order that they appear in the pom.xml file.

That's all there is to it really, just list all the files, run the package phase and you will have a super SQL file in the usual target directory.

All content and opinions expressed on this Blog are my own and do not represent the opinions of my employer (Oracle). Use of any information contained in this blog post/article is subject to this disclaimer.
Programming, SQL, Oracle, Maven
Igor Kromin 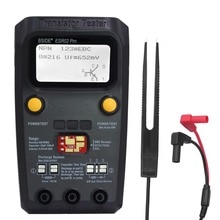