4-Oct-2016
NOTE: This article is 3 years or older so its information may no longer be relevant. Read on at your own discretion! Comments for this article have automatically been locked, refer to the FAQ for more details.
I've been running the same version of VMware Fusion on a number of OS X releases and even though it was a rather old verion (6.0.6) it continued to work all the way up to and including on El Capitan. The official documentation stated that configuration was not supported, but it worked. Now I upgraded to macOS Sierra and all hell broke loose. None of my VMs would start and to make it worse the actual Fusion App itself was badly broken.

I first discovered that there was something wrong when I tried to check for updates and was presented with this error message - 'A certificate error occurred for the update server'.

Not very informative, but the logs had more detail...

I could access that URL in Safari and it had a valid certificate so not sure what was going on there. I gave up trying to do the update at this point.

That's when I realised that my VMs would not start.

Every time I'd try and start a VM I would get either 'Cannot find a valid peer process to connect to' or 'Internal error' pop up.

Among other errors, the logs were filled with messages like this...

The odd thing, when running lsof, and looking for anything that had these files locked, nothing came up. I also tried restarting several times to make sure it wasn't an issue with unloaded KEXTs, that didn't help at all.


Alright at this point I was annoyed and realising that maybe I needed to upgrade. So, I thought I'd go and check the compatibility matrix for the 8.5 version of Fusion. That explicitly states that Sierra is supported.

Unfortunately my 6.x license could not be used for 8.5. I decided to go for the 30-day trial to see if everything would work and installed the latest VMware Fusion 8.5.

It didn't work. My VMs still would not start.

However, after restarting I was able to get things rolling. My VMs finally started working. Progress!

So there you have it, unless you have the latest version of Fusion, good luck running it on Sierra. Quite a shame really, but looks like there is no choice but to pay for a new license or license upgrade if you need to keep running VMs on your Mac and want to run the latest macOS.

After running the new VMware for a while I am having my VM crash from time to time. This seems to happen when I try to connect to a VPN inside my Windows 7 VM. The crash is a complete crash of the VMware process and makes the VM lose state, it's just like pulling the plug.

All content and opinions expressed on this Blog are my own and do not represent the opinions of my employer (Oracle). Use of any information contained in this blog post/article is subject to this disclaimer.
Apple, Error, VMware, Fusion, macOS
Igor Kromin 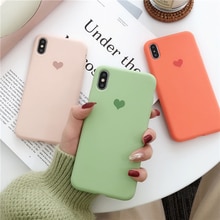