So I finally got to try eating some space food

8-Jan-2017
NOTE: This article is 3 years or older so its information may no longer be relevant. Read on at your own discretion! Comments for this article have automatically been locked, refer to the FAQ for more details.
When we were in New York, we visited the American Museum of Natural History and while exploring their space exhibitions I bought some of the space food they sell (it was all ice cream). I ended up giving most of it away as presents but kept one - Chocolate Ice Cream with Chocolate Chips. I've never had freeze dried food so watched this awesome video first - Making astronaut ice cream in my home shop. After that I knew what I was in for, read on for my experience with this interesting food item.

This was the packaging for the ice cream. It was a single serving of 19 grams. 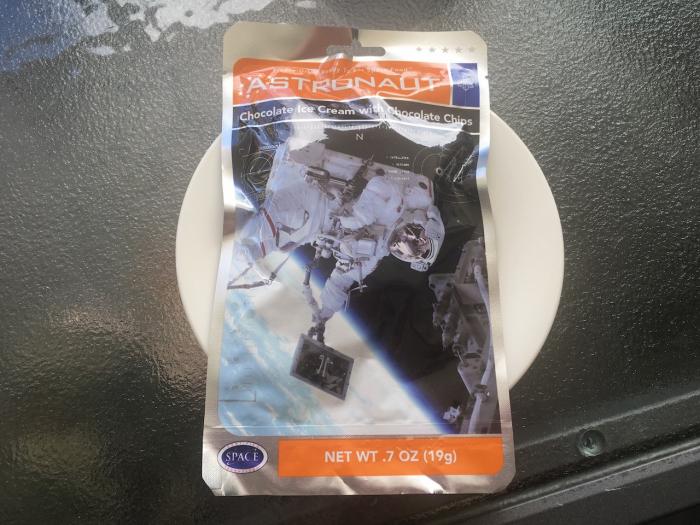 The back of the package contained some interesting information on how the freeze drying is done, which I thought was a nice (and educational) touch. Inside the outer foil package was another paper package with slits cut though it. Not sure what the slits were there for, possibly to allow you to break off pieces easier. My ice cream was broken inside already, which probably happened in the suitcase during transit. 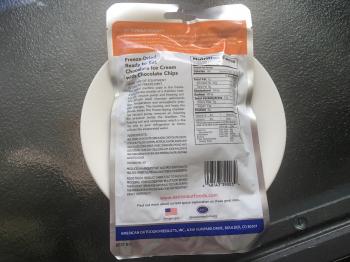 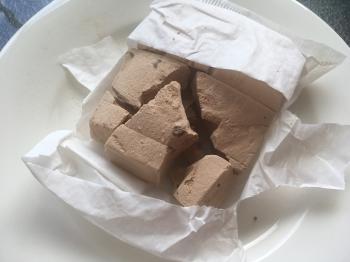 It was completely dry. The closest food I could compare it to was honeycomb, like in those chocolate Crunchie bars. There were chocolate chips embedded into the ice cream in places. 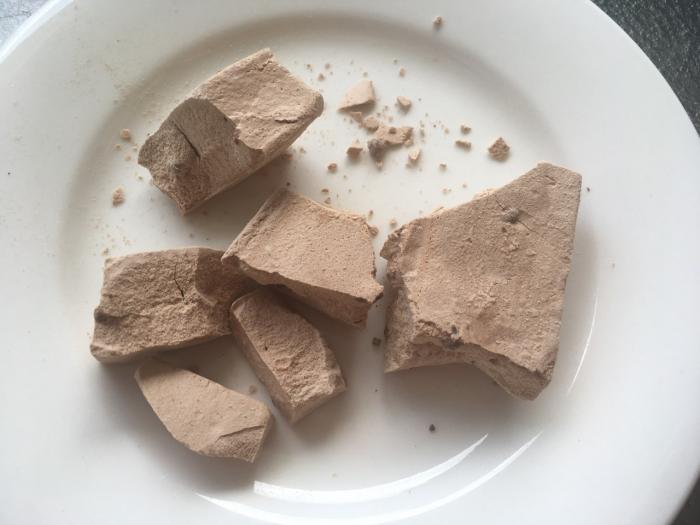 I popped some in my mouth - the feeling was interesting. As soon as it got wet it 'melted' and turned into something resembling warm ice cream slosh. Strange sensation but tasty!

I decided to see if it would rehydrate by adding water to it in a small bowl... 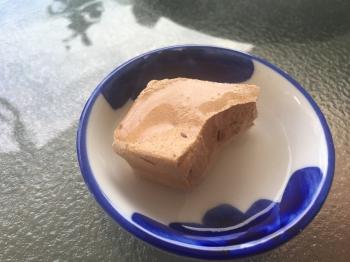 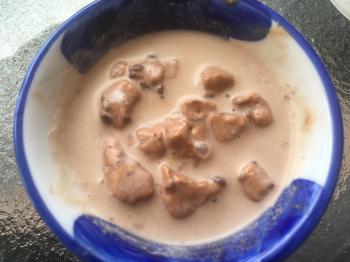 That experiment wasn't as successful as I thought it would be. It took over 10 minutes to get it to rehydrate and required being prodded and pocked the whole time. It definitely rehydrates and turns mushy in your mouth quicker.

In the end I had a small bowl of what looked and tasted like melted ice cream that has been allowed to warm up. Not too appealing but it did taste nice. The chocolate chips obviously didn't melt, they just floated like little icebergs of sweetness. 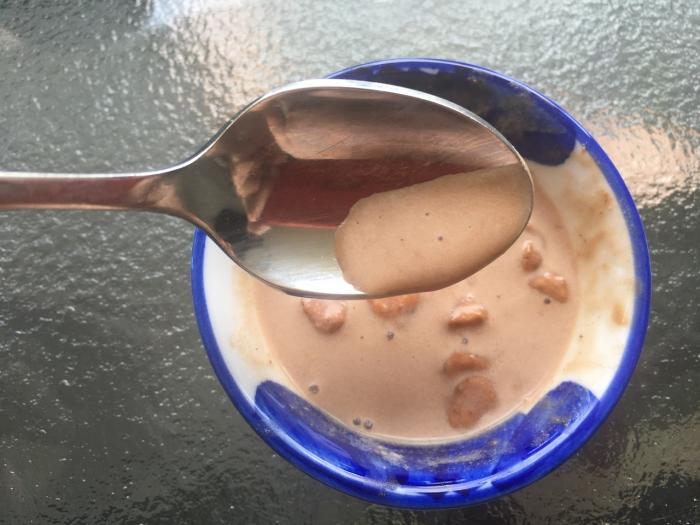 This is probably not something I would want to have for desert all the time, but I'm glad to have tried it this once.

All content and opinions expressed on this Blog are my own and do not represent the opinions of my employer (Oracle). Use of any information contained in this blog post/article is subject to this disclaimer.
Review, Food, Space, SpaceFood, ANHM
Igor Kromin