3-Feb-2017
NOTE: This article is 3 years or older so its information may no longer be relevant. Read on at your own discretion! Comments for this article have automatically been locked, refer to the FAQ for more details.
PHP's PDO is a great way to access databases and works as expected on the most part, that is until you come to the IN() operator. Some peculiarities begin to emerge there as I've discovered recently when updating code for my travelblog.ws project.

Below is the kind of code I was running to execute a SQL statement and get back some results. Not showing the creation of the database connection ($dbConn) for brevity. The code is quite straight forward.

The IN() clause is actually very well documented in the PDOStatement API. It specifically states how it does not work:

Multiple values cannot be bound to a single parameter; for example, it is not allowed to bind two values to a single named parameter in an IN() clause.

So what does that mean? Well let's see. The following two bits of code produce the same results.

That's not surprising a single bind parameter for IN() and the equals (=) operator will produce identical results (print_r() output below).

When trying to combine multiple IDs into a single bind parameter for IN() such as both of the two examples below...

Gives no results. That's due to not being able to bind multiple values to a single bind parameter as in the PDOStatement documentation mentioned above.

However the following monstrosity works...

The above code of course doesn't use a bind parameter, just string concatenation to build up the SQL statement. Not surprisingly, both of the records are returned.

So what do you do if you want to have multiple bound values for the IN() operators? There are several options - either use the last approach by concatenating values into a string, which will expose you to SQL injection attacks and potential poor performance. You can use multiple bind parameters, one for each value you want to bind e.g. 'IN(:val1, :val2, val3)'. You could also convert the IN() to multiple OR clauses inside the SQL.

Which option is picked depends on the rest of your code. In my case I went for concatenation of the SQL string because it was the quickest to do without major refactoring and I didn't have to worry about SQL injection since all of my values were coming from other SQL query results first.

All content and opinions expressed on this Blog are my own and do not represent the opinions of my employer (Oracle). Use of any information contained in this blog post/article is subject to this disclaimer.
Programming, SQL, PHP, MySQL
Igor Kromin 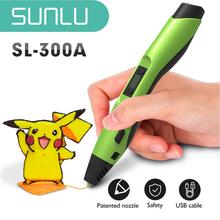