28-Feb-2017
NOTE: This article is 3 years or older so its information may no longer be relevant. Read on at your own discretion! Comments for this article have automatically been locked, refer to the FAQ for more details.
I've had my Razer DeathAdder Chroma for roughly six months and yesterday in the middle of the day the middle button click (scroll wheel click) stopped working. I use this button very often so it was really a necessity for me and I either had to fix it or get a new mouse. Turns out many people had the same problem me judging by the amount of complaints on various forums. There were suggestions how to fix it too, which didn't work on my mouse, so I took it to the next level and brute force fixed it. Read on for how.

If you follow these steps it will 100% void your warranty, so only do this at your own risk or if you don't care if the mouse will be unusable afterwards. I will not be held accountable for any damages!

So this was my mouse. It had to be opened up before I could begin. 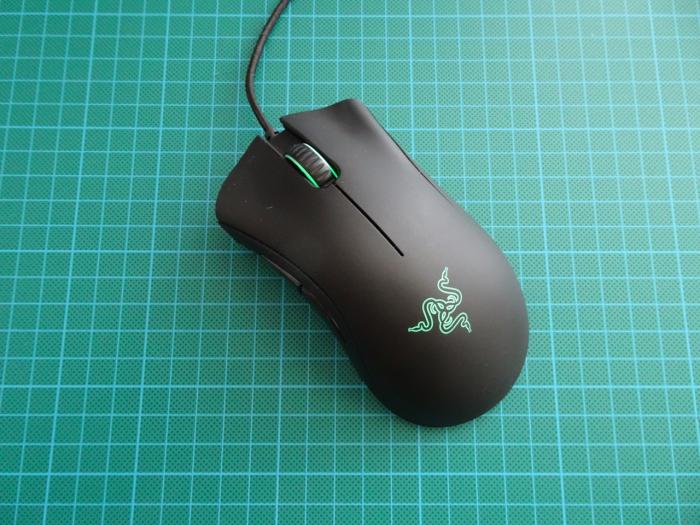 There were three screws holding the mouse together. Two were under the front slide pads and the third was under the sticker. I had to peel the pads off with a putty modelling tool, but anything sharp would have worked to remove them. After the screws were out I pried the case open from one of the corners and gently pulled the top and bottom apart. 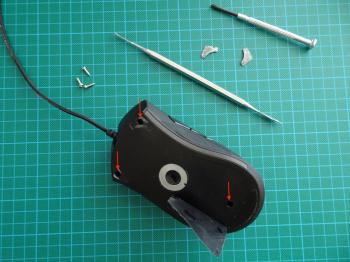 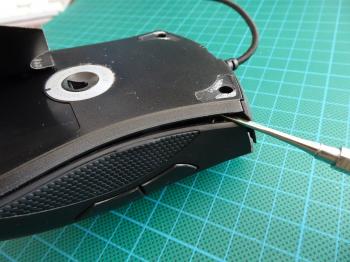 Inside were a bunch of electronics and switches. I tried following other people's suggestions by mashing the scroll click switch a bunch of times, but it didn't help. 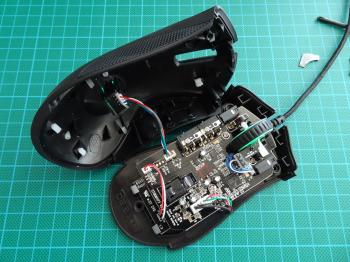 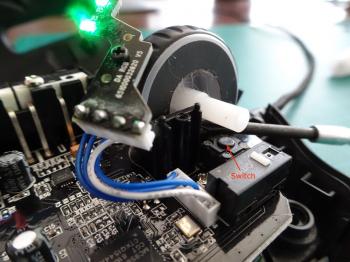 At this point I had an idea. I noticed earlier that the side buttons worked in a similar way on my Mac as the scroll click button. So I thought that maybe I could rewire them. For that I needed to take the main circuit board out of the bottom of the case. This was a bit more work because there were five screws holding it in place with two of them hidden on top of the switches as pictured below. 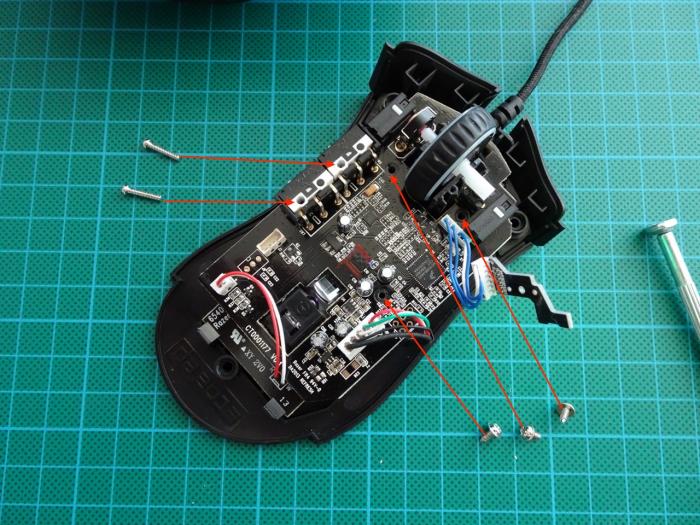 I used my multimeter to see if the scroll click button worked, and it did, every single time I clicked the wheel, yet it didn't register as a click every time. 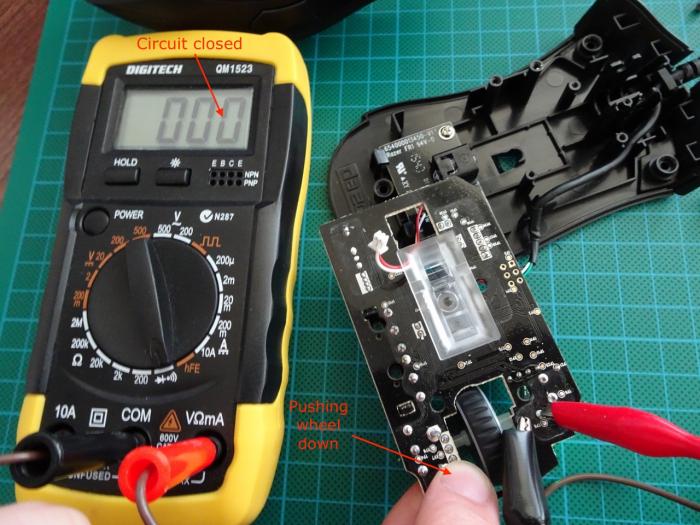 That led me to think that the problem was not with the button itself but somewhere else in the mouse circuitry. Then thinking back on those side buttons I figured that if I could trigger the side button using the scroll click button then it should give me the results that I wanted.

So I did just that. I wired the scroll click button to one of the side buttons. These buttons had three terminals and the first time I connected to the wrong ones which made my computer think that I had the scroll click down constantly. Whoops! After measuring with my multimeter I found that when connected one way the side buttons are always 'on' and turn 'off' when clicked and when connected a different way, they are 'off' by default and turn 'on' when clicked. I wanted the second option, the wiring for that is shown below. 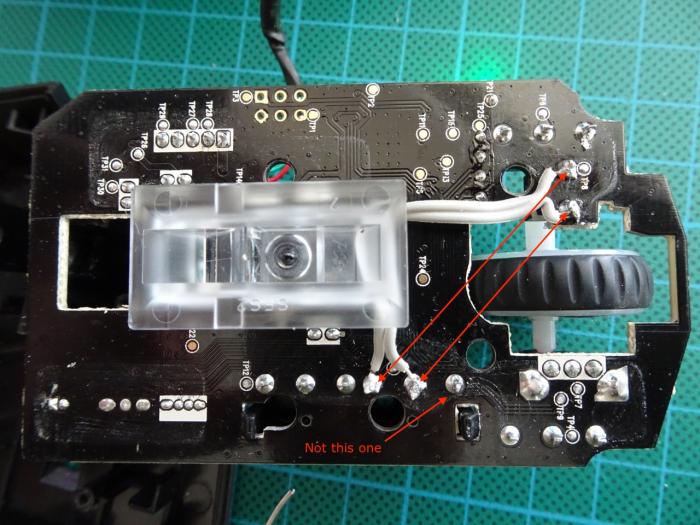 After making those connections and putting everything back together I had a working scroll wheel click again! I never use the side buttons so that is not a problem for me, but if you do need those buttons - try other approaches or get a new mouse. If you have that side button mapped to anything in Razer's software, you will have to make sure it is configured to work as a scroll click button.

All content and opinions expressed on this Blog are my own and do not represent the opinions of my employer (Oracle). Use of any information contained in this blog post/article is subject to this disclaimer.
DIY, Electronics, Razer, Repair
Igor Kromin