Unmarshalling an XML fragment representing a JAXB object without XmlRootElement

15-Mar-2017
NOTE: This article is 3 years or older so its information may no longer be relevant. Read on at your own discretion! Comments for this article have automatically been locked, refer to the FAQ for more details.
I've recently had a requirement to unmarshal an XML fragment that was passed into one of my services. This in itself is typically not and issue and I've written code that does that plenty a time, however in this case I was having to unmarshal a fragment for a complex type, not for an element. That's where it got a little bit more complicated.

Initially my code was throwing the following exception:

So that meant that the unmarshaller didn't recognise any valid elements in my XML string that I was trying to unmarshal. I checked the JAXB Context and it definitely had the complex type I was after so it was something else I was doing wrong.

Lets take a step back and look at the schema, my complex type, MyComplexType, was defined as:

That resulted in a JAXB generated class that looked like:


So, no XmlRootElement annotation. That's because it was a complex type and not an element of that type. That should have been obvious right away, but I missed it initially. Luckily there was a simple way around it. All I had to do was tell JAXB what complex type I was expecting and wrap the XML fragment as a Source or specifically StreamSource.

So the code that would achieve that looked something like...

That worked like a charm and I could then get my unmarshalled complex type instance from the JAXBElement instance.

All content and opinions expressed on this Blog are my own and do not represent the opinions of my employer (Oracle). Use of any information contained in this blog post/article is subject to this disclaimer.
Java, XML, JAXB, XSD
Igor Kromin 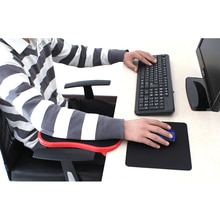