Do not use Bing Ads to run your marketing campaigns

8-Jun-2017
NOTE: This article is 3 years or older so its information may no longer be relevant. Read on at your own discretion! Comments for this article have automatically been locked, refer to the FAQ for more details.
I've signed up with Bing Webmaster Tools a while back and as a part of that sign up I was offered a $100 credit with Bing Ads. I thought this was a great idea as I had a new product that I had coming to market so decided to check out Bing's ad network. I was severely disappointed! If you're looking to run an ad campaign with Bing, rethink that decision and look somewhere else - they'll treat you like a child and will block you.

This was the offer that got my attention. $100 is not much towards an advertising campaign but it's a start. To take advantage of this offer, I had to sign up to a new Microsoft account of course, boo.

Alright, well after all the account set up and verification I was able to login to Bing Ads finally! Progress. It told me that I had to add a funding source, which is the only way to get you $100 credit by the way! Yep you do not get that credit automatically, you have to add it as a coupon code when adding a billing source. Sneaky.

So I tried to add my MasterCard as a payment source, it got rejected. That was strange so I tried to add my Amex next, that go rejected too. Tried both the cards again, same thing. For some reason Bing just would not accept my card, which were both valid and all the information I provided was correct.

Next I noticed there were errors on my account...

The account is inactive?! How can this be? I've just signed up and was able to login! Alright well I contacted support to see what was wrong.

The support rep had a huge aura of attitude about him/her! They weren't helpful in the slightest. The directions they gave were not clear, I was asked questions like am I the owner of the cards that I tried to add, c'mon really? The whole experience talking with that support rep was degrading.

Sometime through the process I signed out of Bing Ads and tried to sign back in, only to be told that my account is blocked now! Wow, thanks!

So there you have it. I didn't even get as far as trying to claim my $100 credit nor create any sort of campaign. It was a complete waste of time and in the end I got spoken to as if I was a child who didn't know what he was doing.

It's no wonder Bing Ads isn't the #1 advertising network out there.

All content and opinions expressed on this Blog are my own and do not represent the opinions of my employer (Oracle). Use of any information contained in this blog post/article is subject to this disclaimer.
Microsoft, Internet, Bing, Advertising
Igor Kromin 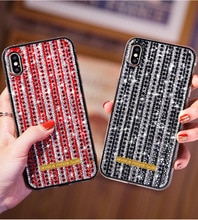