25-Jul-2017
NOTE: This article is 3 years or older so its information may no longer be relevant. Read on at your own discretion! Comments for this article have automatically been locked, refer to the FAQ for more details.
My Bears vs Babies delivery finally arrived today! I was one of the backers of the Kickstarter campaign and ordered the game itself plus the NSFW booster pack. While it was all getting ready I also added Exploding Kittens into the mix, but that was just an extra bonus. This was the main event... 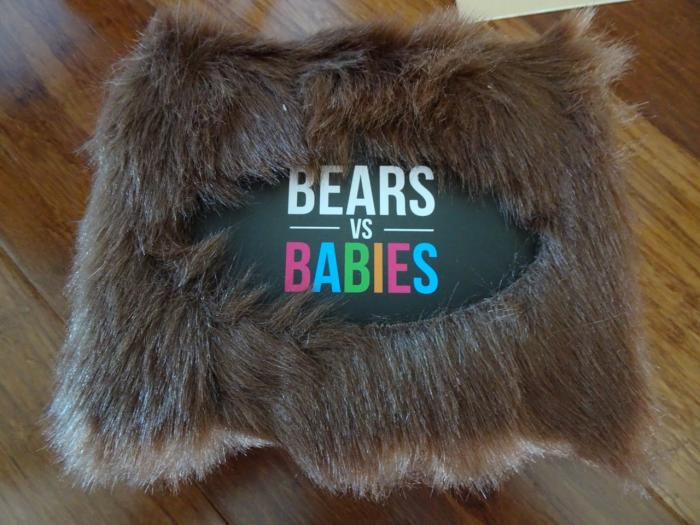 The parcel arrived and I immediately knew what it was, because it was sealed with Bears vs Babies packing tape! Inside it had the Bears vs Babies game, the NSFW booster pack and the NSFW Exploding Kittens game (more on this one in another blog post). 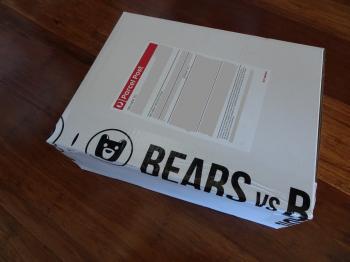 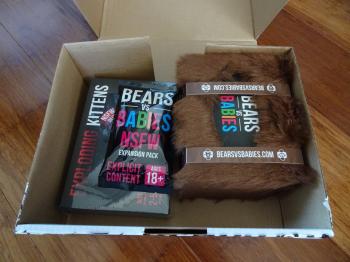 The packing list had a nice personal touch. Wasn't expecting this, super cool! 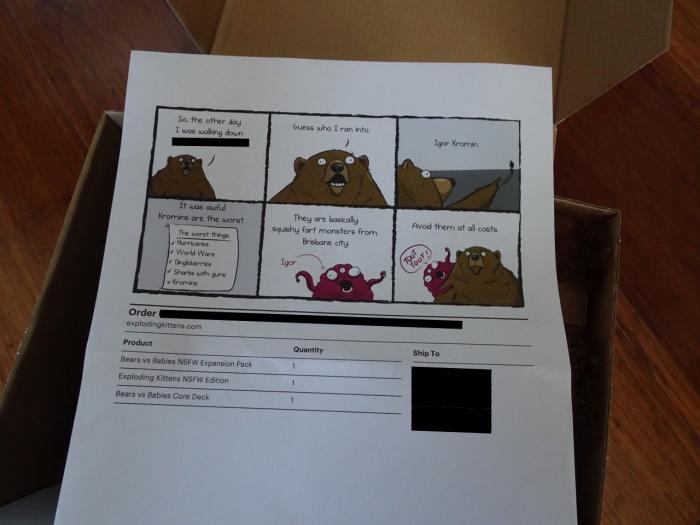 So what's in the box? You have the two card decks, play mat, instruction manual, FAQ booklet and a Thank You envelope (somehow it went missing from the photo below, but it was there!) The NSFW booster pack came in foil packaging with the cards, some instructions and a themed condom inside. LOL. 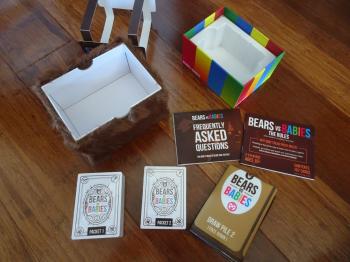 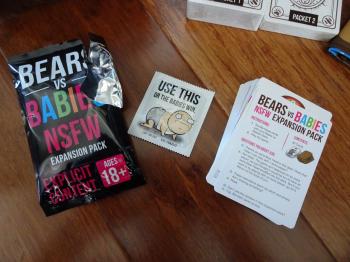 The card decks, one and two, fit nicely into the box with plenty of room left. The NSFW booster pack neatly fit on top of the standard decks inside the box...it's as if it was...designed that way! 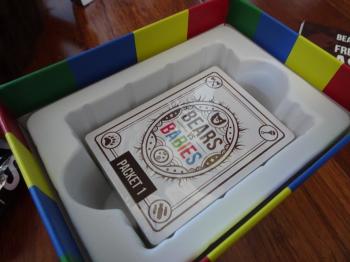 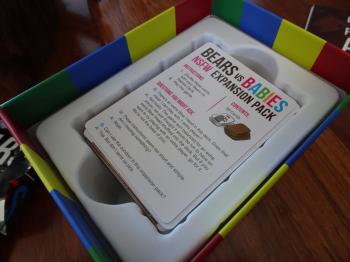 This is the play mat, nice and simple. 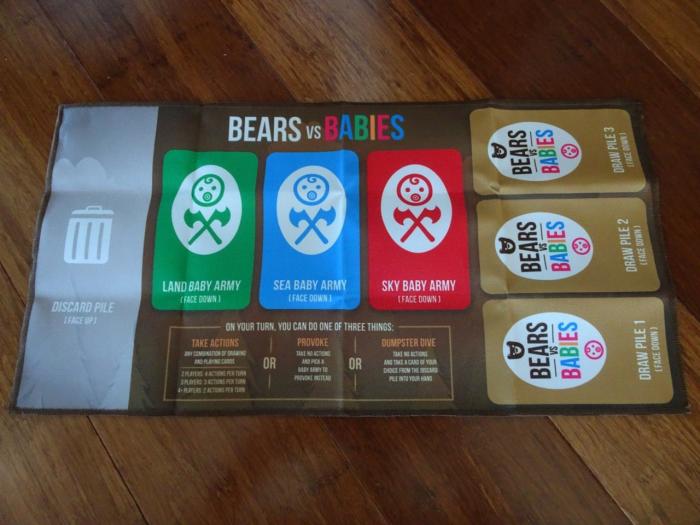 The Thank You envelope had a short thanks card and an exclusive Kickstarter Backer Bear Head card too, awesome! 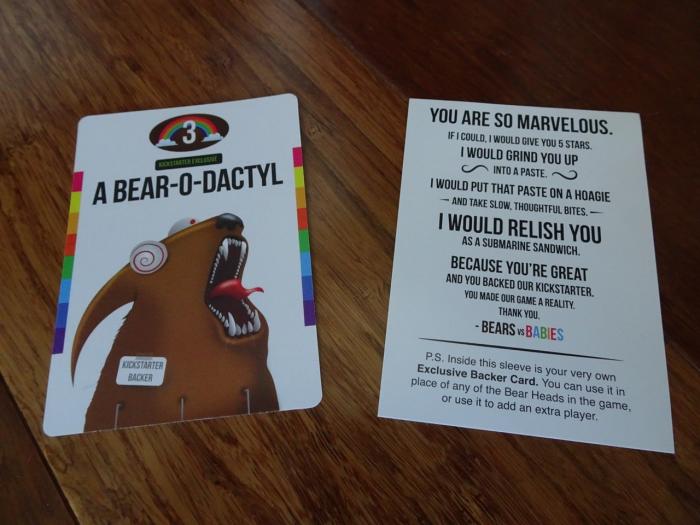 I might do an unboxing of Exploding Kittens some time later too. Can't wait to get playing Bears vs Babies!

All content and opinions expressed on this Blog are my own and do not represent the opinions of my employer (Oracle). Use of any information contained in this blog post/article is subject to this disclaimer.
Games, Review, BearsVsBabies, Unboxing
Igor Kromin