7-Jan-2018
NOTE: This article is 3 years or older so its information may no longer be relevant. Read on at your own discretion! Comments for this article have automatically been locked, refer to the FAQ for more details.
I've been waiting for the Nyko Super MiniBoss controllers to be released for quite some time now. They were meant to be my Christmas present but for one reason or another their release date was pushed back time after time and I only received them a few days ago. This is a quick look at the controllers and my initial thoughts on them.

The controllers are for the SNES mini classic but they should also work on the NES classic. I got a pair of these controllers so that we could play two player games from the comfort of our couch. They came in a slim box which was nicely designed, functional and very colourful. 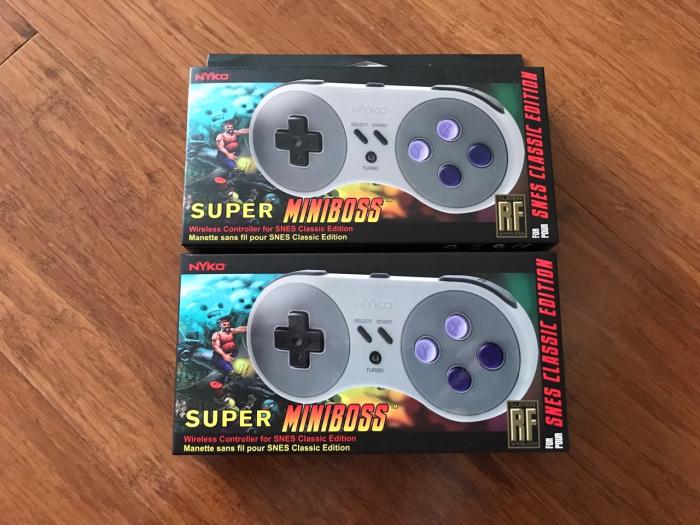 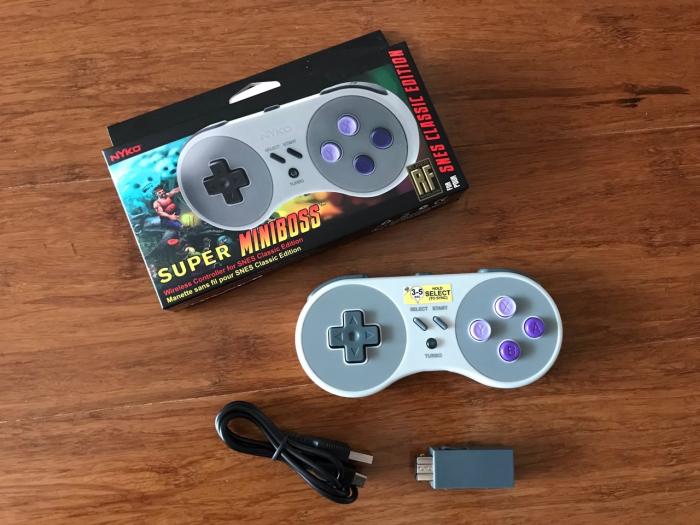 I went ahead and plugged one of the dongles in and synced it to the controller. My immediate thoughts on this dongle were - "wow it's so big and ugly" and now after getting used to them for a few days my mind hasn't changed. Why are they so big I don't know! 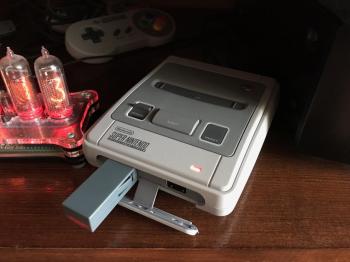 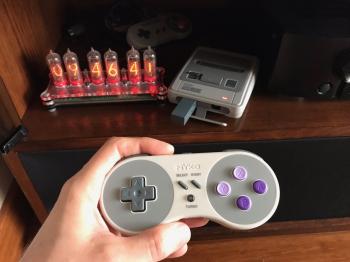 I plugged the other dongle in and synced that to the second controller. Something that I didn't love was that each dongle was permanently synced to the same controller all the time. When you have two identical controllers it can be a pain if you happen to grab the wrong one and want to play a one player game. This is probably the only logical way to do it though. 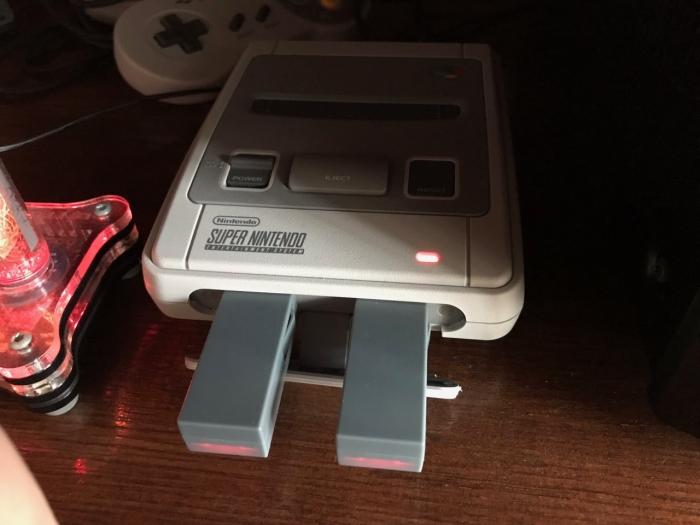 Compared to the original SNES mini controller the MiniBoss is almost identical. It does use the North American version button colouring which is a little boring. The L and R buttons seem to be raised more compared to the original. These buttons are also very clicky, it's literally as if you're clicking a mouse button.

The D-pad is slightly larger versus the original and I think that's a nice change. The Start and Select buttons are in a higher location to make room for the Turbo button. I've tried out the Turbo button with some games and it's great! In R-Type it makes a huge difference. This is an excellent addition to the controller. 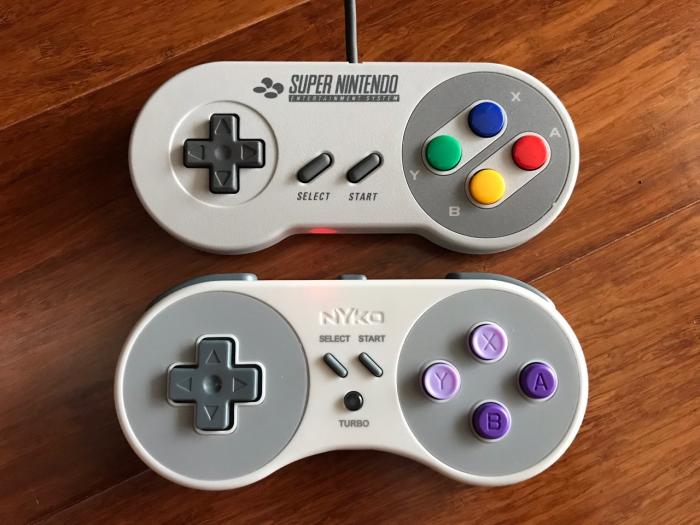 There's another difference in the buttons - the X and Y buttons are inset on top rather than having a roll-off like the A and B buttons. Personally I think this is a bad design decision and that all off the X Y A and B buttons should have had the same shape. 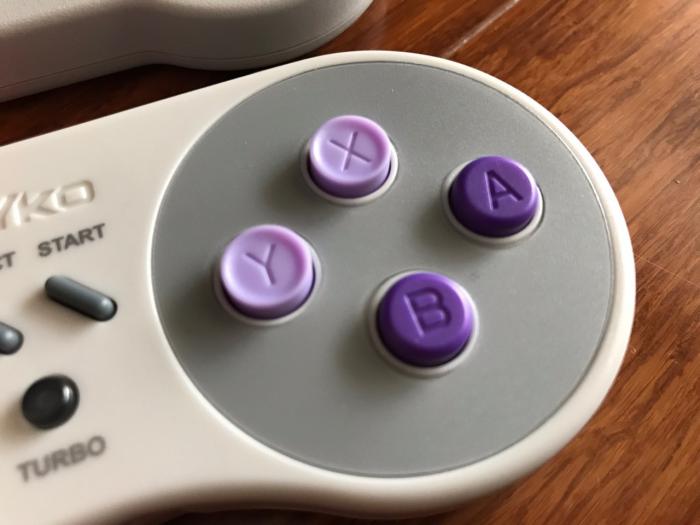 Overall though, the controller is great. It's not too heavy in the hand. It replicates the feel of the original controllers fairly closely and most importantly it doesn't have any wires! Something like this is an absolute must for a SNES mini. The only thing I'd love now is a stand so two of these can be charged at the same time (maybe I'll build one!) 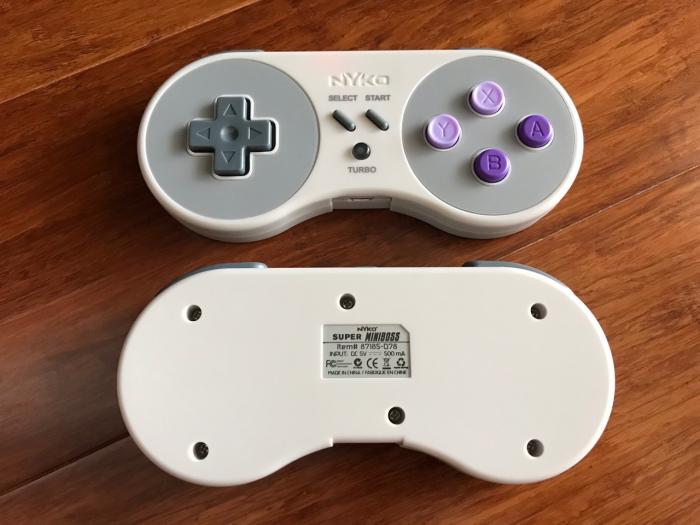 All content and opinions expressed on this Blog are my own and do not represent the opinions of my employer (Oracle). Use of any information contained in this blog post/article is subject to this disclaimer.
Games, SNES, Review, Nintendo, Nyko, MiniBoss
Igor Kromin