28-Jan-2018
NOTE: This article is 3 years or older so its information may no longer be relevant. Read on at your own discretion! Comments for this article have automatically been locked, refer to the FAQ for more details.
When Razer announced their new Atheris wireless mobile mouse I was really looking forward to getting my hands on one. Unfortunately Razer didn't realise it in Australia until months after the US release and then it took me about a month longer to finally get my hands on one.

The main reason I wanted to get this mouse was because it was advertised as having both Bluetooth and 2.4Ghz connectivity. I was sick of having to use a dongle with my MacBook Pro with my current mouse all the time so this seemed like a good solution. I could ditch the dongle and connect via Bluetooth! I knew that Bluetooth mice typically experienced a huge amount of input lag but this was Razer, surely they worked everything out or they wouldn't be advertising it as a performance mouse. Right?!

The mouse finally arrived and the packaging was typical Razer... 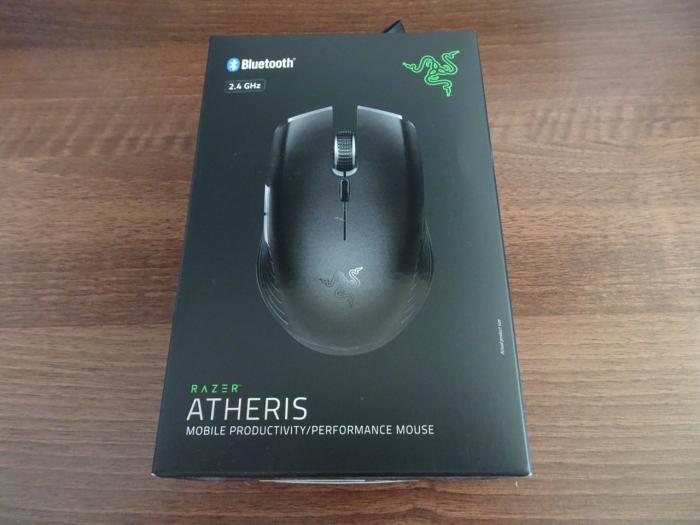 Batteries were included which was a nice but necessary touch. 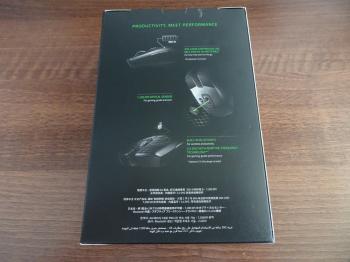 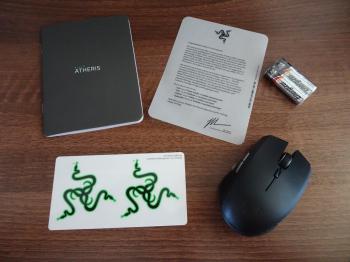 The two batteries are installed under the top cover, which is very easy to remove. I was expecting it to be secured a little better here. 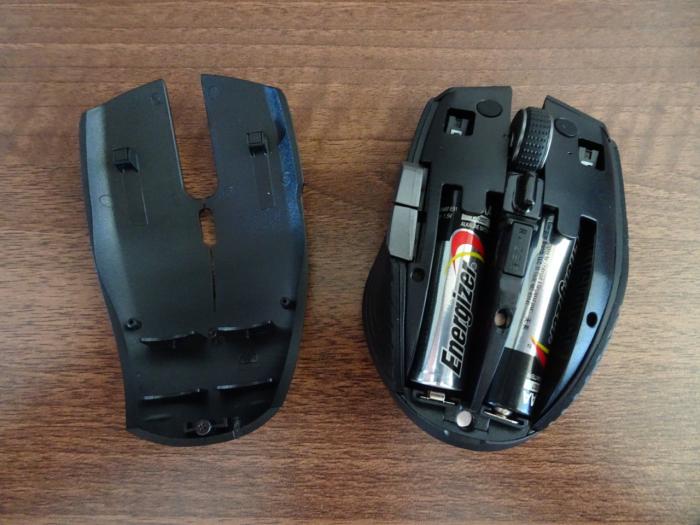 The 2.4Ghz wireless dongle nests between the batteries and is typically covered by the top lid. This is a terrible design idea! Unless you have the dongle connected to your laptop all the time, you will be taking the mouse apart every single time you want to use it (via the dongle). Why Razer didn't have a spot for the dongle under the body like every other mouse out there is beyond me. 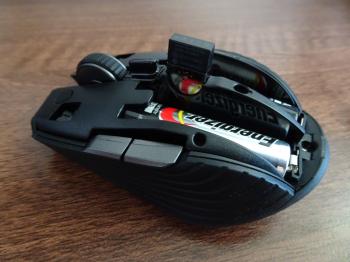 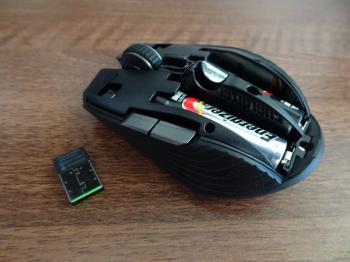 Connecting the mouse via Bluetooth was simple. It had to be put into pairing mode and then my Mac detected it and was able to connect. The LED lit up blue during this process. 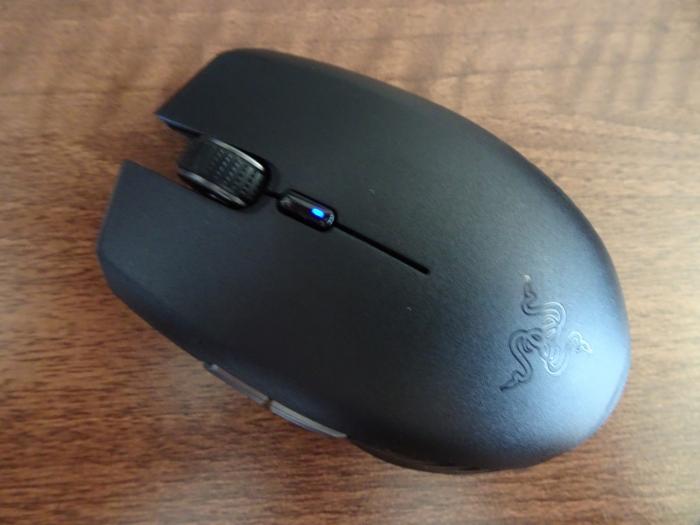 So the moment of truth was upon me. I started to move the mouse...only to get the typical input lag that I've seen with every other Bluetooth mouse! I thought maybe I had DPI settings messed up, but changing those took things from bad to worse. At some DPI settings it felt like I was dragging the mouse cursor through molasses! The mouse was completely unusable!

I don't think I was more disappointed with a product in a long time. The mouse simply does not work as advertised when connecting it via Bluetooth. Connecting via the dongle is a different story though - the cursor is smooth and precise, but that defeats the purpose of getting this mouse in the first place. If I knew this would be the outcome, I would have stuck with my old Microsoft Mobile 4000 mouse.

Speaking of the Microsoft mouse, this is what the Atheris looks like compared to it.... 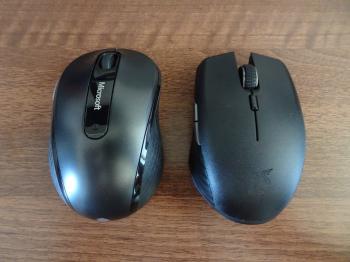 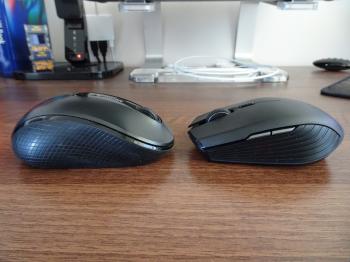 The size is very similar. The only great point that the Atheris has going for it is the additional weight due to the second battery. It feels a lot better in the hand than the Microsoft mouse. That's the only thing though.

Another disappointment with the Atheris was that it didn't come with a pouch. Considering the cost of this mouse you'd think Razer would include some kind of pouch, but no, nothing. Luckily I had a pouch from a different Razer mouse I bought a long time ago so ended up using that. A mouse advertised as a mobile mouse and sold without a pouch is like a car being sold without any wheels.

So would I recommend this mouse? The answer is a strong NO! There is no value for money here, there is no amazing functionality that justifies the price, there are no nice accessories, and worst of all it performs like a cheap $10 mouse if used via Bluetooth. Don't get it.

All content and opinions expressed on this Blog are my own and do not represent the opinions of my employer (Oracle). Use of any information contained in this blog post/article is subject to this disclaimer.
Review, Laptop, Razer
Igor Kromin