Does ReRACK really work as a wire rack repair solution?

8-Apr-2018
NOTE: This article is 3 years or older so its information may no longer be relevant. Read on at your own discretion! Comments for this article have automatically been locked, refer to the FAQ for more details.
For way too long one of the wire racks inside the dishwasher at home had a rusted away section. This wasn't exactly safe and definitely unsightly so I decided to try and fix it. Getting a new rack was the first thought but it was an expensive option and since most of the existing rack was in a good shape, an unnecessary one. So, I did some research and came across a product called ReRACK. It was specifically designed to fix the type of damage I was seeing.

The product was a 'plastic dip' that could withstand high temperatures of a dish washing cycle and was meant to reseal and protect exposed metal surfaces. It seemed a little too good to be true but I wanted to try it out, so I placed my order and waited for it to be shipped from US (to Australia). Lets see how the repair went.

This was the most severe damage that had to be fixed. The only way to do that was to cut away the rusted portions of the rack, clean it up and then coat it with ReRACK. 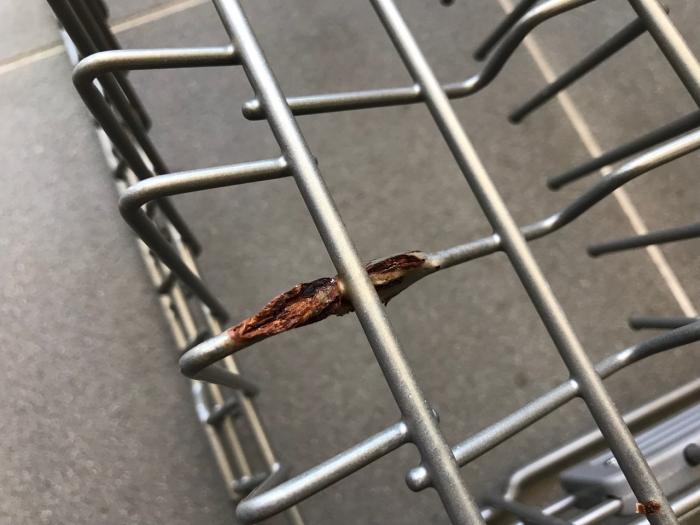 I used a rotary tool to do the cutting and cleaning up of the sharp edges. While cutting away the first section I noticed that a few other spots also had some rusting so I decided to cut and clean some of those too. 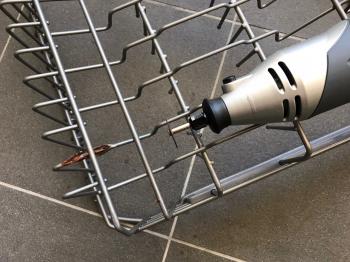 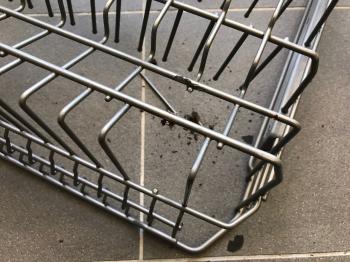 Then it was time for ReRACK. The bottle was rather small and had an applicator brush fitted internally, so there was no need for additional tools. 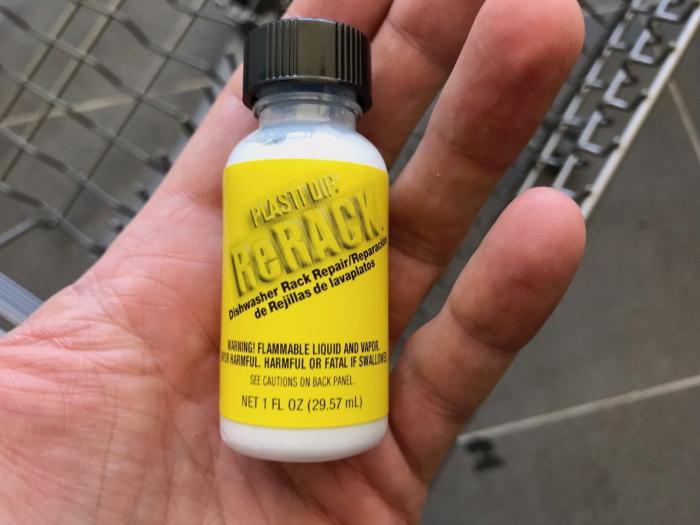 I applied quite liberal coats of the product on all of the exposed surfaces as well as covering a good way onto existing (good) surface. I made sure that the coats went completely around the wires to create a complete seal. The stuff was quite smelly so all of this had to be done outside. 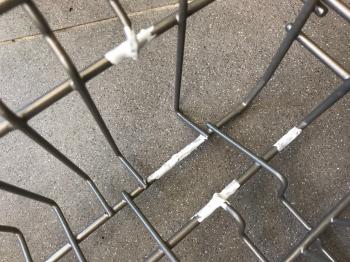 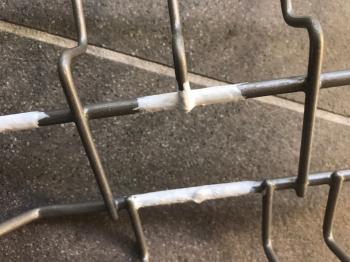 I ended up applying two coats, giving each one about 24 hours to dry. After the second coat the rack went back into the dishwasher for a test run. The coating didn't fall off or melt! That was a good start. Unfortunately it looked like the seal wasn't perfect as a bit of rusting appeared after one washing cycle. 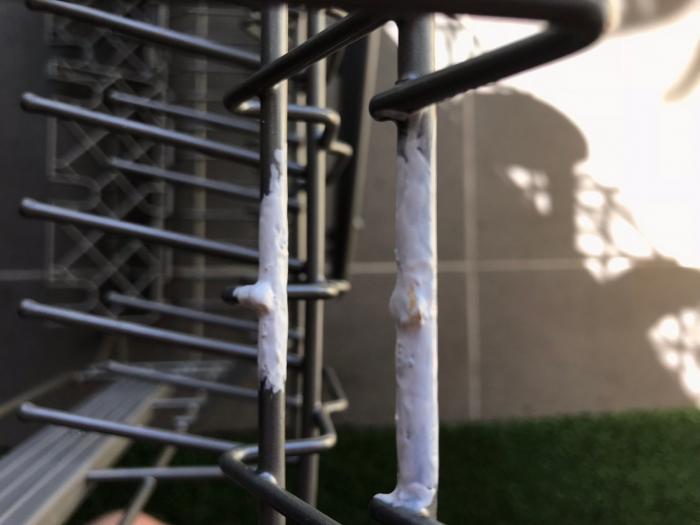 To address the new rusting I cleaned up and dried out the new surface and applied a third coat of ReRACK. This seemed to have helped on the most part. After several months of use I could see some of the rusting showing up again, so I'll need to try recoating again soon.

On the most part this product more or less works. At least it provides a temporary solution for the rust problem. It is a shame that it only comes in one colour - white - but as it's a temporary fix, I don't see that being a big problem. It's a little pricey for the size of the bottle (something like $20 for the 30mL bottle) but it is a much cheaper solution than having to buy a whole new rack. So I say yeah it does work.

All content and opinions expressed on this Blog are my own and do not represent the opinions of my employer (Oracle). Use of any information contained in this blog post/article is subject to this disclaimer.
DIY, Review, Repair, ReRACK, Offtopic, NonTechnical
Igor Kromin