Revisiting Mouslr and having some fun with mouse tracking glitch art

6-May-2018
It's been quite some time since I wrote Mouslr, a tool used to create glitch art by tracking mouse movements, clicks and wheel scroll events and translating those to colours, shapes and lines. A sample generated image might look like this... 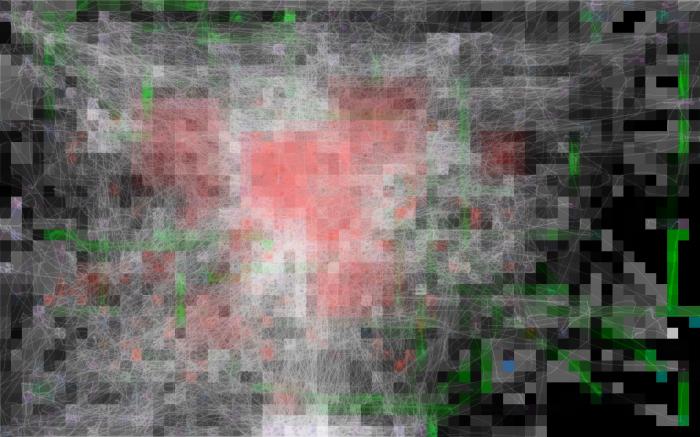 Colours are used as a sort of a heat map to indicate that the mouse cursor was present at that location more frequently. Clicks and mouse presses are shown as ovals, wheel scroll events as squares and moves and drags as lines of varying thickness.

Some of the art produced is quite interesting! 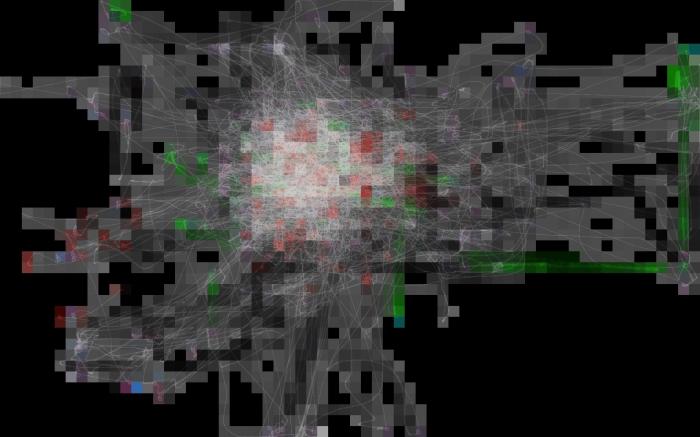 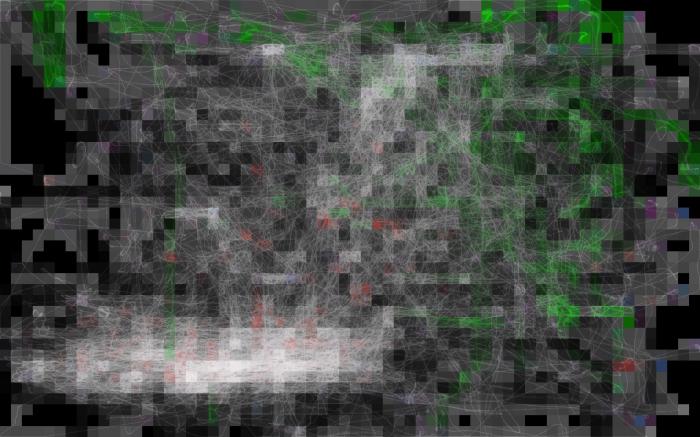 I was running Mouslr on my Mac (it should also work on Windows and Linux though I've not tried that), which required a couple of settings to be changed to let it run. First, macOS will complain: "Mouslr.jar" can't be opened because it is from an unidentified developer. This is easy to fix, simply open Security & Privacy in the System Preferences and click Open Anyway to let Mouslr run.

Now Mouslr will be running so you can go ahead and set a data file to capture to. The name doesn't really matter but I prefer to name the file with a .dat extension.

Once the data file is set, it's possible to either start a new record session into that file or generate an image from the file (you can load a previous data file if you like). It is possible that macOS will complain again about some accessibility features being used, Mouslr needs to be given permissions to 'control the computer', which really means to have access to be able to track the position of the mouse. This setting is also adjusted from Security & Privacy , under the Privacy tab, then Accessibility. Simply tick 'Jar Launcher.app' and you're done!

That's all there is to the whole app. The interface is minimal and so should be easy to use! 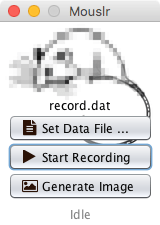 All content and opinions expressed on this Blog are my own and do not represent the opinions of my employer (Oracle). Use of any information contained in this blog post/article is subject to this disclaimer.
Java, macOS, GlitchArt
Igor Kromin