24-Mar-2019
Some of the work I've been doing not so long ago has been deeply rooted in PL/SQL which was invoked from a Java client. The PL/SQL made heavy use of DBMS_OUTPUT to generate text data that could be parsed by the Java client, which in turn then generated graphs (as images). I needed an easy way of capturing this output and unfortunately when I looked around all I could find were outdated approaches that didn't make use of Java features like AutoCloseable resources, and then there were some examples that plain didn't work.

So I decided to build my own...


So lets see what this class does. First we need 3x of CallableStatements to hold the statements for enabling, disabling and capturing DBMS_OUTPUT. Then there's a variable to keep track of how many lines we fetch from the database at one time, and a default value for this variable.

The two constructors are used to prepare all of the callable statements via the passed in Connection, with one of the constructors allowing us to overwrite the default number of lines fetched.

The brains of this code is in the execute() method. This method accepts a CallableStatement that we wish to capture DBMS_OUTPUT for. To capture output we first run the statement to enable it, then execute the passed in statement, loop over the DBMS_OUTPUT lines, run the disable statement and return the results as a List<String>.

The close() method simply closes all of the internally used CallableStatement objects and returns.

This is how you use this class...

It's nice and simple, just instantiate it with a Connection and then run execute(). This mimics what the Connection class would do anyway so it's a simple drop-in replacement. Since this class implements AutoCloseable, you can use it in a try-with-resources statement too.

All content and opinions expressed on this Blog are my own and do not represent the opinions of my employer (Oracle). Use of any information contained in this blog post/article is subject to this disclaimer.
Programming, Java, SQL, Database, Oracle
Igor Kromin 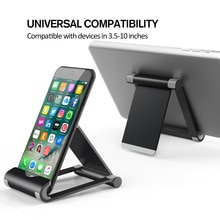