28-Apr-2019
Recently I bought a Wanhao Duplicator D7+ 3D Resin Printer so that I could start printing game cartridge shells for my side project over at Atari Gamer. A resin printer seemed like the best choice for the kind of cartridge I wanted to print and after reading and watching many reviews I settled on this particular printer. I'm not new to 3D printing, having messed around with them since 2013, but I was not prepared for what I encountered with this printer, and also the company that manufactures it.

When the printer arrived I was excited to get it set up, everything seemed to be included in the package - protective gloves, two lots of resin (orange and grey), tools, of course the printer itself. The manual was there too but it was for a different model printer (huh?). 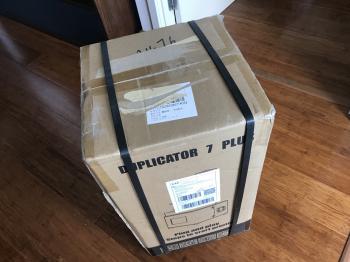 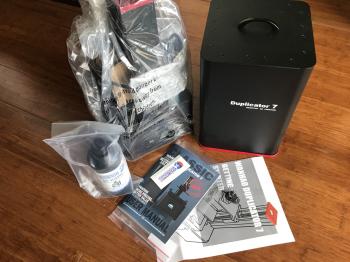 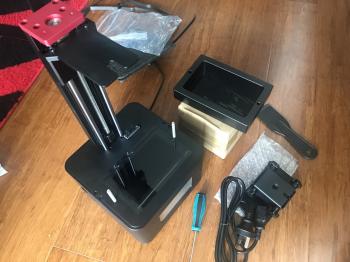 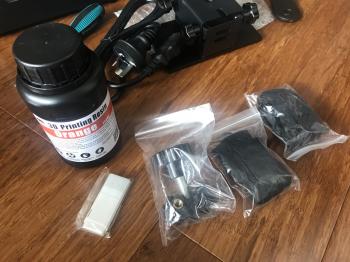 I quickly found out that in order to actually use this printer, you need the proprietary software, Wanhao Workshop. According to some documentation I read on Wanhao's website, I was supposed to receive a license key with my printer, which would be inside the manual. My manual didn't have this, probably because I was sent a D7 manual, not the D7+ manual. Oh well, I contacted the reseller and was promptly told that I need to buy software separately.

My initial reaction was of astonishment. Why would a company sell a product that can't be used without its software and not include that software? It seemed like a cheap money grab to me. The various forums I perused mentioned a free, earlier version of this software, but I could not find it. I ended up buying a license key, it was another $25 so I figured it's not a big deal.

Slicing done, I got to printing! 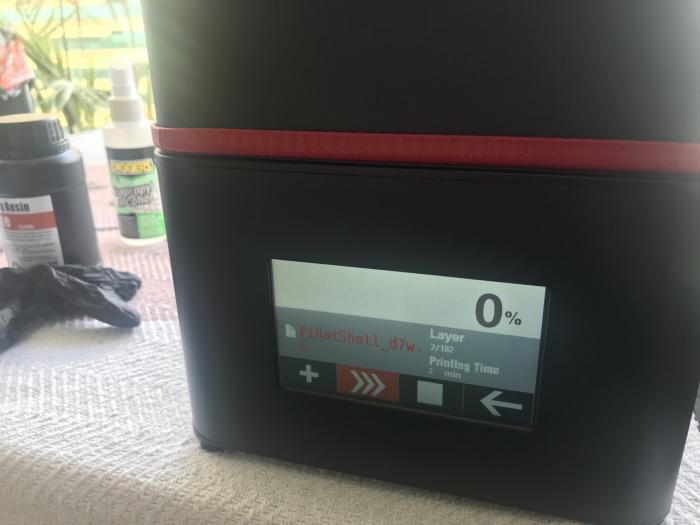 Long story short, I didn't get a single successful print. After dozens of tries with many different settings, nothing seemed to produce the right size/shape without warping or major pitting (from supports) of my model. I've even reached out to some engineers at Wanhao for support - I got some half hearted reply with a screenshot of their settings and then they stopped responding. 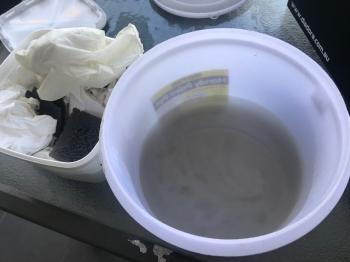 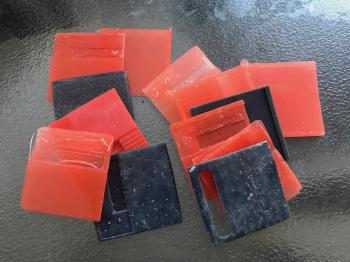 The biggest issue I found with a printer of this type is you have to let a model fully print (or at least print far enough to be visible outside the resin vat) before you can tell if there's been a failure or not. This takes time of course. With traditional FDM printers you can tell a failure within seconds or minutes of a print starting, with resin printers it takes hours. Then there was the mess to clean up after each print. You have to use alcohol (IPA or methylated spirits) to clean each model after printing. The print platform also required cleaning after each print. So whenever there was a failed print, you still had to do as much work as when you'd have a successful print.

The smell of resin and solvents was starting to annoy me too. That's when I figured that I'd try water soluble resin. It's more expensive but I thought that I may also have better luck with it. So I went over to the Wanhao website and ordered two litres, with postage paid to Australia. The very next day I received this email... 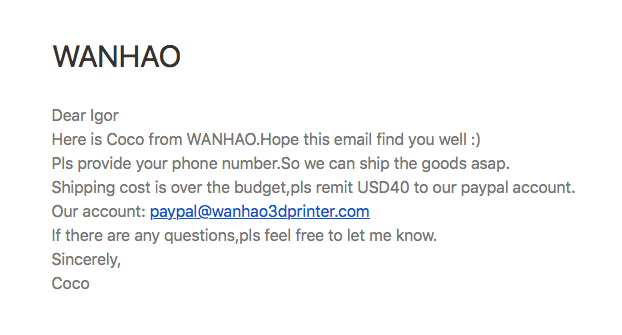 At first I thought it was some kind of joke, but after asking some questions from the supplier and various forums, I was told that this was in fact a legitimate employee of Wanhao and this kind of practice is not new. I already paid for shipping, so I refused to pay more - this was the last straw for me.

Since then I bought another 3D printer, this time a traditional FDM one, for less than 1/2 of the cost of the Wanhao D7+, and have had very good results from it (left is what I'm trying to duplicate, middle and right is what I'm printing)...

I don't deny that my inexperience with DLP/SLA printers has been a factor in all this, but Wanhao's practices of requiring the purchase of additional software, trying to extract more money from you via extra "shipping charges" and lack of good support is a major show stopper. Would I try another DLP/SLA printer in the future? Probably not - the mess of cleaning up all that resin just doesn't seem worth it to me. When you can get very good results from an FDM type printer at a fraction of a cost, I would rather go with the cheaper, more proven method.

All content and opinions expressed on this Blog are my own and do not represent the opinions of my employer (Oracle). Use of any information contained in this blog post/article is subject to this disclaimer.
DIY, Review, 3DPrinter
Igor Kromin