22-Apr-2020
When it comes to programming languages, the null is usually treated the same in most of them. So when you compare a value to a null, you'll get a mismatch i.e. the values are not equal. Not so in relational databases though, and this can be a subtle caveat to any new-comer to SQL.

It looks for anything that doesn't match the string "a" in the array arr and prints out the value. As expected, it will print both null and the string "c".

Now lets take a hypothetical database table with a single column that has the same data as the array above...

If we try to get all values that do not match 'a', the results are rather different to the Java example...

The only value selected from the database is 'c', the null is not returned. So what's going on here? Well if we head over to the Oracle Database SQL Reference we will read the following statement - "Do not use null to represent a value of zero, because they are not equivalent."

That explains why the row with the null value is not returned. So nulls need to be treated a little differently with SQL by using the IS NULL or IS NOT NULL clauses. To make an equivalent SQL statement to the Java code above, we would have to do this...

All content and opinions expressed on this Blog are my own and do not represent the opinions of my employer (Oracle). Use of any information contained in this blog post/article is subject to this disclaimer.
SQL, Database, Oracle, Tips
Igor Kromin 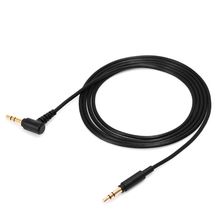