18-Nov-2012
NOTE: This article is 3 years or older so its information may no longer be relevant. Read on at your own discretion! Comments for this article have automatically been locked, refer to the FAQ for more details.
This entry follows on from the previous entry: Building a Mac Pro Hackintosh - Part 2 - Cutting and preparing the case

Now that the case is all ready to go it's time to fit all of the components inside. Here's a list of components, including the already mounted power supply and fans: 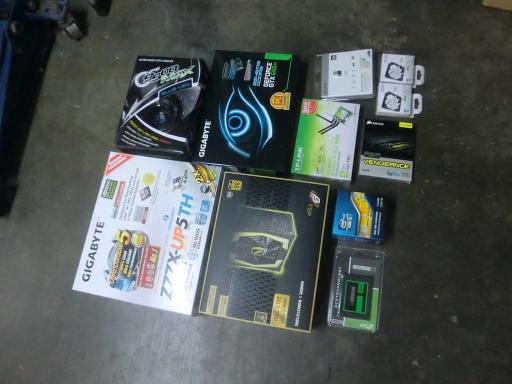 First step is getting the motherboard ready and mounting the heat sink supports. 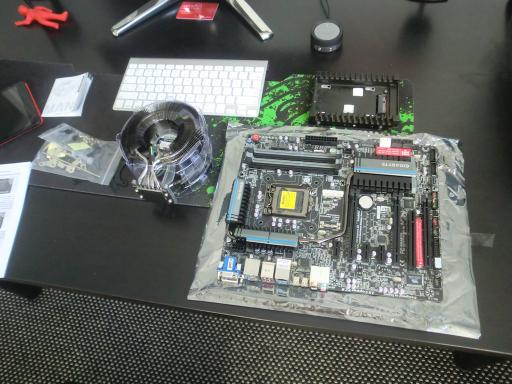 The heatsink support is mounted on the underside of the motherboard. 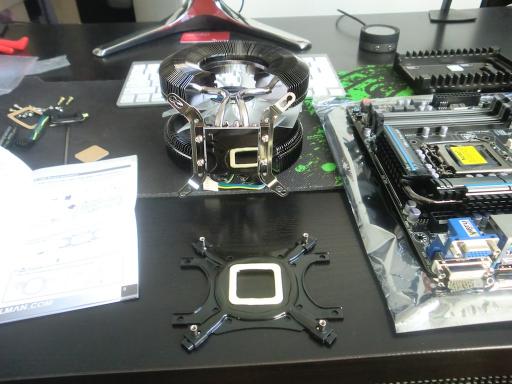 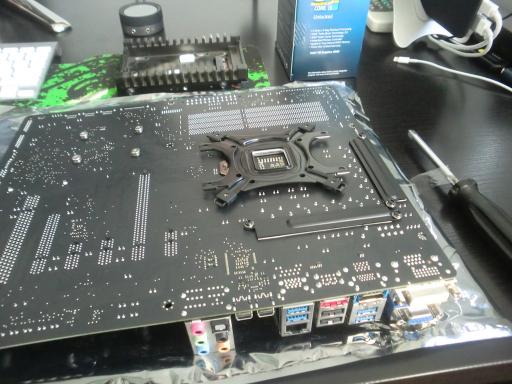 Turning the board over the heatsink bolt holes are visible around the CPU bracket. 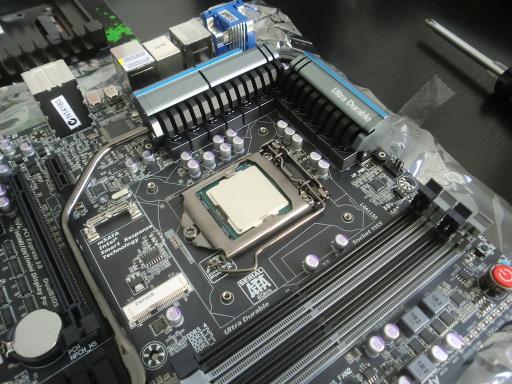 The CPU goes in next and thermal paste goes on top. I used some Arctic Silver that I've already had lying around. It's important to cover the whole CPU, but not to have too much of the compound. 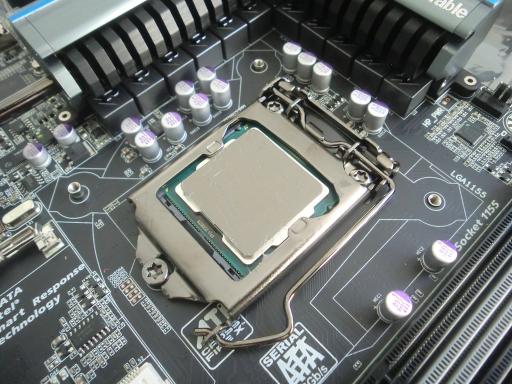 Heat sink goes on top of the CPU and is screwed into place. 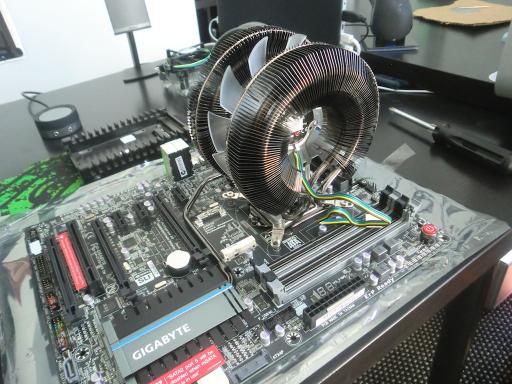 The RAM is next. 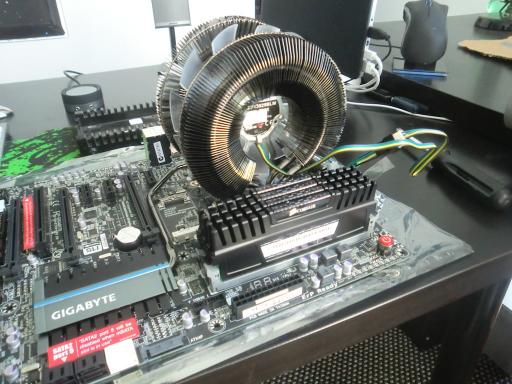 The motherboard goes into the case. 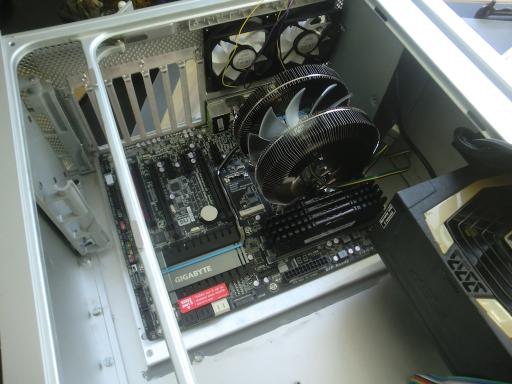 The network card is plugged in. 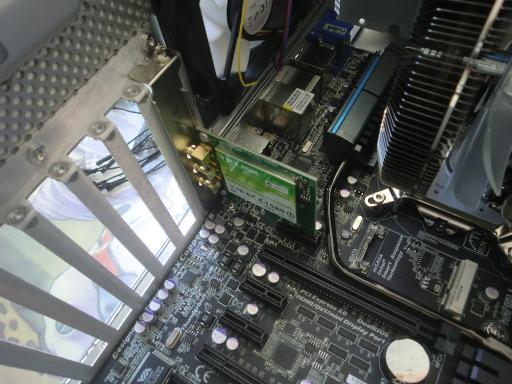 Graphics card is plugged in. 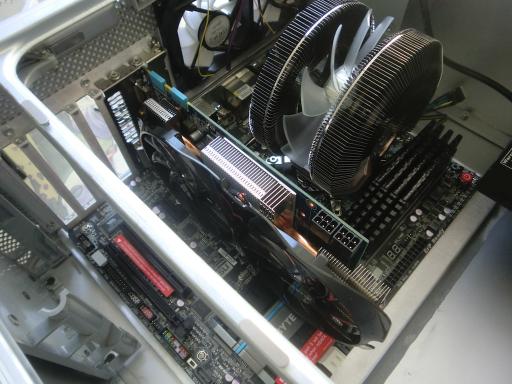 The antennae for the network card are screwed in from the outside. 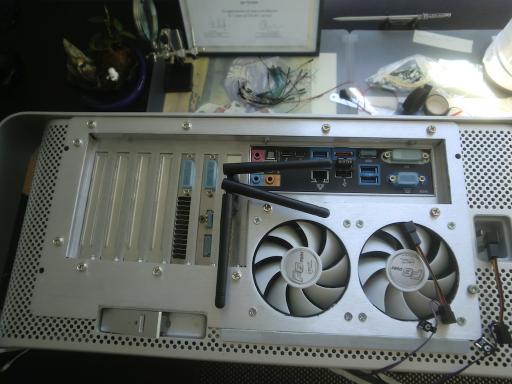 The SSD is mounted into the existing HDD mount that was in the Mac Pro case when I bought it. 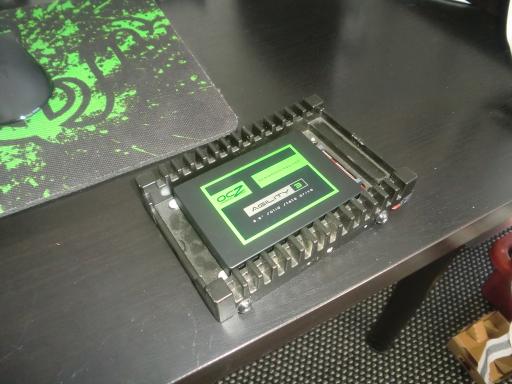 The SSD simply slides into the HDD mounting bracket that I left in the same original spot in the case. 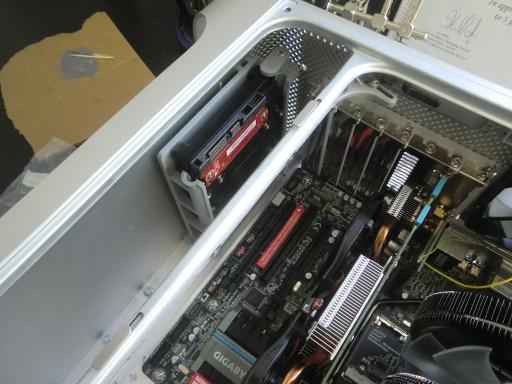 All the wiring connected and arranged neatly. 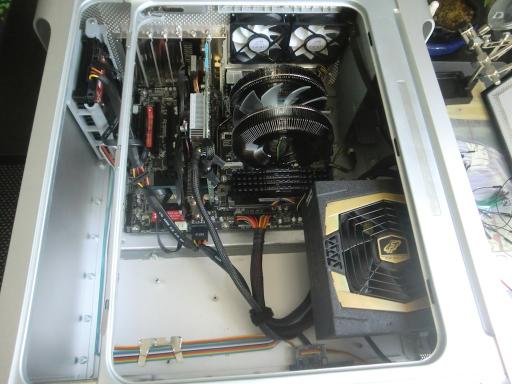 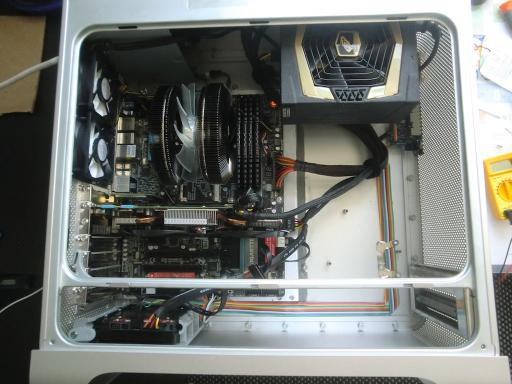 This bit actually happened later, but I've decided to add a DVD burner to the case, this required cutting the top mounting plate in the case so it stops short of the motherboard but can still hold the DVD drive. The angle grinder did the trick and the DVD is mounted in the usual spot. 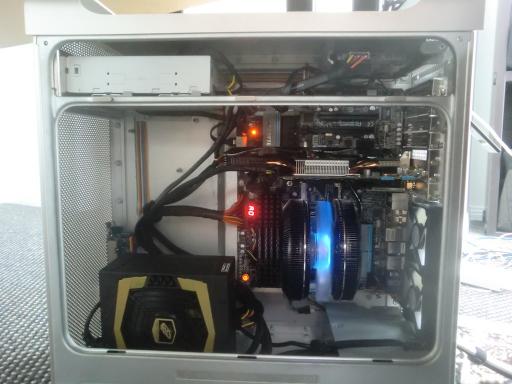 The case is closed and all the peripherals are connected to the back. 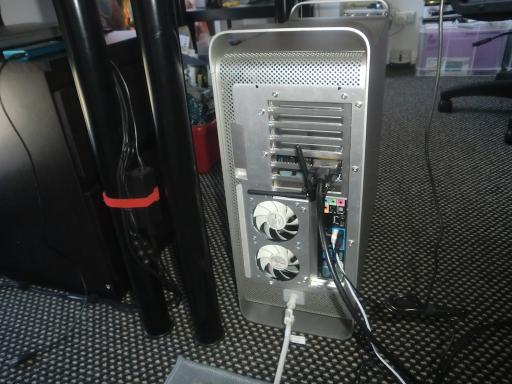 A little later after doing the OS X Mountain Lion install and restoring a backup of my Macbook Pro using Migration Assistant and we have a bootable system. 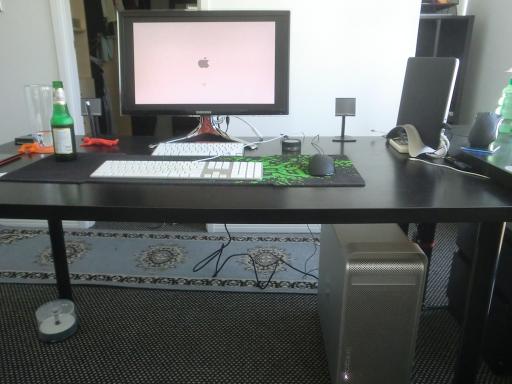 All content and opinions expressed on this Blog are my own and do not represent the opinions of my employer (Oracle). Use of any information contained in this blog post/article is subject to this disclaimer.
DIY, Modding, Apple, Hackintosh
Igor Kromin