5-Jun-2013
NOTE: This article is 3 years or older so its information may no longer be relevant. Read on at your own discretion! Comments for this article have automatically been locked, refer to the FAQ for more details.
This post follows on from Part 1 where I showed how I've built the box for the 3D printer. In this post I show how I added an exhaust vent to the box.

This is the final result with the exhaust attached and a few other modifications to the box which I will describe in other posts. 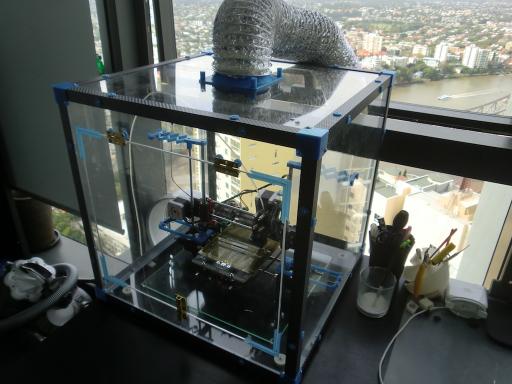 It looks so much better now than the original and provides a better environment for the printer as well as me since there are no more fumes filling up my room.

It took a fair amount of time to get it to this stage primarily because I had to pull the whole box apart one edge a time so I could remove the left over masking tape and more importantly to wrap the aluminium in carbon fibre vinyl. More on this in future posts however.


This post is not in a chronological order exactly since I was working on several changes to the box at the same time. Some of these changes I will describe later.

I've contacted RomScraj about pluggin in an extra fan into the Portabee and they told me that a standard 12v fan is going to work. There is a pin header on the Gen6 board to power it. Unfortunately this header is always on, which is a little annoying I thought as it would have been nice to control the fan to run during print jobs only.

Anyway, this is a fan I started with simply because I had it lying around, it's a CoolerMaster 12025 12cm Blue LED PWM Fan (2000RPM 70CFM). The PWM feature of course would not work, so I used a 2pin PCB header on the +/- wires to make a connector to use later. 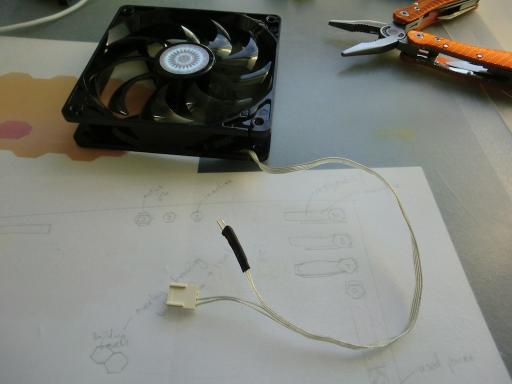 Then I used a two wire cable with DuPont connectors on either end to connect the printer to the Gen6 board, it started to spin! 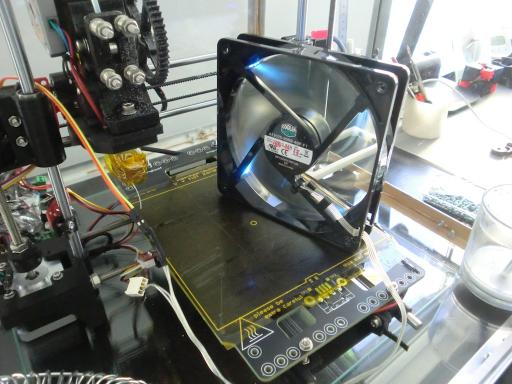 Trial mounting this in the case (I cut the hole for the fan earlier). 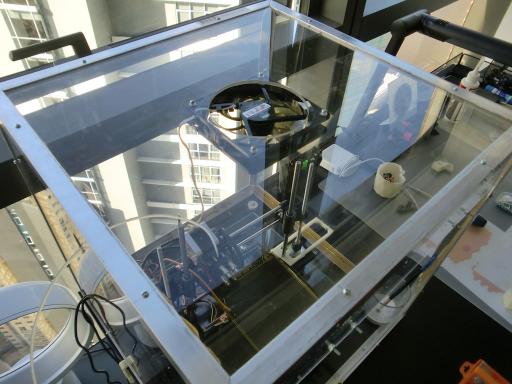 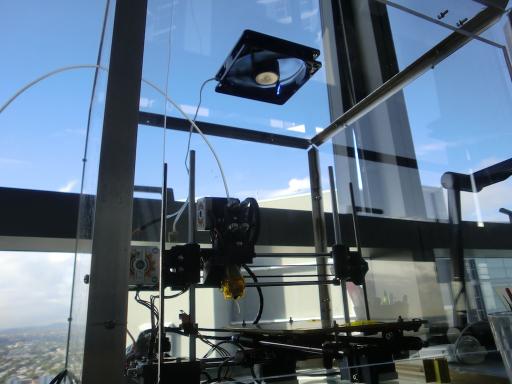 At this point I had to take the top of the case out to fit some things properly. I added a fan grille during this time. 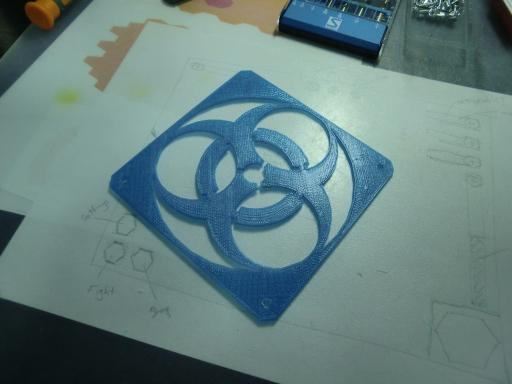 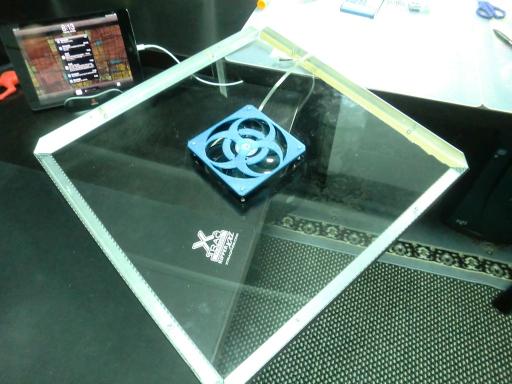 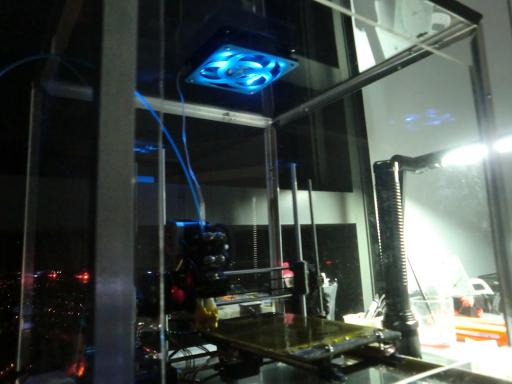 Next I printed an exhaust vent to connect the exhaust piping to and hooked it all up. 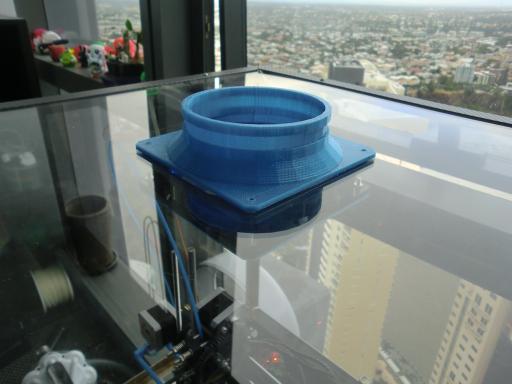 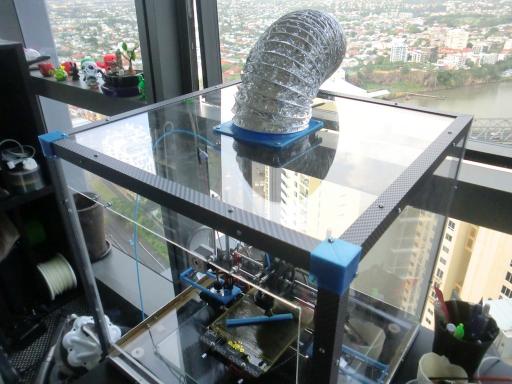 Later I printed the other end of the exhaust so that it would fit into the gap in my window. 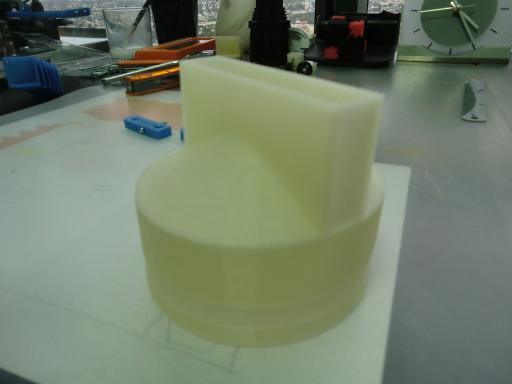 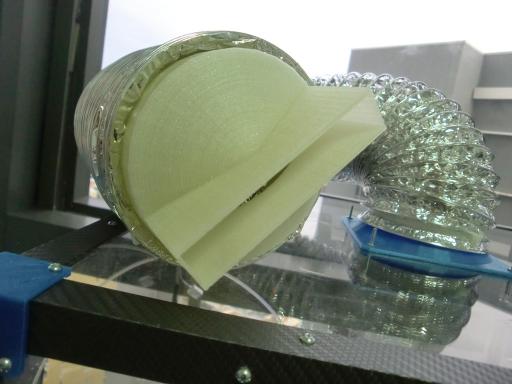 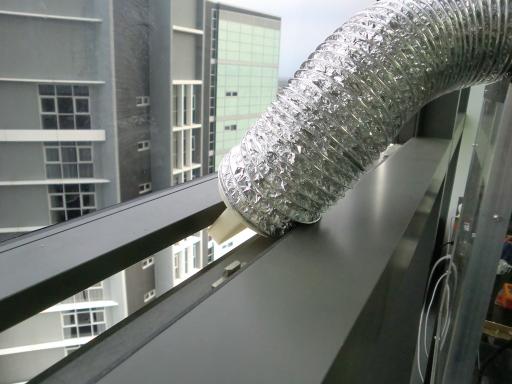 The last thing with the exhaust was to bolt it together properly. I wanted to be able to remove the exhaust vent without pulling the fan out, so I used longer bolts to attach the fan from the inside-out like this: 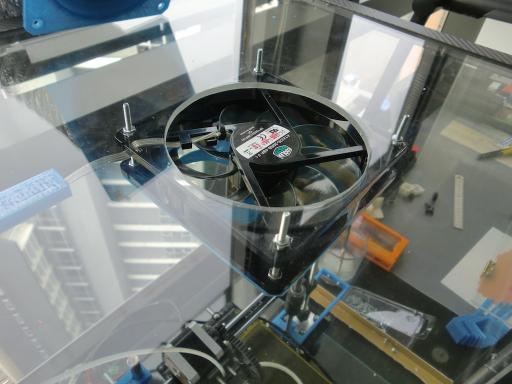 Then the exhaust hood bolts on top: 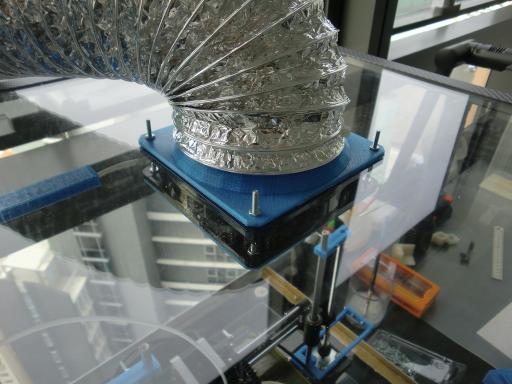 I didn't want the bolts to be exposed like that because they could hurt someone, so I printed some covers for them: 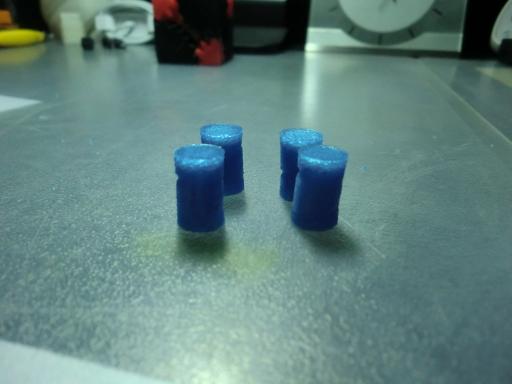 All content and opinions expressed on this Blog are my own and do not represent the opinions of my employer (Oracle). Use of any information contained in this blog post/article is subject to this disclaimer.
DIY, Modding, 3DPrinter
Igor Kromin