1-Dec-2013
NOTE: This article is 3 years or older so its information may no longer be relevant. Read on at your own discretion! Comments for this article have automatically been locked, refer to the FAQ for more details.
This is a follow up post from Part 3 where I finished the subwoofer enclosure, in this post I describe the carpeting and the finishing touches.

With the enclosure completed, it's time to wrap it in carpet, add sides and fit it all in the boot, but before getting into that, I'll show the final result as it is now: 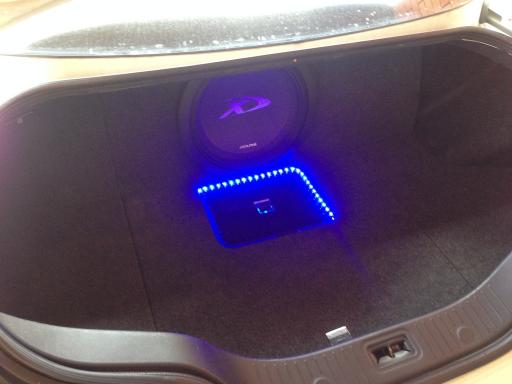 I think it came out pretty neat and clean. There is quite a fair amount of boot space left over too.

I cleaned up the exterior of the box a bit by sanding it down, then I made the sides that are going to be bolted onto the enclosure once it's in the boot. These sides had to be separate because the whole enclosure would not fit as one piece. 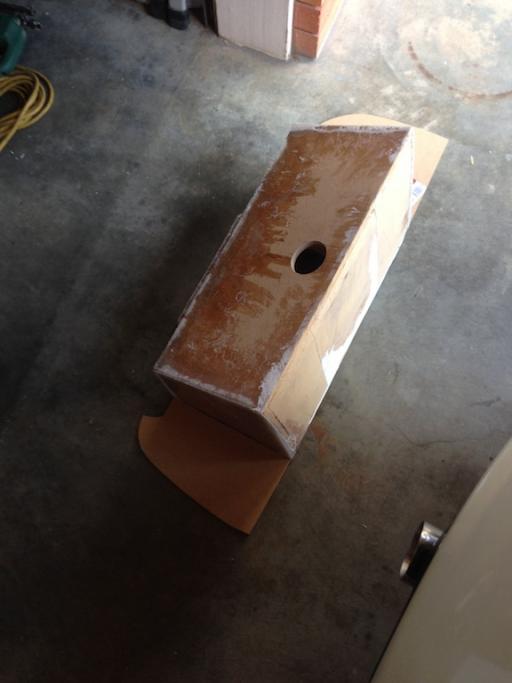 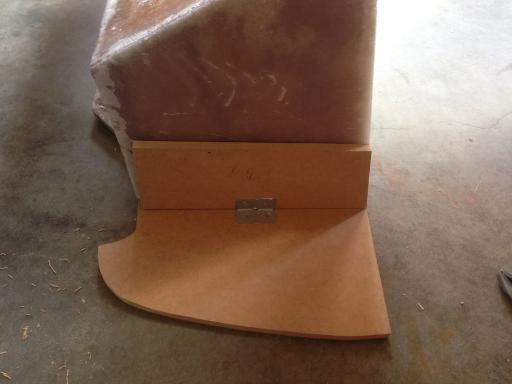 I wrapped the carpet as a single piece with a seam on the rear side of the box. Some cutting was required for the funny angles on top of the box, this is not visible once the box is fitted. 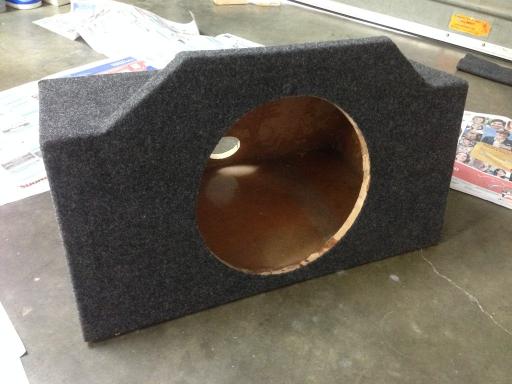 I didn't bother putting carpet on the sides, this is not visible and this is where the side pieces are bolted on anyway. 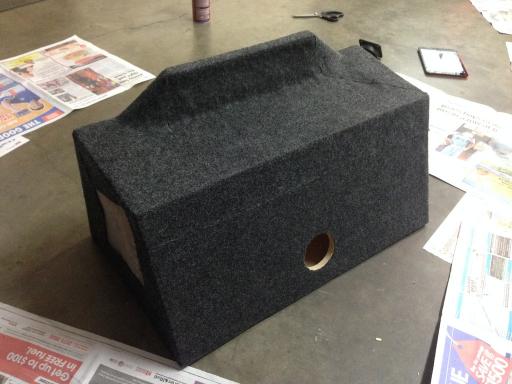 The speaker terminal is fitted. 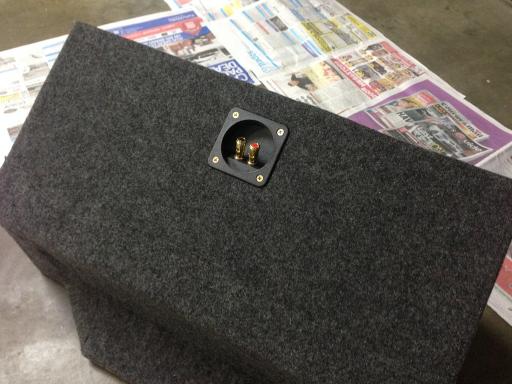 I put silicone around the speaker terminal on the inside to seal any gaps. 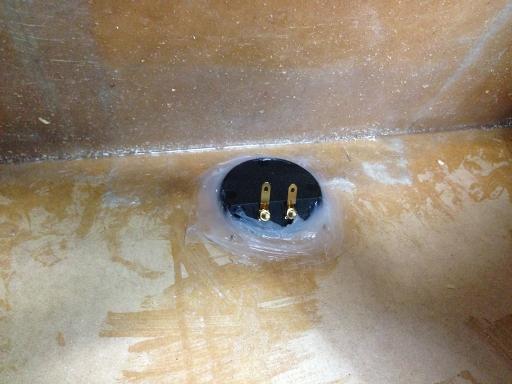 Doing a test fit in the boot with just the enclosure. 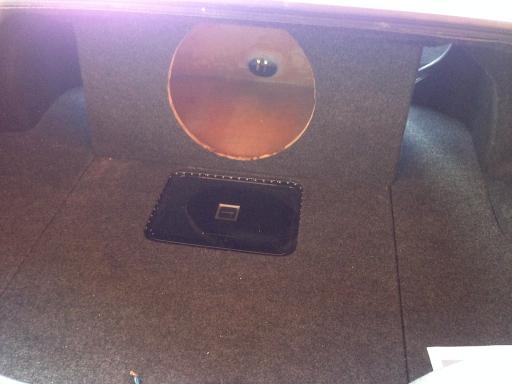 Then I wrapped the side pieces in carpet. 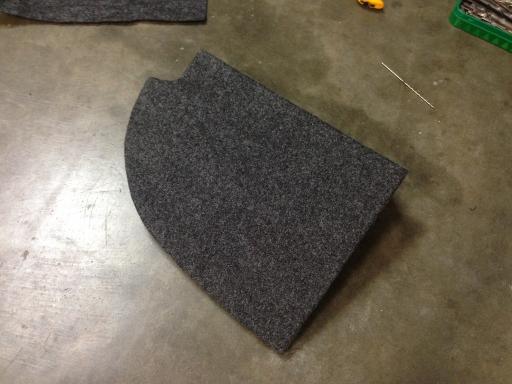 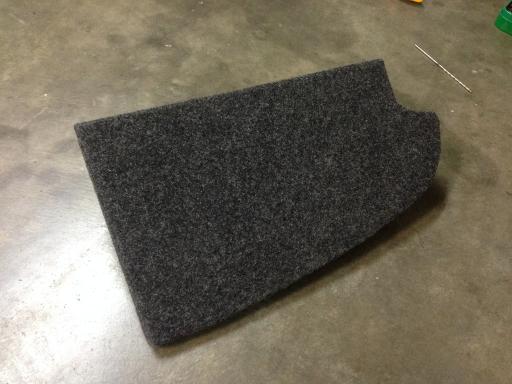 Altogether this is what the whole assembly looks like. 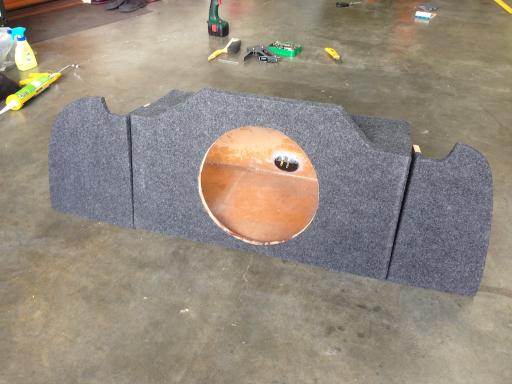 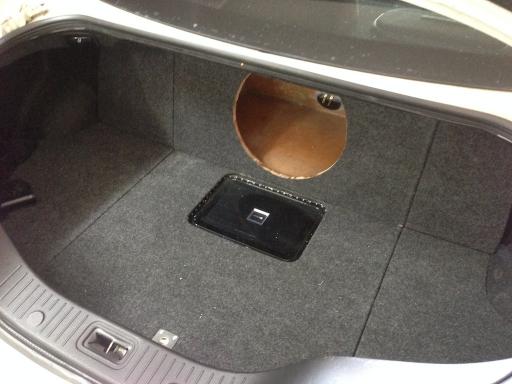 This is a shot from the rear, the box sticks out slightly, but it's still not touching the rear seats. 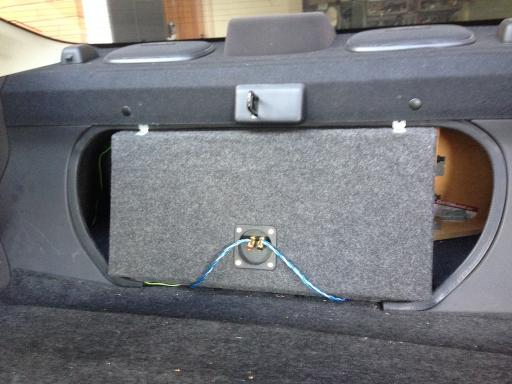 ...and again the final result: