6-Apr-2015
NOTE: This article is 3 years or older so its information may no longer be relevant. Read on at your own discretion! Comments for this article have automatically been locked, refer to the FAQ for more details.
A while back I wrote an entry on how to get the Lenovo LT1421 USB DisplayLink monitor working on a RaspberryPi. Now I took that a bit further and created a photo frame using the Raspberry Pi model A, a USB monitor and a bunch of software and some custom scripts.

This post is pretty much a follow-on from the DisplayLink monitor post from the link above, so I won't be covering OS installation or configuration on the most part, except the additional packages I've had to install and set up.

Since I wrote this article, I've gone back to revisit the photo frame design. I've also switched to using my jPhotoFrame software instead of the the Conky scripts I present in this series of articles.

Before getting into the details, here's the end result... 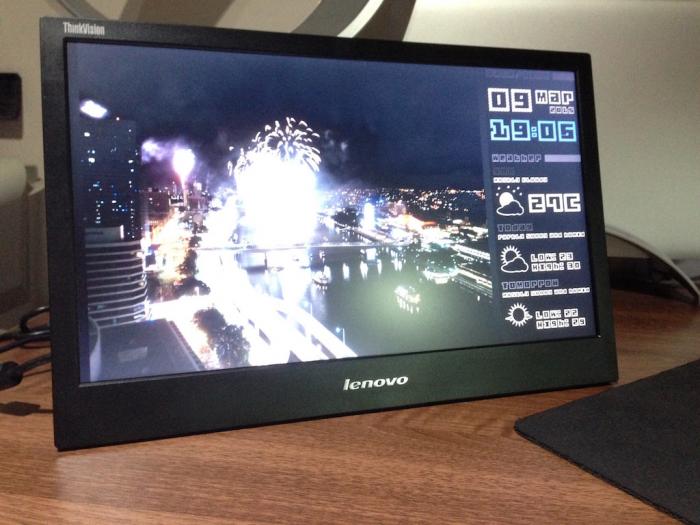 Now the very first thing I set up was file sharing. I needed to have both AFP and SMB working, so I installed the following packages: netatalk, samba, samba-common-bin.

AFP configuration was next:

To allow guest users to connect via AFP, some extra config was required. The default parameters were replaced with the below (in the /etc/netatalk/afpd.conf file):


Now it was a matter of restarting AFP related services and the share was available to my Mac. 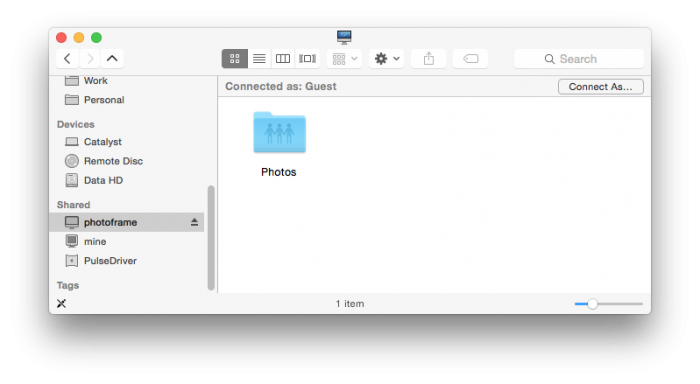 Once AFP was set up, setting up Samba was next. This is considerably easier, just add a share and restart.

That's it for the file sharing. Next was a very important feature to set up: disabling screen blanking and power save options. For this a number of files are edited:

While on the power options, I set up the photo frame to turn off at 22:00 every evening and then turn back on at 6:00 every morning. This was done using cron, the jobs were set up as follows:

I measured the power consumption of this setup with the screen both on and off, this turned out to be 8.5 and 4.7 Watts. This is around $20 a year to run for me. 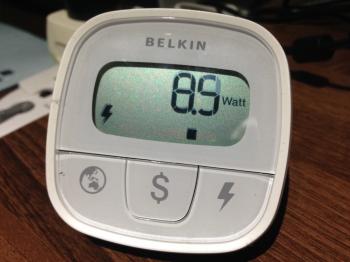 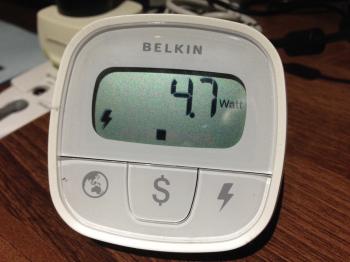 That's it for this part, tune in soon to read more about setting up the scripts that do the work to make the monitor look like an actual photo frame.

Part two is posted now, check it out here: https://www.igorkromin.net/index.php/2015/04/07/raspberrypi-and-a-usb-monitor-combined-to-make-a-photo-frame-part-2/.

All content and opinions expressed on this Blog are my own and do not represent the opinions of my employer (Oracle). Use of any information contained in this blog post/article is subject to this disclaimer.
DIY, Modding, RaspberryPi, DisplayLink
Igor Kromin