3-Feb-2016
NOTE: This article is 3 years or older so its information may no longer be relevant. Read on at your own discretion! Comments for this article have automatically been locked, refer to the FAQ for more details.
It was a few weeks ago that Apple announced that it will stop streaming free radio stations on iTunes. That announcement apparently came through in an email, I never received that, oh well here we are anyway. Free radio stations on iTunes are officially dead, the only remaining free station is Apple's own Beats 1, which may as well not be there given it's poor and biased selection.

Interestingly the links to radio stations that used to exist still show up, but when you click them, you get...

Get on Our Wavelength
Join Apple Music and get stations for every situation. Plus, stream just about every song ever recorded, get handpicked recommendations, explore our experts' take on the best new music.

No thanks Apple! For someone who only casually streams music (whenever I am travelling for work), joining something like Apple Music is a complete waste of money.

There are options though!

Pandora is a favourite of mine. Incidentally my car audio can also stream it, so that's a win right there! Pandora is free to stream and you don't even have to login or sign up, though if you don't you will be asked to join after a few tracks have played.

The interface is not all that fancy, but it does the job. Did I mention it's free...and has no annoying ads like iTunes did? 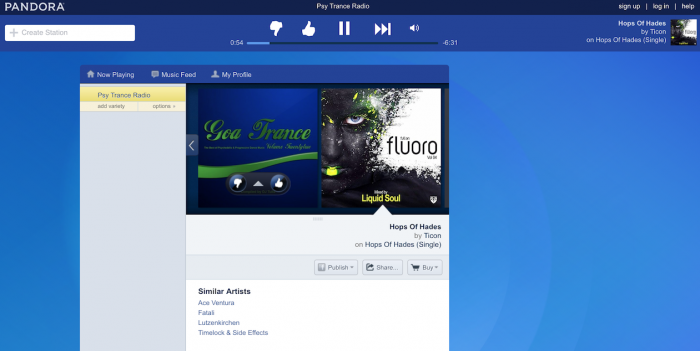 Now there is a paid option and it is significantly cheaper than Apple Music. Also if you get paid Pandora subscription you will be able to use their desktop app for streaming.

However, you don't even have to pay if you use a 3rd party app like Hermes to stream Pandora!

Hermes App is not super flashy, but it also does the job. Actually it is a bit flaky at login, it took me several attempts to get it to sign into my account, but once it was in, the streaming was perfect. With the app I was also able to use media keys on the keyboard to Play, Pause, Skip, etc. Totally worth getting. Hermes is free as well. 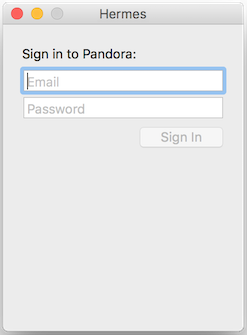 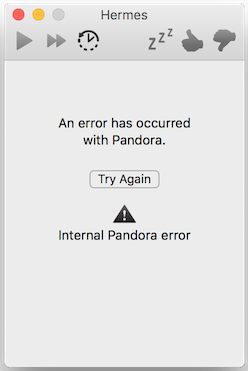 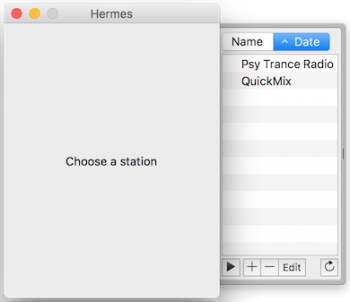 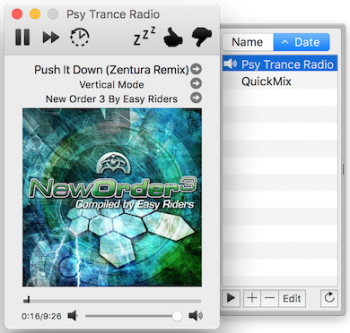 So there you are, Pandora is a nice alternative to the free iTunes radio that is no more. Go check it out, it won't cost a thing!

All content and opinions expressed on this Blog are my own and do not represent the opinions of my employer (Oracle). Use of any information contained in this blog post/article is subject to this disclaimer.
Apple, Free, Pandora, iTunes, Radio
Igor Kromin