4-Apr-2016
NOTE: This article is 3 years or older so its information may no longer be relevant. Read on at your own discretion! Comments for this article have automatically been locked, refer to the FAQ for more details.
I've written previously about how to do a one time non-standard SVN repository migration to Git which works fine if you want to move your entire SVN repo, but what if you want to move just a subfolder from SVN to Git? This is the guide for you.

Moving a single subfolder is significantly more work than moving the entire repository. Overall the steps are:

So lets see this step-by-step. I'm going to assume the following:

Create the author mapping file. This will generate a file called authors-transform.txt which contains SVN authors with their Git author equivalents. The default value for the Git author is set to 'User <[email protected]>' so adjust that if you care about having real author information.

Clone the SVN repository into a temporary Git repository and fix up remote references. Note that I set the trunk to the current directory since we are only cloning a single folder from SVN.

Transform svn:ignore properties to the .gitignore file. Note this is put into a new directory that has the same name as the subfolder that was cloned.


Rewrite the Git index so that the SubFolder appears in the correct location while preserving file history. This essentially moves all files that were cloned from SVN into a new directory called SubFolder and fixes Git history to point to the right files there. I know the documentation provides a sed example of this, however I was doing it on OS X so had to use awk instead.

In the Git directory add a remote to the temporary Git directory we just created, fetch and merge the files, then remove the remote reference.

Now you can finally push the change to the target Git repository.

The temporary Git repository can be removed at this point.

All content and opinions expressed on this Blog are my own and do not represent the opinions of my employer (Oracle). Use of any information contained in this blog post/article is subject to this disclaimer.
Unix, Tips, SVN, Git, Howto
Igor Kromin 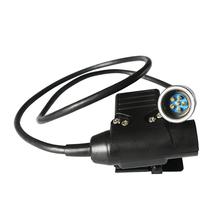