26-Aug-2016
NOTE: This article is 3 years or older so its information may no longer be relevant. Read on at your own discretion! Comments for this article have automatically been locked, refer to the FAQ for more details.
We've had our AquaStyle 380 aquarium for some time now and overall it's a great fish tank, however during the warmer months it has one big drawback and that is the CF tube that's used to light it up heats up a fair amount. This makes it difficult to regulate water temperature when it's already hot and of course can and has resulted in fish dying.

I decided to address this issue before summer comes around and ordered some LED strips and a power supply. My idea was to have two white LED strips and one blue to illuminate the tank.

This is the end result...with all the LEDs on (white and blue) and then with just the white LEDs on. I added a switch to control whether the blue was on or off.

Update: I had some issues with this initial setup so made some alterations. Read about the second version of the LED replacement here. 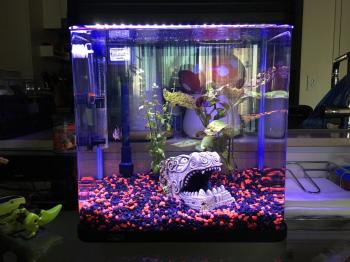 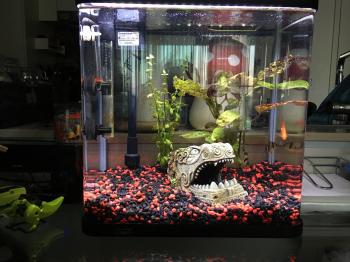 Looks great doesn't it?! Lets see what I did to get there.

The standard light enclosure is quite bulky because it houses the CF tube, it's ballast and a bunch of heavy gauge cables. All of this was stripped out and the wires connecting the power switch were desoldered. 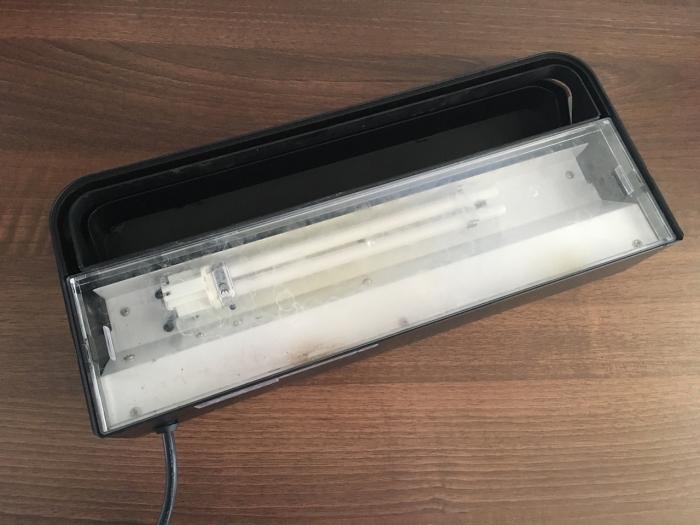 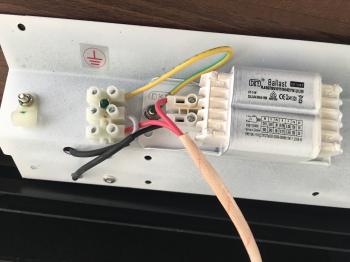 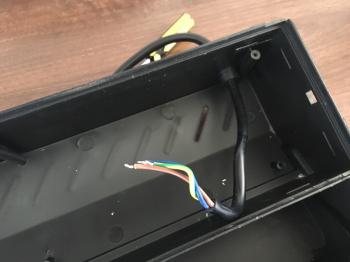 Next up was time to make something to hold the LED strips. I used a piece of clear acrylic with holes drilled into it that matched the original screw holes that held the metal CF tube cage in place. This let me space the LED strips evenly across the whole area of the light enclosure. 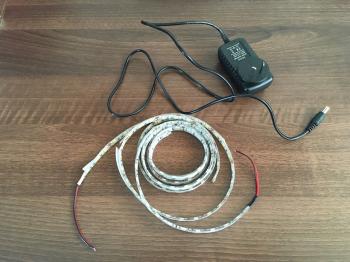 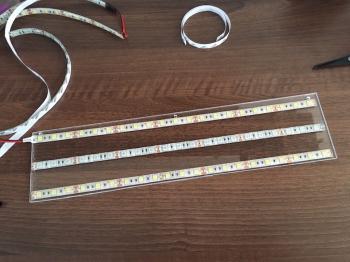 Then came the wiring. I put together a diagram showing how I connected everything, the colours of the wires are matched those I actually used. Note the orientation of the white and blue strips as they are switched around. 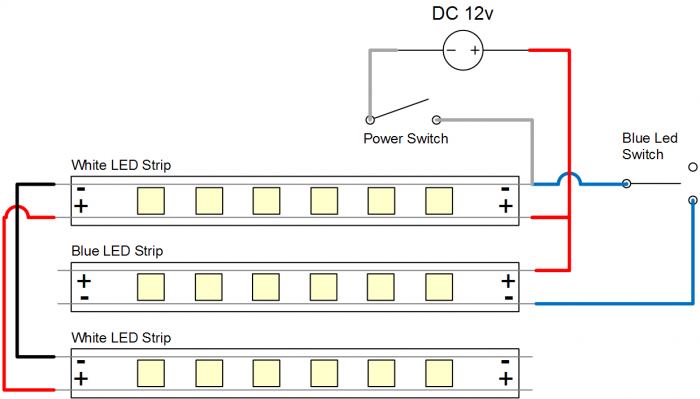 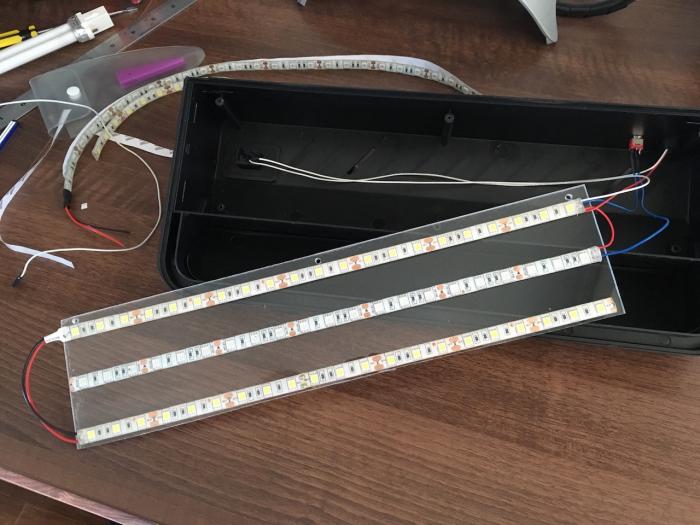 I wanted to be able to control whether the blue strip would be on or not, hence the second switch. I had to drill into the light enclosure to fit this switch. At first I positioned it to the side of the original power cord hole, but when I went to fit it to the aquarium I realised it can't actually be in that stop so had to reposition it below the power socket. 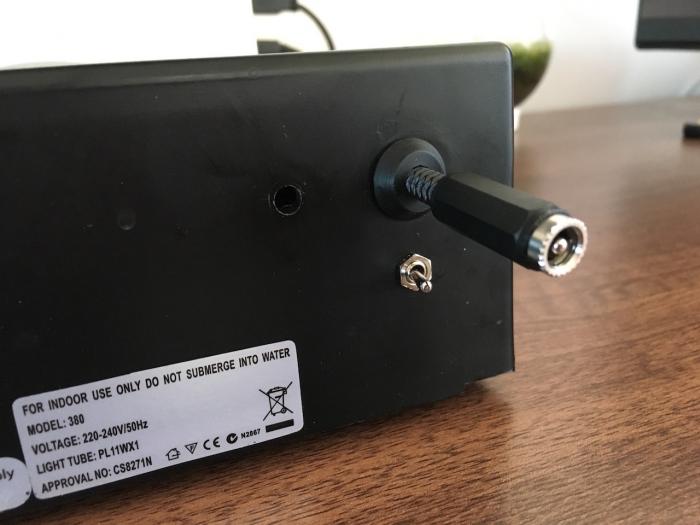 For the final assembly I put a few beads of clear silicone to seal any exposed solder pads on the LED strips and put the enclosure back together. 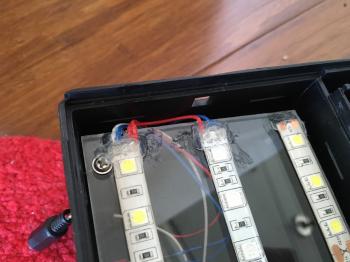 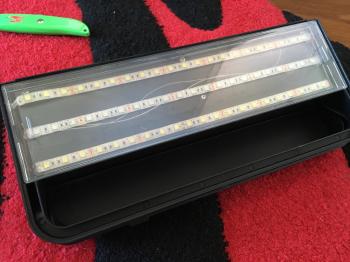 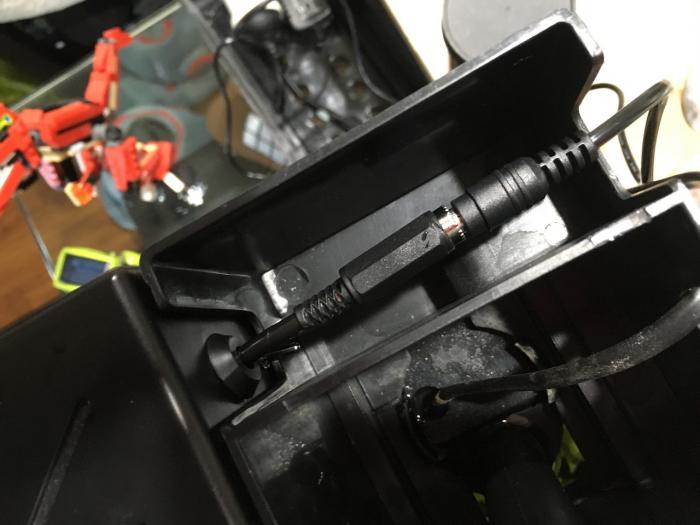 I did some measurements of power usage before and after this change. The CF tube used 16.7W (per year I believe), with just the white LEDs on used 10.8W and with all the LEDs on the power draw was 15.5W. So this change won't save you much in terms of electricity, but the LEDs do run significantly cooler, though not completely cold.

I think the blue adds a nice touch as well and makes the tank look cleaner all the time. That's a nice bonus.

All content and opinions expressed on this Blog are my own and do not represent the opinions of my employer (Oracle). Use of any information contained in this blog post/article is subject to this disclaimer.
DIY, Electronics, Modding, LED, Aquarium
Igor Kromin