24-Oct-2016
NOTE: This article is 3 years or older so its information may no longer be relevant. Read on at your own discretion! Comments for this article have automatically been locked, refer to the FAQ for more details.
I'm going travelling soon and will be visiting a good friend of mine and it just so happened that one of his distortion pedals died so I thought that it would be awesome to make a new one for him. After doing some research I settled on the BYOC Mouse Kit. This is how I put it together. 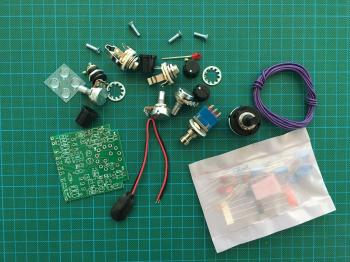 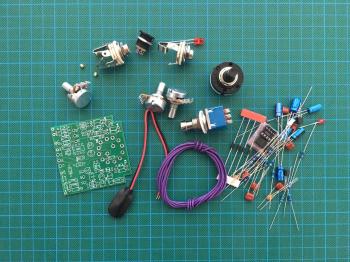 I removed the posts off all the 3 pots first. The posts are really easy to snap off using pliers. 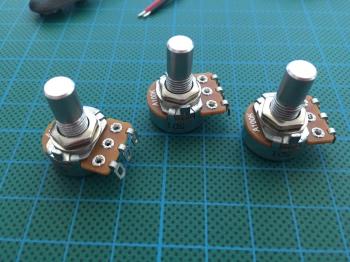 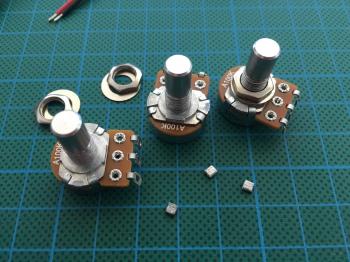 The small glass 1N4148 diodes went in first. In my typical fashion, I top soldered the components first, then snipped their pins off and soldered them from the bottom. This is not strictly necessary but it does make for a more professional finish. 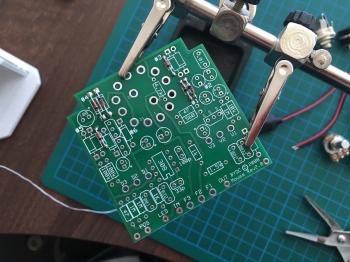 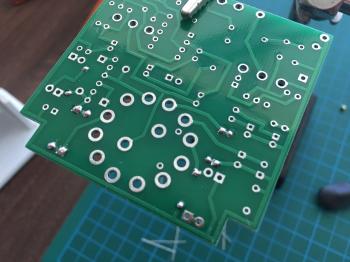 After the diodes were in, I used some of the snipped off pins for the two jumper links. 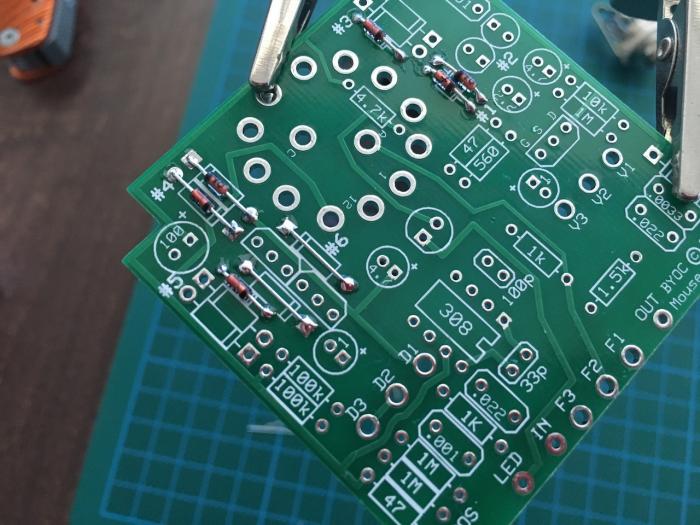 The resistors were in next. 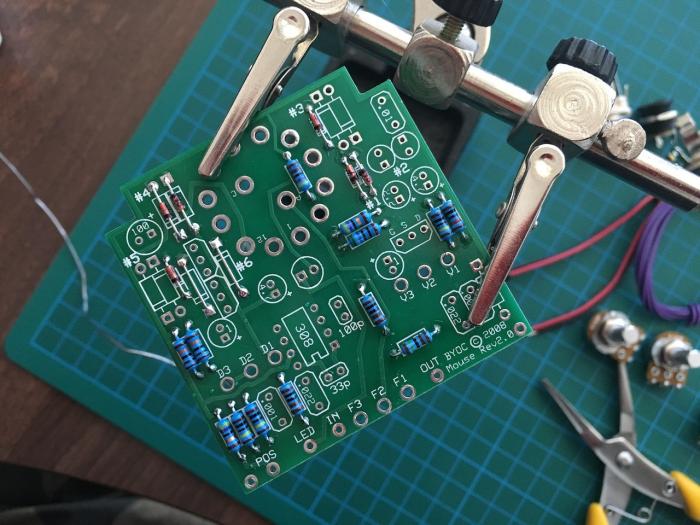 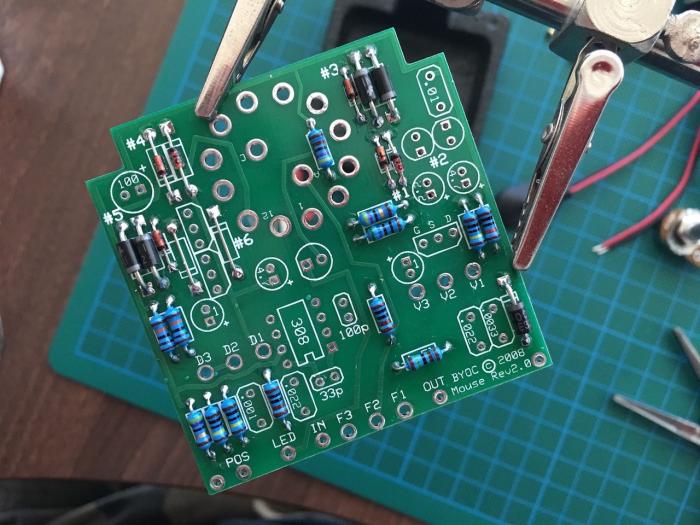 The IC socket went in next. It couldn't be top soldered for obvious reasons so to hold it in place I bent its pins to the sides so that it wouldn't fall out when the PCB was turned upside down for soldering. 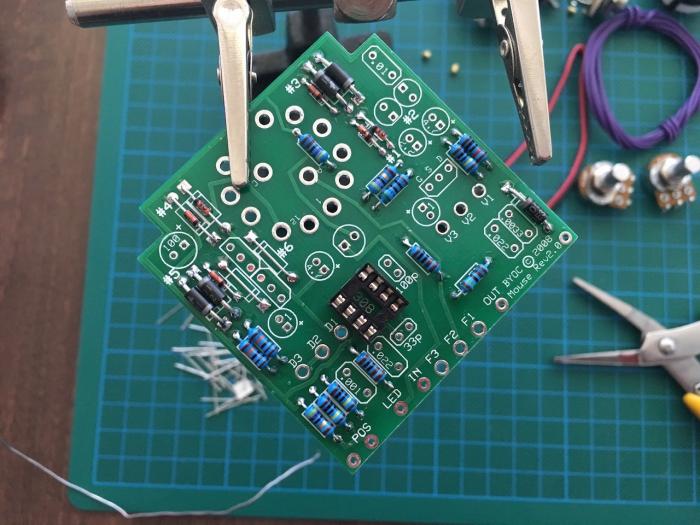 After the IC socket, the transistors were put in. 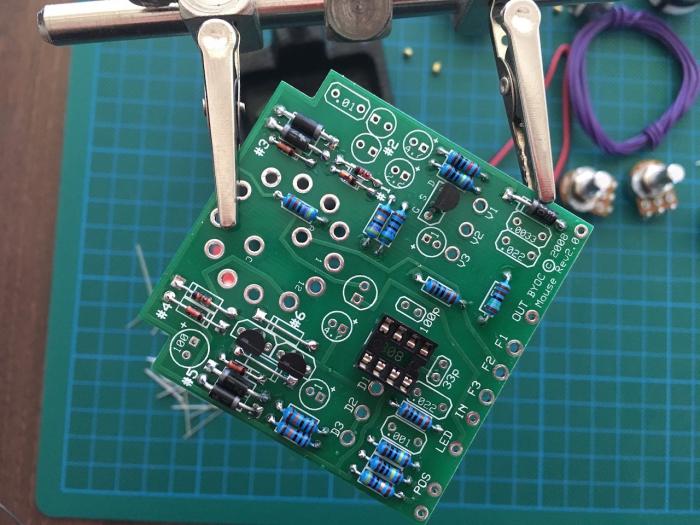 Ceramic capacitors were soldered on next. These could not be top soldered either so I bent their pins out in opposite directions to hold the caps in place. After lightly soldering one of the pins I could straighten the other and solder it in place. Then I finished the first pin by soldering and straightening it out at the same time. 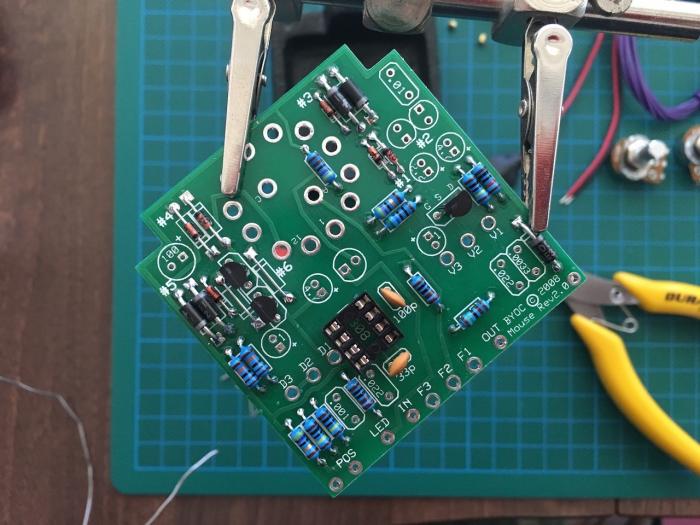 After the ceramics, the metal film capacitors went in. 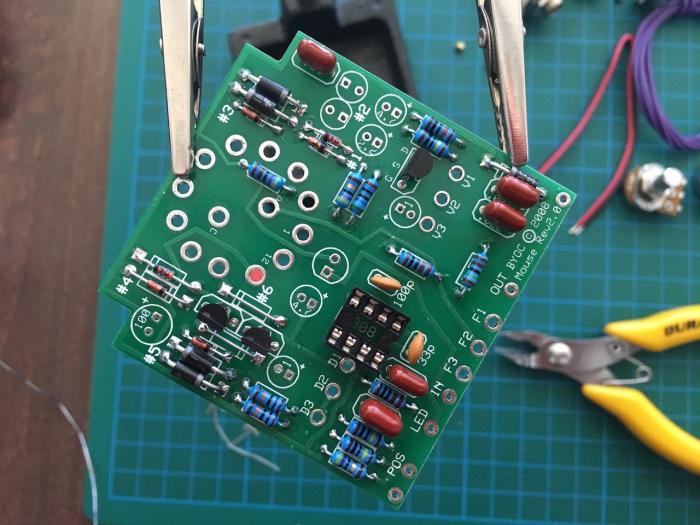 The two red LEDs were in next. 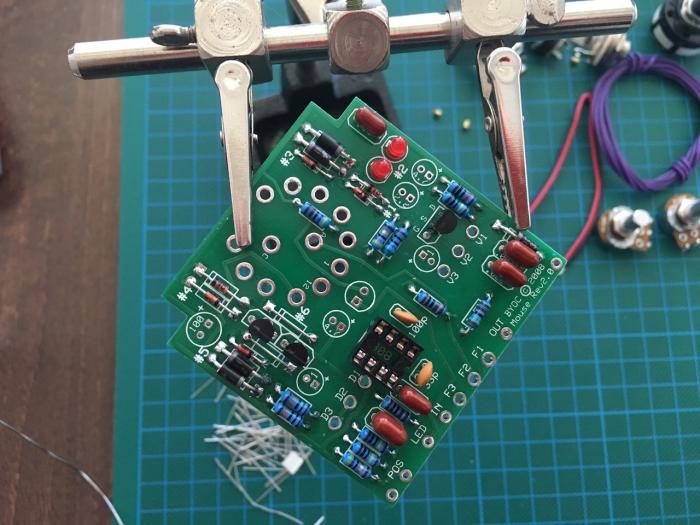 The electrolytic capacitors were in afterwards. 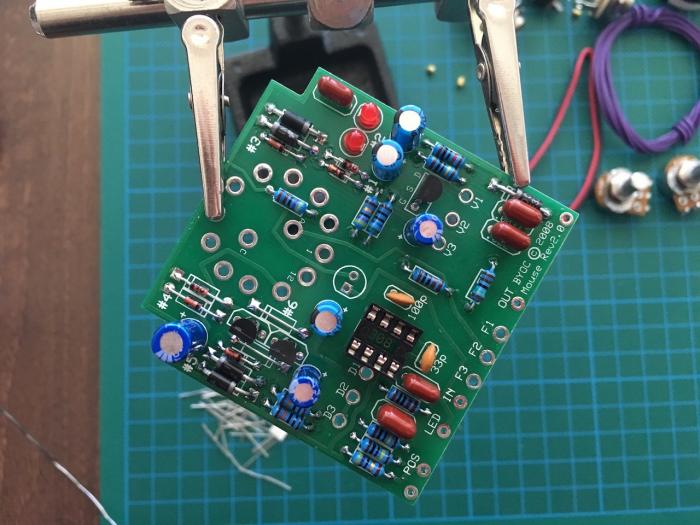 Last was the rotating switch. Mine was already preset to the correct spot but it is worth checking to make sure that inside the number 6 notch is used. The switch is soldered into the board upside down and it doesn't matter which way around it goes. 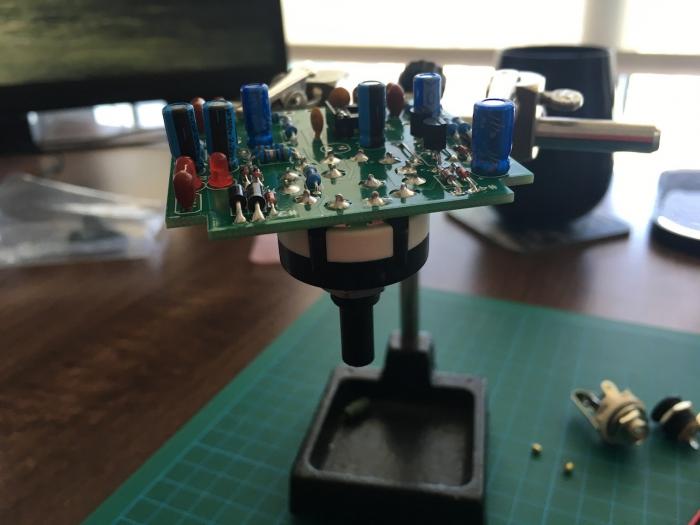 That was it for that part. I had to make progress with the case next. The components below are what I had left over waiting to go in after the case painting was completed. 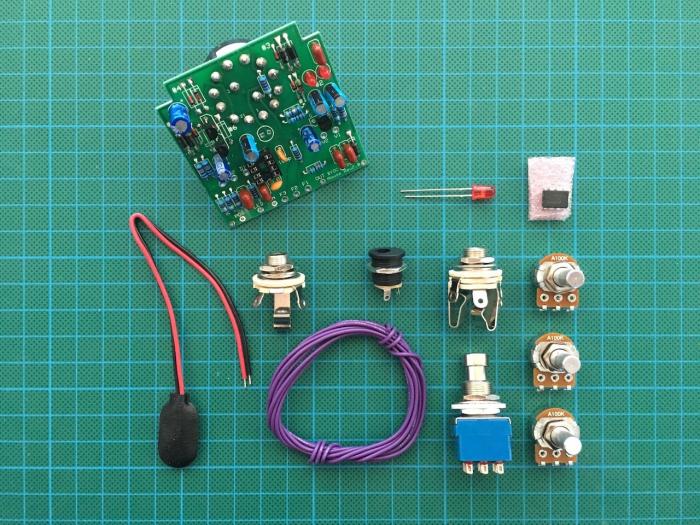 At the moment I am on my 3rd attempt at painting the case, hopefully this time I'll get it right! Stay tuned for updates and completion of this project.

Update: The second part of this article is available to read here.

All content and opinions expressed on this Blog are my own and do not represent the opinions of my employer (Oracle). Use of any information contained in this blog post/article is subject to this disclaimer.
DIY, Electronics, BYOC, Guitar
Igor Kromin