28-Jun-2017
NOTE: This article is 3 years or older so its information may no longer be relevant. Read on at your own discretion! Comments for this article have automatically been locked, refer to the FAQ for more details.
I've been going through some of my junk computer parts this week to see what could be salvaged when I remembered that I had two 2Tb disks in this junk pile. One of them was a Samsung that I took out from a Story Station due to media failure, the other was a Hitachi that I accidentally dropped and damaged its logic board. So I thought maybe I can use the good logic board from one and the internals of the other to make a Frankenstein's monster of a drive.

These were the drives. Both were 3.5" 2Tb disks. The logic boards were clearly of different sizes, but that wasn't a big deal, there were ways around that. Both the drives had 5x Torx screws holding the logic boards in place. The positions of the screw holes were different between the two disks. The most obvious similarity was the spindle ribbon cable, 4 wires with very similar looking connections. 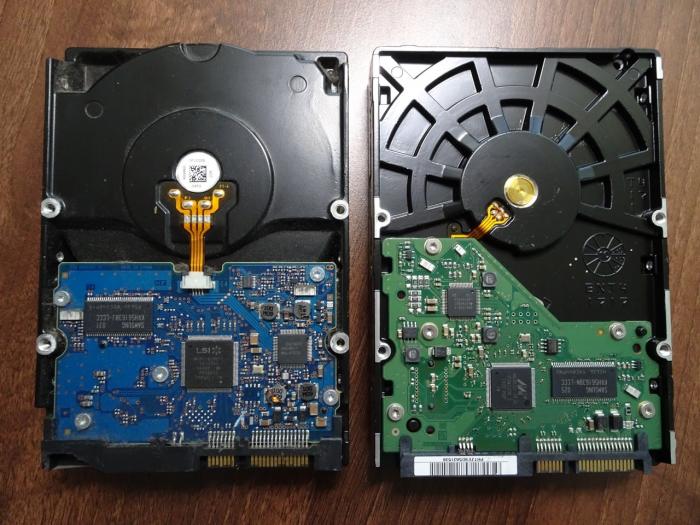 This was a close up of the damage on the Hitachi logic board. One of the ICs was cleanly sliced off, a coil cracked beyond repair and a bunch of other SMD components missing. The Molex connector was also cracked. 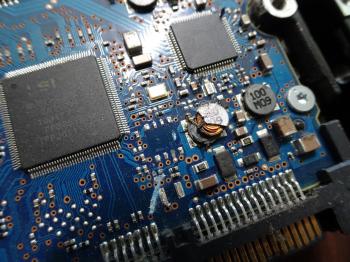 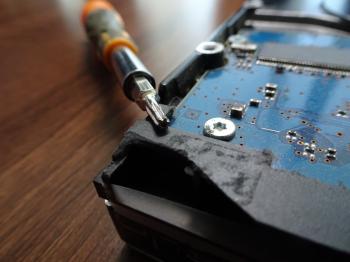 After removing both logic boards it became very clear that they would not be interchangeable. There was a connection under each logic board, presumably for the data bus that wasn't pin compatible. 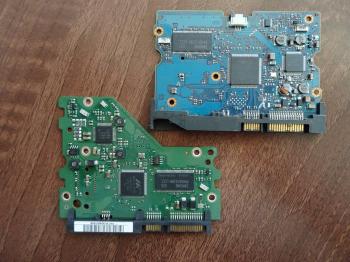 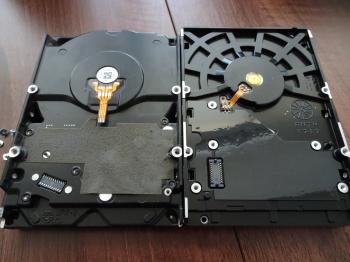 The Hitachi had a 22 pin connector whereas the Samsung had a 20 pin version. The orientation of the connectors was different between the drives and there was no clear indicator which pin was the first pin. 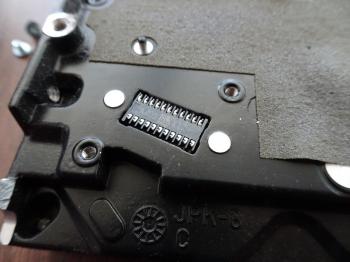 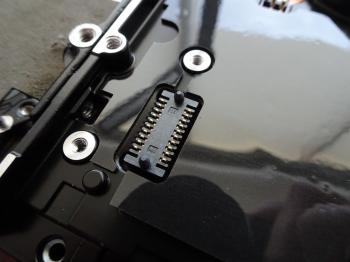 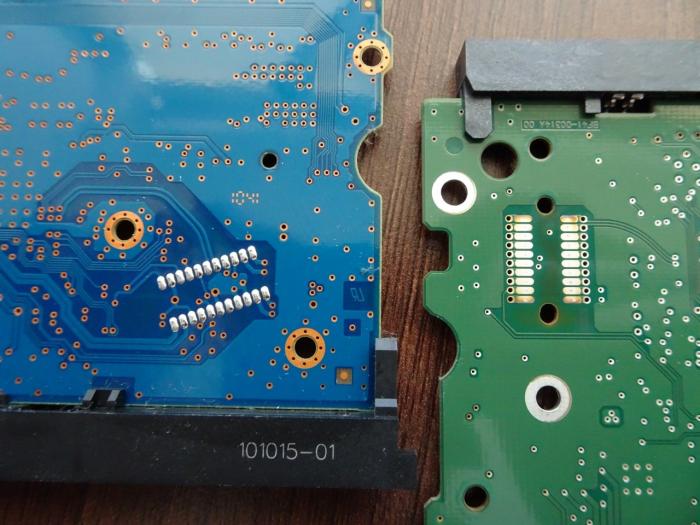 The other side of the logic boards...there were no obvious vias on the Hitachi for it's 22 pin connector, but the Samsung has vias and tracks connecting its connector. 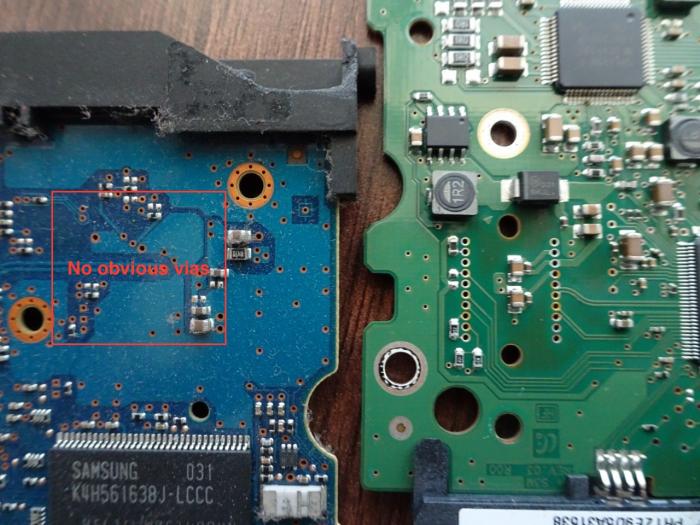 So that's it. Looks like different brand disks cannot have their logic boards interchanged. I tried looking on eBay for a board that I could use for my Hitachi disk only to find that it would be more cost effective to buy a whole new drive!

If anyone out there has a logic board for a Hitachi disk and wants to donate it, I'd be happy to accept it! The board model number is 0A90201. 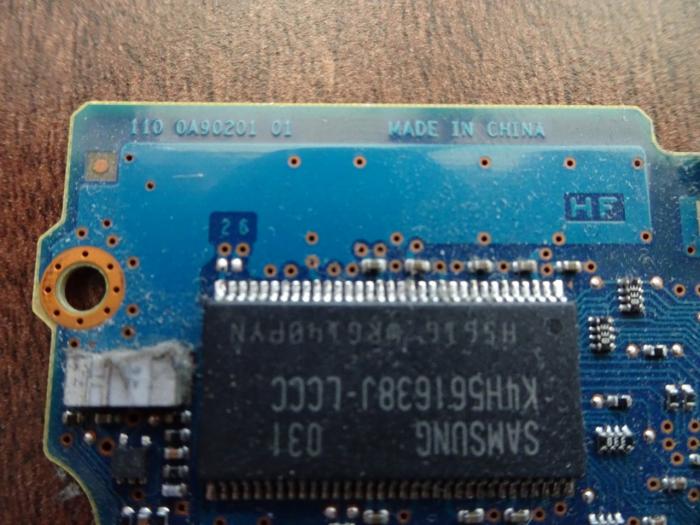 All content and opinions expressed on this Blog are my own and do not represent the opinions of my employer (Oracle). Use of any information contained in this blog post/article is subject to this disclaimer.
Electronics, HDD, Repair
Igor Kromin