jPhotoFrame updated to version 0.3.1 with an image rotation correction utility

9-Sep-2017
NOTE: This article is 3 years or older so its information may no longer be relevant. Read on at your own discretion! Comments for this article have automatically been locked, refer to the FAQ for more details.
It's been over a year since I released the last version of jPhotoFrame. Lately I had a few issues with some photos not rotating correctly so I decided to add an image rotation utility and release a minor update to jPhotoFrame. So version 0.3.1 is now available to download from GitHub.

The source code is of course still in the same spot - https://github.com/ikromin/jphotoframe.

This release addresses the issue of incorrectly rotated JPEGs. This can happen when you hold your camera/phone in an unusual orientation while taking a photo. Since the orientation of the data inside the JPEG and how the image is meant to be displayed do not always match, it's possible to get some images being displayed with incorrect rotation. Most modern tools take care of this orientation mismatch for you so it's usually not noticeable. You can learn about this more here.

However, because jPhotoFrame is just using vanilla Java code to load and display JPEGs it was doing things like this sometimes... 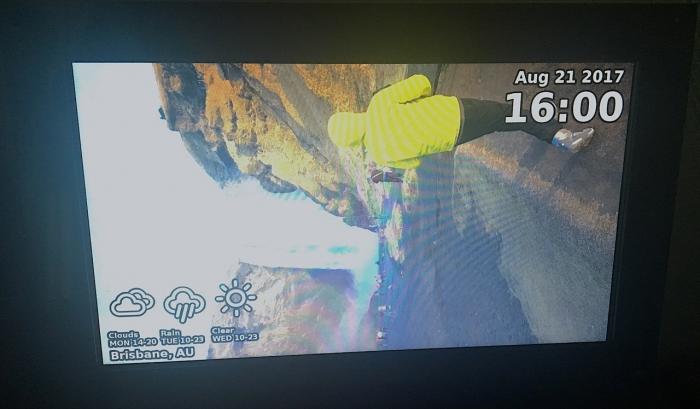 Oops! That particular image should have been rotated by 90 degrees to the right.

Based on this and with the aid of the mediautil library I put together a small utility to recursively fix image orientation for all JPEGs in a directory. This utility scans the entire directory and all of its subdirectories, tries to load any JPEGs it finds and if the orientation needs adjustment, it rotates the image data to a standard orientation and overwrites the original file.

Running this utility is a matter of running the fixrotation.sh script or doing something like this...

Here the directory name is /Personal/tmp/photos. As mentioned earlier this utility will attempt to fix all JPEGs in this directory and all of its subdirectories.

I ran this on a few hundred images and it runs pretty fast and so far has worked quite well. Don't forget to look at the README and download the latest version 0.3.1 package here.

All content and opinions expressed on this Blog are my own and do not represent the opinions of my employer (Oracle). Use of any information contained in this blog post/article is subject to this disclaimer.
Java, Software, jPhotoFrame
Igor Kromin