30-Sep-2017
NOTE: This article is 3 years or older so its information may no longer be relevant. Read on at your own discretion! Comments for this article have automatically been locked, refer to the FAQ for more details.
The SNES mini classic was finally released today and we went to pick up our two this morning. One to play with, one to keep on display! This is an unboxing and a quick play through of the system. Not going into too much detail, just my first thoughts.

The front of the box looks very much how I remembered my original SNES looking way back in the day. The 20+1 games is great but what's this +1? Well, on the back you find out that Star Fox 2 is unlocked after finishing the first state of Star Fox. Cool! 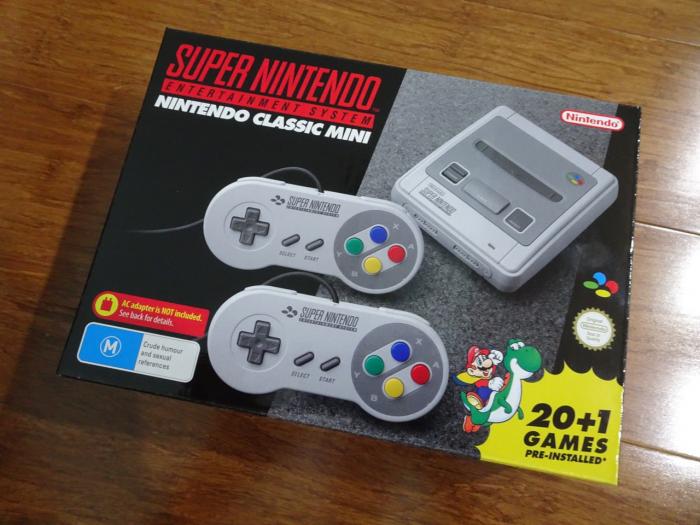 The back of the box is equally as impressive. The list of included games is clearly visible and wow what a list, those titles are perfect! 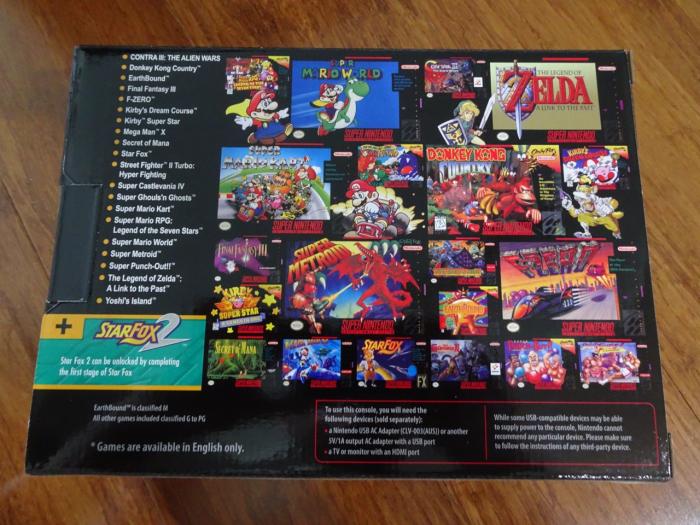 Inside you find the manual that straight away shows that you need to connect the SNES mini to a USB port somewhere around your TV. Most TVs these days would have one, I used the port on my amplifier instead. The USB cable is of course for power. The packaging inside is nicely done, I especially liked how the SNES mini itself is in a separate compartment that flips out of the box to reveal the cabling stored underneath. 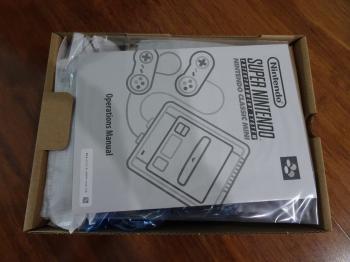 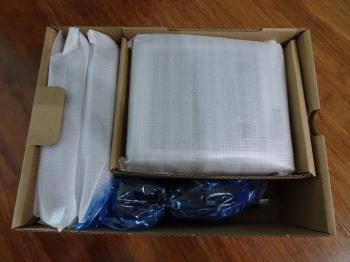 These are all the contents. Two controllers, HDMI cable, USB cable, the SNES mini itself and the manual. 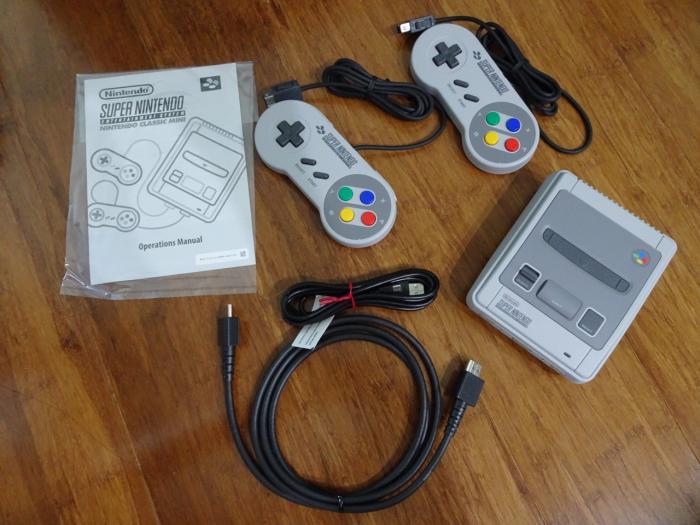 The console itself is just adorable. It's so tiny! My PS4 (even the Nixie clock) dwarf it in size. 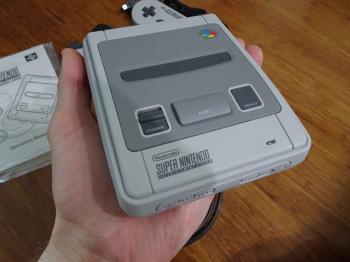 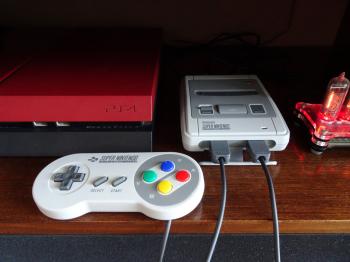 I really like how the connectors for the controllers are cleverly hidden by a flap that looks like the original connector ports. Nicely done Nintendo! 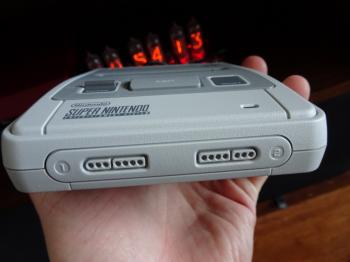 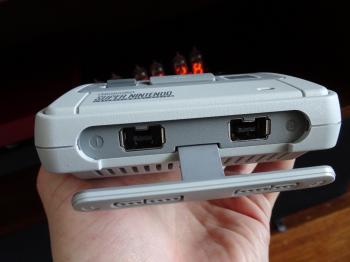 I'm still not super impressed by the length of the cables even though they reportedly are longer than the NES mini cables. These stretch about half way to my couch, so it means moving the coffee table and sitting in the middle of the room whenever I want to play the SNES mini. 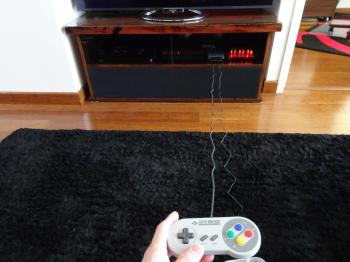 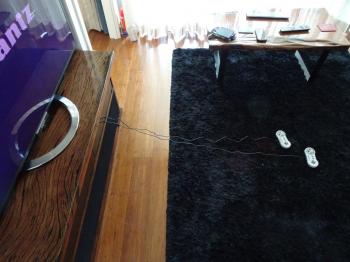 Anyway it was time to power it up! The power switch and reset buttons are fully functional. The red LED light on the front indicates when the console is switched on. As expected the eject button and the cartridge slot don't move and don't do anything. 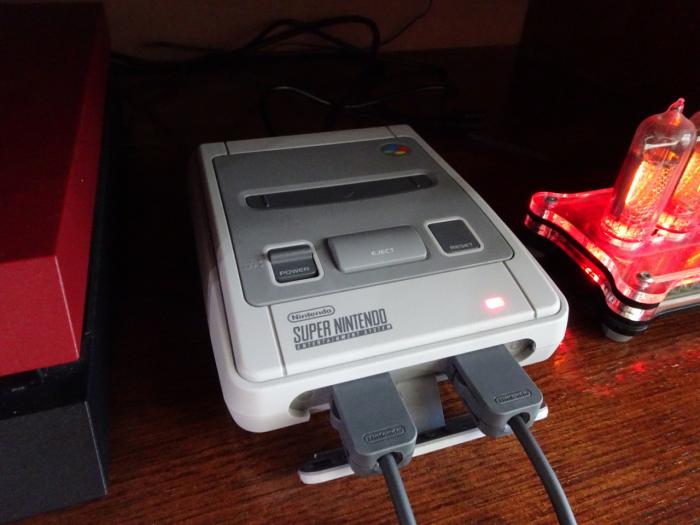 After turning the console on the first time it asks to select which language to use, then the main screen is presented in glorious HD. 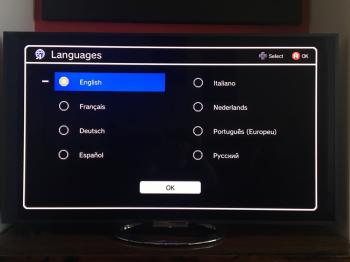 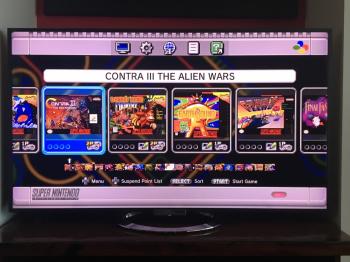 Quick look at the display settings reveals three display modes. CRT Filter, 4:3 and Pixel Perfect. I left it on the default setting, which is 4:3. There is also an option to select which kind of border is shown on a wide screen. The default is black, which I kept as is. 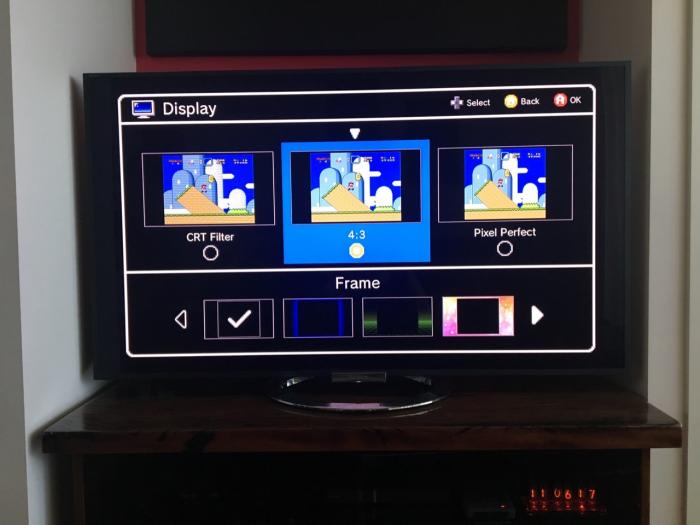 Naturally I had to play Donkey Kong Country as that was my favourite game as a kid, so off I went! 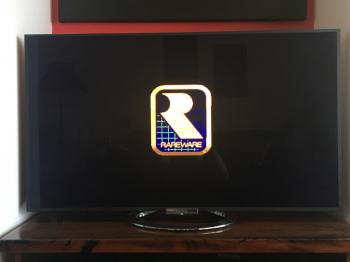 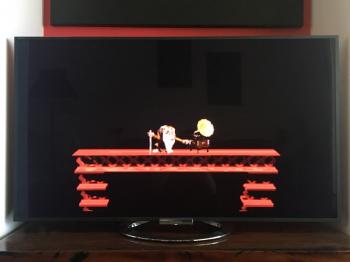 I was immediately unimpressed with the badly pixelated mess that was shown on screen. This was in the 4:3 mode. I decided to switch display modes to see if it improved. 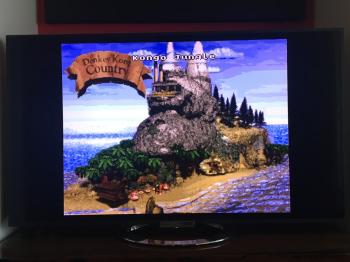 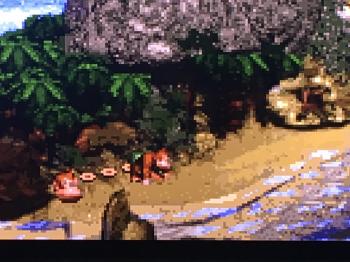 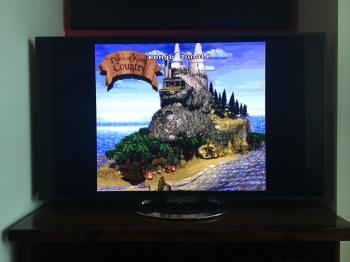 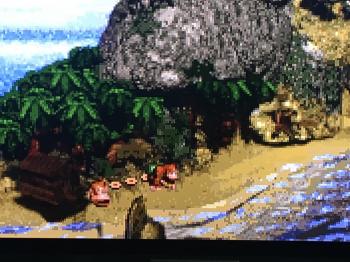 The CRT Filter mode was by far the best looking. You get the interlaced lines, but the pixelation goes away. I think overall it looks more effective this way anyway. Definitely most nostalgic! 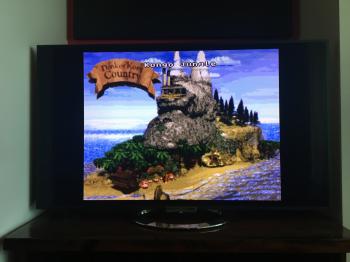 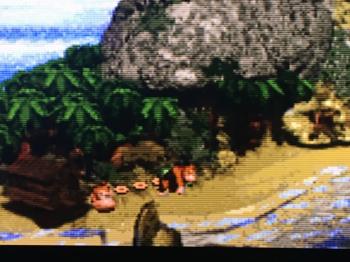 That's pretty much as far as I got. I've tried a couple of other games but haven't explored the various additional features that the SNES mini provides like state saving (suspend points). This is a nice console and a great way to re-live these old classic games on modern hardware. Looking forward to playing with it more!

All content and opinions expressed on this Blog are my own and do not represent the opinions of my employer (Oracle). Use of any information contained in this blog post/article is subject to this disclaimer.
SNES, Review, Australian, Nintendo, Unboxing
Igor Kromin