7-Dec-2017
I've recently received some comments on a previous article I wrote about scheduling PHP scripts using Cron that were asking how to pass parameters to the script. In this article I look at a number of different methods this can be done.

Note that if register_argc_argv is disabled (set to false) in php.ini, these methods will not work.

First lets see what will 100% not work. If you're used to passing command line parameters to a PHP script in a web browser using a query parameter (and then looking it up using $_GET), you may be trying to do something like this...

Of course PHP will promptly reject this with an error like this...

The reason that happens is because PHP is looking for a file called "script.php?param1=value1" but the script is actually called "script.php". The file system is not a web server so it doesn't know how to handle query parameters. A different approach is required.

Lets look at the 'classic' method to pass command line parameters to a script - using $argc and $argv.

Here's a PHP script that displays all of the command line arguments that were passed to it...

To pass command line arguments to the script, we simply put them right after the script name like so...

The output produced is...

Note that the 0th argument is the name of the PHP script that is run. The rest of the array are the values passed in on the command line. The values are accessed via the $argv array. This approach works, but it is very simplistic and doesn't play well if you're looking to transition from a query parameter way of passing in values to your script. With this approach there is no way to give names the the command line arguments being passed in.

If you want to be able to assign variable names for the values being passed in, getopt() is the way to do it. Lets look at a different version of the script now...

The output produced is...

There are some major differences here. First with getopt() you must specify which command line argument you want to retrieve. In the case of this script, it looks for the "-p" argument, that's specified by the "p:" value passed to getopt(). The colon (:) means that the parameter must have a value. If you're used to doing something like "script.php?p=value1" this is an equivalent for the command line.

It's possible to pass multiple values in as well e.g.

In this case, the value changes to an array, so it's important to check the value type before using it.

If you want to pass in multiple differently named parameters e.g. "p" and "q", you change the getopt() call like this...

The above way of using getopt() limits your to using single character parameter names, what if you wanted to use a parameter name like "name"? This is also possible, we just change getopt() call to this...

When using long parameter names, the way that the PHP script is run changes slightly, in this case we pass the parameter like so...

The output is then...

This can be expanded to multiple differently named parameters too. Passing the same named parameter multiple times also results in the value being of an array type, same as described earlier. It is also possible to pass values with a space in them by putting them in quotes.

This article doesn't cover all of the possibilities with getopt() but it gives a starting point and hopefully now you can convert your script that uses the usual query parameters with $_GET to something that uses one of the approaches outlined above.

All content and opinions expressed on this Blog are my own and do not represent the opinions of my employer (Oracle). Use of any information contained in this blog post/article is subject to this disclaimer.
Programming, PHP, Howto
Igor Kromin 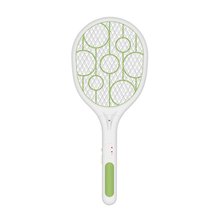